Out of the Mouths of Artists: Michael Gimenez

“Out of the Mouths of Artists” is a new bi-monthly series on the Bad at Sports blog. The series presents a space for guest artist bloggers–of varying career statuses–to write, to reflect, to pontificate on their current situations, failures and/or successes, and ideas on what it means to be an artist. “Out of the Mouths of Artists” also gives readers a glimpse into artists’ portfolios and studios. 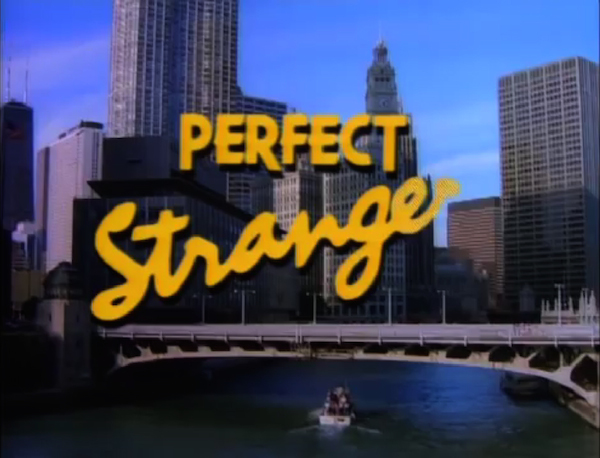 For my first trip to the United States in the summer of 2000, I accompanied a contemporary dance company on tour in several Michigan towns as their photographer. I was afraid to live this journey through the visual prism of thousands of hours of American television series and movies that had saturated my mental images. I promised myself that I would look at each thing with virgin eyes, cleaned of any cinematographic references. Upon landing in Chicago, the view offered up and framed by the plane window struck me: I clearly remember having the impression of traveling through a TV screen, materialized by a yellowish haze and a myriad of swimming pools.

My very first vision of the American territory was exactly like a thousand other shots I had seen on television series. An aerial shot above a sunny metropolis.

Twelve years later, some of which were spent in the School of Fine Arts of Montpellier in France and some producing art in Prague in Czech Republic, I planned a second trip to the United States. I had decided to fulfill a desire growing inside of me since first viewing motion pictures that had been made in the U.S.A.—a desire that 95% of French boys from my generation secretly wished to achieve. A road-trip across America. Skyscrapers. Spanish moss. Dusty roads. Red sunsets. Close encounters? 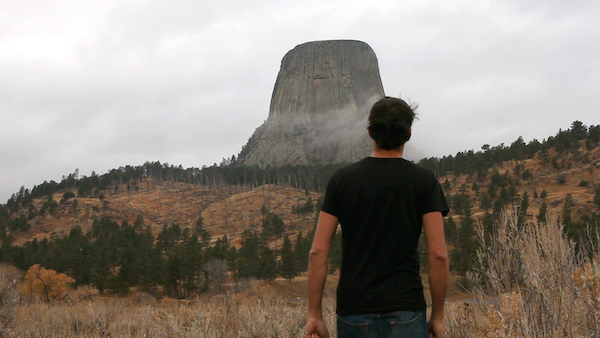 July 2012: Before I leave, my friends tell me that during their stay in a campsite a few hours from New York, they saw bears sneaking around their tent and eating their food. They tell me to be careful because I will probably cross paths with some during my trek.

For this trip, I also aimed to start a film project questioning why we still want to see and represent Native Americans as imaginary Indians. For this reason, I decided to stay a few days on the Pine Ridge reservation in Wounded Knee, which would be my last stop before dropping the car off that I had borrowed in Chicago. Wounded Knee is a highly symbolic place within Native history. It’s where more than 150 men, women and children were massacred in 1890, and it later became the catalyst of the American Indian Movement. The day before I hit the road to Wounded Knee, I looked at one of the movement leaders’ Wikipedia page—born in Pine Ridge, activist but also movie actor, Russell Means. I was surprised to see a date of death beside his name, thinking that it was a mistake. I was immediately stupefied to learn he had died that very day. For lack of meeting Russell Means in person, I would go to his funeral. He had returned to the reservation to die. A missed encounter.

September 2012: While I’m stopped in Marfa, Texas, the young French girl who is hosting me tells me all about the beauties of Big Bend Park, where she and her friends had met a bear, and how it was wonderful.

I recently started creating 3D models of edifices and monuments to incorporate into Google Earth. I started it somewhat spontaneously after finding out that the factory chimney towering over my hometown of Rive-de-Gier, which is classified as an historical monument, didn’t exist in this virtual world. The chimney is more than a century old and is as high as the hills that surround the industrial valley where I grew up. At one point in history, it was the tallest chimney in all of Europe, standing 360 feet tall. The landmark is visible from many spots over town, even from my parent’s house. My dad worked in the metallurgic factory connected to the chimney for 45 years.

Currently, I am finishing a model for the gate and memorial of the Wounded Knee cemetery. Next, I will make the Haymarket Square Memorial. On May 1st of this year, I found out that International Workers’ Day originates from the workers’ struggle to install an eight-hour shift right here in Chicago, back in 1886. Many of them were killed. These types of edifices also need to exist on the virtual globe. 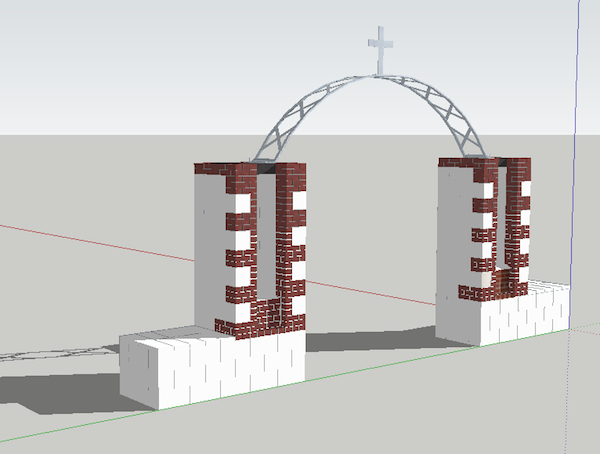 Mid-September 2012: While crossing the Navajo Reservation in Arizona, I give a ride to Native hitchhiker who is going back home to Kayenta. When he gets out of the car, he tells me to be careful because there are a lot of wild animals on the road. I won’t see a single one.

For the past three months, I have been working on a documentary about a movie that made a mark on me when I saw it in the nineties, and didn’t receive fair recognition. Clearcut is a great thriller, but it primarily presents an unseen and non-stereotypical characterization of Natives. The Canadian film was actually made by Polish director Ryszard Bugajski. In April of this year, just before leaving for Chicago, I met and interviewed Ryszard in Warsaw. His analysis regarding the way his film was received in North America—very well by Native people, very badly by Canadians—was revealing for me. He defended the proposition that a European person would actually be in a better position to depict a sensitive and typically American issue like Native genocide. Ryszard himself had to flee Poland to Canada to escape the Communist regime; he knows about oppression. Empathetic, but impartial. Free of guilt. 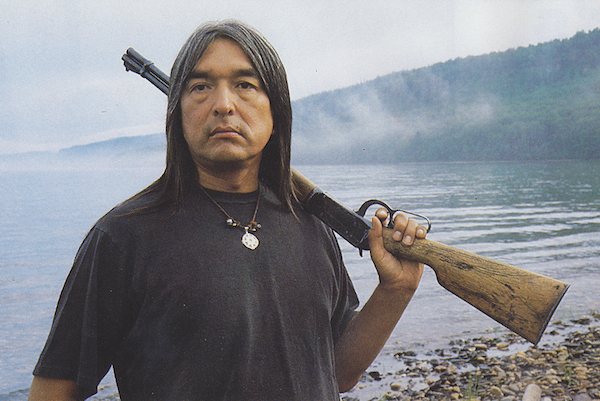 End of September 2012: I’m in California, halfway into my road trip. The grizzly waving on the state flag is the only bear I have seen so far.

The more I learn about the United States, the better understanding I have of European history. Because I lived in Central Europe for several years, I can now see the Polish, the Czech and the Hungarian influence on the construction of American history (especially on cinema) and on Chicago, which houses the largest Polish community in the U.S. and the artists’ neighborhood Pilsen.

October 2012: I stay for a few days in Yellowstone Park, set on seeing a bear. Bears are extremely active in the fall because they have to fill up before going into hibernation. The park is overpopulated… with warning signs explaining how to hide your food and stay alert, et cetera. Instead, I venture off treks with my camera as my only weapon. Not a single fur.

I also approach my work by focusing on new formats generated by what we call “the Internets”. I make use of different on-line media (comments, forums, YouTube, Google Earth, newspapers, etc.) as raw material to incorporate in my installations. For instance, in the installation Punctum Remotum, I wrote a short novel narrating various YouTube videos. And in the video Drammatical, I transformed the user-comments of an online USA Today article into a multi-dialogued video.

November 2012: Just before I return to Europe, a friend takes me to the Chicago Zoo so I can at least see a real-life bear on American soil. It’s already very cold, and the zoo seems to be asleep. Most of the animals are trying to keep warm. We finally reach the bear neighborhood to find the other side of the fences completely deserted. We run to the polar bears’ swimming pool—it’s empty. Even the polar bears are cold in Chicago? Anyway, they’re invisible. At least until spring.

Today, two months after landing in the Windy City for the fourth time, I’m starting to seriously get used to the idea of living, working and creating in this city. Then my girlfriend is offered her dream job—a job that will take us away for three years to Glasgow. Scotland. Back to Europe.

I look at the red carnation that has been poised in a glass jar on the kitchen table for more than two weeks. Its petals haven’t quivered. In this country, flowers don’t rot. The red flower is mocking me as if she knew she was just a picture. Eternal. Virtual. 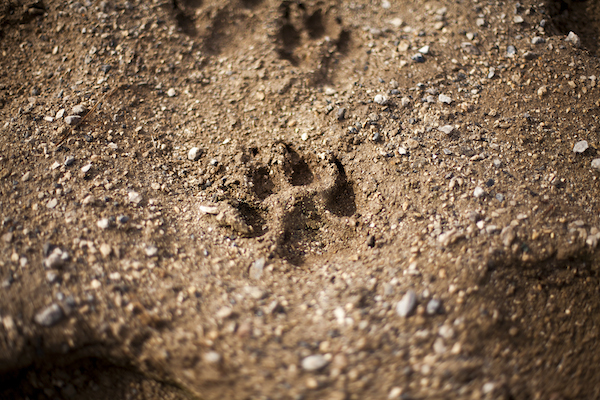