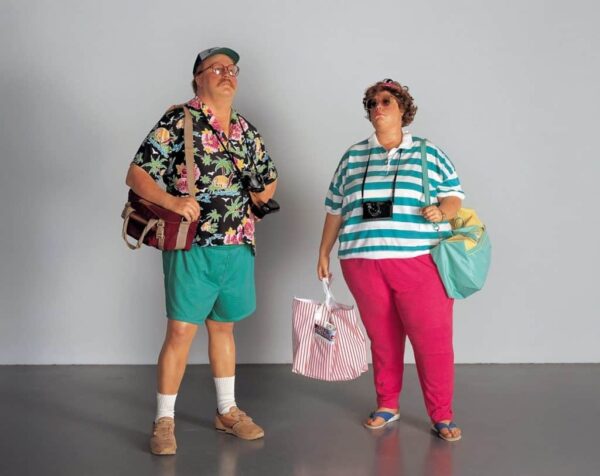 For many years, when it came to the art world, I felt a lot like the “man who wasn’t there” as in the opening of this William Hughes Mearns poem:

Yesterday, upon the stair,
I met a man who wasn’t there
He wasn’t there again today
I wish, I wish he’d go away…

And it definitely seemed like plenty of folks shared the sentiment of wishing I’d go away. I had a bit of a habit of being like the kid that very ostentatiously tells his parents that he is running away, and the parents, understanding the ruse, ignore the declaration. It is actually much more complicated than that, but time and space are limited.

I have been the B@S social practice gadfly on and off for a long time, mostly as part of their Open Engagement coverage. And a decade ago, we sat down with Stephen Wright, someone that has a propensity for thinking about art that isn’t art and artists that aren’t artists. However, he has used different terms to describe this – “spy art,” “off road conceptualism,” and “stealth art.” I have used other nomenclature – “escape artistry,” “the art of refusal,” and “lebenskünstler.”

Again, though, it is so much more complicated, as laid out by Wright in a published piece that year:

“…They seem to be seeking to escape performative and ontological capture as art altogether. It is certainly possible to describe them as having a double ontology; but it seems more closely in keeping with their self-understanding to argue that this is not an ontological issue at all, but rather a question of the extent to which they are informed by a certain coefficient of art. Informed by artistic self-understanding, not framed as art.”

The conversation on this topic at Open Engagement eventually turned toward me specifically and the notion of artists leaving the art world:

Sal Randolph: I think we have one sitting to the left of me. You haven’t left the art world Randall?

Sal: Yeah but you went through art school never being in it. So to me you’re like one of the premier escape artists in this frame.

Duncan Mackenzie: So your three degrees in the art world don’t constitute involvement?

I should clarify something, I’m technically a “Writer in Residence” for B@S, and, as you can see, I’m not much of a writer, more of a “quoter.” So in addition to having the temerity to be an artist that isn’t an artist and doesn’t make art, I’m often a writer that isn’t a writer and doesn’t write. So I’m full of explanations that “are not going to do.” I was/am in the art world in a technical sense, I even have a CV to prove it. But that CV is more like an art object than anything I’ve ever made. 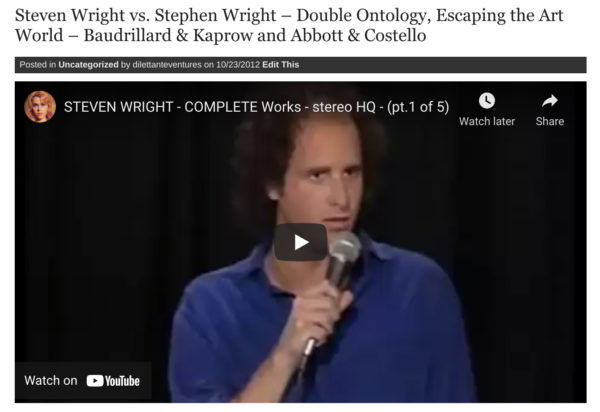 One of the only things I remember from art history is the term “trompe l’oeil” which is kind of how my CV functions, as a seemingly real thing that upon closer inspection, is an illusion. In fact, aside from some time in the early 90s I’ve never actually claimed to have made anything called art. And having an MFA and an MA from art programs in the late 90s made that a particularly challenging situation. How exactly do you get into, and get degrees from, art programs without being an artist or making art? That is also too complicated and time consuming to explain here. But suffice to say, there was a lot of “quoting” going on. My “project” as it were was to explore the tension between two ideas. The first, from Allan Kaprow, was one I took quite literally: “Once, the task of the artist was to make good art; now it is to avoid making art of any kind.” The second, I also took literally, but secretly, lest I make everything too easy for my art school folks to digest. It was from Raoul Vaneigem: “The work of art of the future will be the construction of a passionate life.” You can see how making that an open motivation would make everyone conclude in the artiest of arty ways that my not making art, was in fact the art. Eyerolls all around.

Flashing forward a couple of years after the Stephen Wright interview, a major turning point occurred. Rather than hang out at the margins of Open Engagement, I was going to be a legitimate participant. I had “presented” at the 2010 conference but it was a presentation that wasn’t a presentation with Ted Purves inspired by Sarah Palin’s book Going Rogue. For the 2014 conference I was scheduled to present “Escaping the Art World,” but then A Great Big World and Christina Aguielra released “Say Something” and all kidding aside, it was as influential on whatever my so-called practice is, as just about anything:

The song pushed me from the notion of escaping the art world to breaking up with the art world. Something about that made more sense. At that time, my participation and withdrawal felt more like the often painful see-saw of an on again/off again relationship than a game of hide and seek. And that perspective gave me the resolve to finally cut all ties and I held strong for all of 2014.

However, as Allan Kaprow notes in The Education of the Un-Artist, Part I, “…the idea of art cannot easily be gotten rid of (even if one wisely never utter the word). But it is possible to slyly shift the whole un-artistic operation away from where the arts customarily congregate, to become, for instance, an account executive, an ecologist, a stunt rider, a politician, a beach bum. In these different capacities…[art] would operate indirectly as a stored code that, instead of programming a specific course of behavior, would facilitate an attitude of deliberate playfulness toward all professionalizing activities well beyond art.” You may recall that Wright mentioned a “coefficient of art” and I think that is clearly aligned with Kaprow’s “stored code.” But what happens if you shift away from where the arts congregate as Kaprow suggests, and give up artistic self-understanding as Wright mentions? Can the code be jettisoned? Can you really become an off road conceptualist? Does that require driving off the map? Or off the territory? And what happens if the line between them becomes blurred? I have been answering this in the way one answers a beckoning, more so than the way one answers questions, as I don’t think there is finality beyond the paradox of art that isn’t art. It may be as simple as doing without art as Steven Connor suggests:

“Doing without something like drink, religion or art, would mean that there was no longer any without about it. [emphasis mine]. One would have relinquished not only the thing itself, but also the relinquishing of it. This sounds like a harder thing to do than it is…The trick, no trick really, is precisely to start doing other things instead, to find other forms of destructive appropriation, which will enable other kinds of world-making, the making of other kinds of world.”

I have been trying to relinquish the relinquishing for a long time now and have still more to say, but I’ve said a lot without saying very much already and have some stairs to climb. 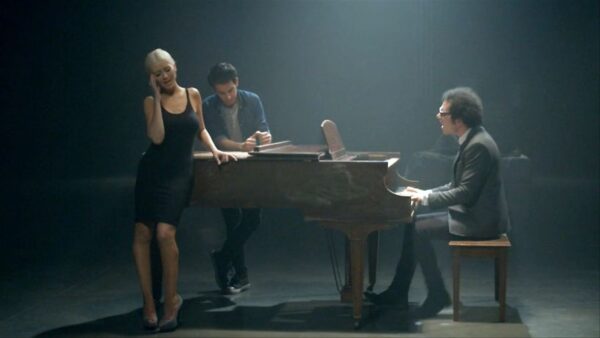