The Greatest Op-Ed of All: The Dobrzynski-Durston Proposal

Imagine that a writer named Judith H. Dobrzynski boards a plane. Sheâ€™s ambivalent about her recent op-ed for the New York Times, â€œHigh Culture Goes Hands-On,â€ in which she mourned the loss of a classic, passive museum experience. The response was decent (63 comments and a spot on the “most-emailed” list), and the negative response didnâ€™t go much beyond baseless ad hominems (â€œcrank,” â€œelitist”). But real-world impact? Judy sighs. She tries not to think about institutions these days, their obsequious rush to digitize, crowdsource, and create a â€œfun experienceâ€ for all. Instead, she thinks about real change: about her upcoming fellowship at the Salzburg Global Seminar in Austria, and how sheÂ helped influence the country’s new Holocaust restitution laws. Judy sinks back into her business class seat (being a Fellow has perks!), orders a tomato juice and relaxes, thinking of all the reading sheâ€™ll be able to catch up on in the air.

Imagine that a writer named James Durston is excited. Heâ€™s boarding the brand new Boeing 797 Dreamliner and is going to be live tweeting the experience from business class (dimming windows PLUS free booze!). Heâ€™s got way too much editing to do, but right now heâ€™s feeling good about his latest op-ed for CNN Travel, â€œWhy I hate museums.â€ Sure, only 400 comments (something like 10 times that many for the â€œfat taxâ€ piece) but he did score official responses from theÂ Art Institute of Chicago and the American Alliance of Museums. He makes a mental note to re-stir the pot with a follow-up in early December. James tosses his bag in the overhead and sits down, mentally composing a tweet about the woman beside him and WHY anyone drinks tomato juice on planes?? Still, he did use SeatID–they must have something in common. Heâ€™ll save the introduction for later when he runs out of content for his posts.

Imagine thatÂ now, today,Â both look back and still wonder what happened. They remember the startâ€”the EyjafjallajokullÂ volcano waking up, their flight being grounded in Greenland, the nervous stewardesses plying them with drinks, and more, and more. The introductions, the argument, and then the gradual, dizzy belief that their two opinions needed to be reconciled. Had to be, in fact. What if this was the end of world? Reconciliation–for humanity, for the future. So they set about writing the op-ed of op-eds, tapping out the characters on Jamesâ€™s phone. Finally an op-ed truly for everyone. The Dobrzynski/Durston piece appeared on a brand new WordPress site, shocking the likes of Robert Connolly, Dana Allen-Griel, Dennis Kois, Ed Rodley, and all the other voices of studied moderation stuck further back in economy, sipping orange juice, thoughtfully biding their time. As Judith and James know, sometimes the world needs action. We should thank them for reminding us of that. Below is the full transcript of the Dobrzynski-Durston article.

The current institutional climate is unsustainable. And no fun. Most museums are in grave financial straits, mostly because there are better things to spend money on. Itâ€™s time for institutions to become the friendly, self-supporting, no-gift-shop entities they always should have been. The following is a list of proposals we urgently urge to be effected.

1. Weâ€™ve heard about museums, especially smaller, local ones, creating wonderful exhibitions on tight budgets. Maybe so. Those people sitting back in economy can really chew your ear off with examples. We both enjoy periodic visits to the provinces, and writing about them too, Â but letâ€™s be honestâ€”it needs to start in New York or Hong Kong. Trickle-down culture is real.

2. Institutions claim to generate 7 public dollars for every $1 invested. (Right. Whereâ€™d they get those numbers?) The people of Detroit did vote to raise their own taxes to support the DIAâ€”itâ€™s called millage, Jamesâ€”but thatâ€™s an exceptional case. Ann Arbor residents were forward-thinking enough to reject a new art tax. Bleeding heart art lovers need to be realistic: public funding = not the answer. Private funding = yes.

3. Museums do need to sell off workâ€”thatâ€™s called deaccessioning (thanks, Judy). Some call up the auction houses and rush the work out the door on a stretcher. Others are models of ethical responsibility–the Indianapolis Museum of Art, for example, lists all the work being sold on its site along with reasons for each sale. Thatâ€™s good, but not good enough. They should show their reasons, not just tell us about them. Imagine if the DIA did something like: [pic of Diego Rivera mural] = [pic of 25 million open lunchboxes with PB&J, apple, milk]. #Prioritize.

4. Old vases are boring (especially ones from Iran, imo). They should be sold to established patrons of the arts and other old rich people. Who else cares about/truly appreciates them anyway? Same goes for anything Â more than 30 years old or that doesnâ€™t inspire transcendence. If in doubt, just tweet us a pic.

5.Â In the spirit of compromise, museums should divide their days between different audiences. On Wednesdays through Saturdays they should distribute free popcorn and edamame, fill the gallery with animals from a local petting zoo, and encourage full interactionâ€”touching, smelling, lickingâ€”with the entire collection. On Sundays through Tuesdays, the cicerones will make sure that no more than four people are in any one room at the same time, monitor how fast individuals walk, andÂ confiscate any and all electronic devices. Individuals will be required to spend set minimum amounts of time contemplating each piece. If any individual fails to adhere to these measures, they will be required to write an essay explaining why. 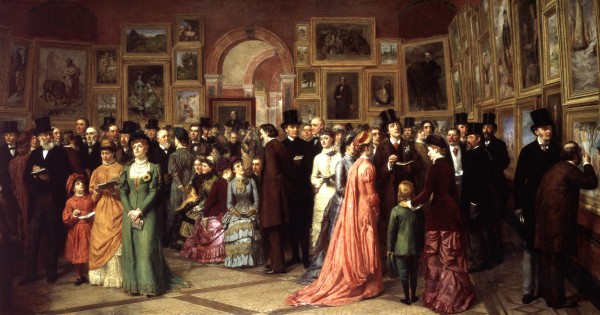 7.Â To generate revenue, offer paid chances to feed the animals and the option to limit the gallery to even less than the standard four people (on respective days, of course). Employ local actors who will alternate between impersonating art world authorities, historical figures, and general celebrities.

8. Reenact the creation and history of items throughout the week. It will be a little like Danteâ€™s Inferno, each actor trapped in a different area, telling his story over and over again (Judy’s description, my idea). For example, one of the actors can be Leonardo da Vinci: put the Mona Lisa on an easel in front of him and have him paint and tell the sad story of Lisa over and over to the general audience. Add drama when appropriate, regardless of accuracy. Reach out to Hollywood and book publishers, offering to add their narratives to the â€œofficialâ€ institutional version in exchange for sponsorship.

Â 9.Â Fully integrate work on display with life by created rentable, themed rooms, e.g. The Birth Room, The Death Room, etc. True art lovers will be able to pass with their eyes locked on an original Georgia Oâ€™Keeffe, or to bring a new being into the world under Van Goghâ€™s sunflowers, or to make love under the Venus de Milo. Anyone attending that day will be able to watch. Both sides will payâ€”

Phoneâ€™s about to die, got to post now. Whatever happens, this is the truth. Follow me online!

Imagine that that this is how the op-ed ends. The volcano went back to sleep and the sky over the Atlantic cleared. Fifteen hours later the Boeing landed at Heathrow, the passengers half drunk and half hung-over, but otherwise unscathed.Â There, Judith H. Dobrzynski and James DurstonÂ seem to have parted ways, never to collaborate again. Judy went back to lucid commentary on the art world, James to commissioning and writing popular travel articles.

If the phone had been fully charged, how would the Dobrzynski-Durston op-ed have proceeded? Â What unfortunate circumstance mightÂ the expert commentatorsÂ have leant themselves to next?Â Â Whether “real people” canÂ or can’t actually afford to collect art? Would we be more prepared to addressÂ how an elderly Romanian woman destroyed several masterpieces in an effort to protect her son?Â How much change to give beggars outside famous institutions? The alleged difficulty Chicago’s south siders have hadÂ in visiting Theaster Gates’s Dorchester Projects, even as the art star is lauded for the project’s success at Art Basel?

What further op-ed wisdom could we have learned from? We can only imagine. 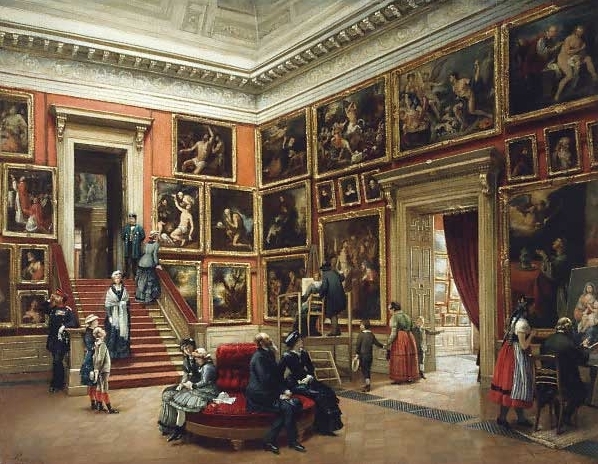 James Pepper Kelly likes words, images, and the plants in his apartment. He writes for ArtSlant and Bad at Sports, and he serves as Managing Director of Filter Photo. He is currently studying to be a pataphysicist. For a little while, back in the early â€˜00s, he was really good at Ms. Pac-man.