Thoughts from Across the Cultural Divide: #8 (Umlauts)

I fear the culturati in New York often fetishize strangeness, obscurity and diversity â€“ and any other challenge to homogenized, corporatized, late-capitalist existence â€“ rather than appreciate it. Iâ€™ve said too many times in polite Northeastern company that an artist with a few of those Norwegian Ã˜â€™s or umlauts in his name has an edge in getting into a summer group show on the Lower East Side than a Molly McEverybody from Peoria.

This is obviously anecdotal analysis, and perhaps slightly cynical, if they do reflect a real trend, one needs to consider both the possibility that Kansans tend to eschew the high-cultural and that Icelanders and Norwegians actively embrace it.

Holland Cotter, one of the foremost champions of multi-everythingism in the art world, holds that the degree of cultural diversity is an indicator of its vitality. I agree, but itâ€™s only an indicator, not necessarily a cause. Like, the number of Mercedes in a neighborhood is a good indicator of privilege, but giving a Mercedes to someone without money doesnâ€™t necessarily make him privileged. Or, many of the best restaurants, drinking establishments and art galleries happen to be located in alternative and edgy areas, but that doesnâ€™t mean you can serve my grandmotherâ€™s green bean casserole in a cool guyâ€™s closet in Ridgewood, Queens and have it taste avant-garde.

I love diversity and uniqueness as much as the next guy. Probably more than the next guy. Iâ€™m writing these words from a hotel lounge outside of Toledo, Ohio that I chose by sight from I-80 based solely on the chance that it might look something like the Mos Eisley Cantina on the inside. Incidentally, it doesnâ€™t. Iâ€™m one of three people here and the other two are a couple with matching Crocs, quietly sharing some super nachos.

On my way to Brooklyn last week in the truck Iâ€™m now returning back to Wisconsin, I stopped for an interview with a small Lutheran university. It was my second meeting. The first one was the standard HR routine; this one was for real, with the head of the art department. He had my resume on his desk and from it served up a steady stream of questions.

â€œDid you live in Providence when you taught, or did you drive to Rhode Island from New York?â€

â€œI commuted. It was actually rather enjoyable. I listened to courses on tape for eight hours each week. If I had gotten credit for all of them I might have a B.A. in history from Yale.â€

He read some of the galleries on my resume. It was clear none of them had any significance to him. It seemed only the number mattered.

â€œTen shows last year, you were a busy guy.â€

Was I? I felt I couldâ€™ve given him a list of ten Arena League football teams and it wouldâ€™ve stood up to his scrutiny. I couldâ€™ve given him the name of ten independent coffee shops in Oshkosh and he might have hired me on the spot. Who the hell knows? If I was a Ph.D. in biochemistry we’d be discussing the same journals and publications, but not in the wild west (east) of the art world.

Maybe the milestones on my CV symbolize my migration into obscure territory Â too devoted to umlauted avant-gardists and, generally, non-Kansans and non-Wisconsinites. Or maybe flyover culture is all too happy to be whitewashed. It is a fact that I graduated from Shawnee Mission South High School in Overland Park, Kansas, a suburb of Kansas City packed with Costcos, PetSmarts and lots of white protestants who don’t put anything as strange as contemporary art high on their list of worldly interests. Did I voluntarily leave the reasonable center, or did they?

I was dwelling this quandary when he launched into his dismount.

â€œHow does your faith influence your teaching style?â€

I was caught off-guard but gathered myself in time to save an awkward face-off. It seems I had checked a box on the application that indicated I was a Lutheran, which is technically true through marriage.

â€œI believe art, like faith…like love and like golf is about withdrawal and submission. ANYONE who wants to control their way to God or art or a perfect relationship will ultimately find their own ego and not salvation.â€

â€œI read a book about the spirituality of golf.â€ 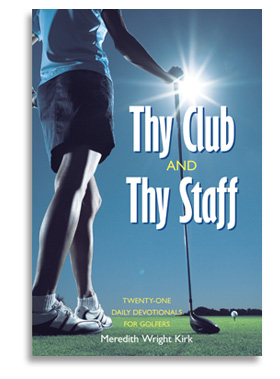 It was clear my answer satisfied him profoundly.

And it disappointed me to the same depths. Not because of any indignation about my professional bona fides nor because of his faith. Iâ€™m not spiritual in any supernatural sense, but still the answer I gave him was as pure and true as anything I know. I could relate to his version of art and culture, yet I felt to him mine remained an unintelligible morass of strangely named art spaces, arcane publications, esoteric theory, obscure locations populated by heathens. I canâ€™t decide whether this is my fault or his.