From the Curb in Milwaukee: Usable Space 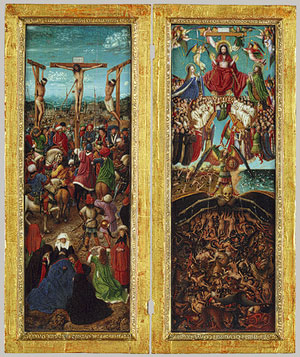 The Crucifixion; The Last Judgment, ca. 1430
Jan van Eyck and Workshop Assistant (Netherlandish, active by 1422, died 1441)
Oil on canvas, transferred from wood, courtesy of the Metropolitan Museum of Art

It was a schizo week of art viewing for me that started with a trip to New York last Friday. I had been excited to hit the Lower East Side with the taste still in my mouth of Jerry Saltzâ€™s assault in New York Mag on the Neo-Mannerist painting that has taken over the Lower East Side and Bushwick (though I donâ€™t think he pins the tendency to a specific area). Reading it on the plane it struck me as a bit ironic that the fate of the LES art scene, whose life expectancy is often a subject of speculation even as galleries continue to mushroom there, should be so fastened to the the success of painting, an art form with five centuries on it, and which has risen from the dead more times than the number of years most of the LES artists have walked the planet.

But alas I didnâ€™t have the chance, so I traveled to the artistic opposite of the LES where, I targeted the Metâ€™s newly overhauled European wing. The giant Tiepolo remains on the left at the top of the main staircase, but inside, the galleries are completely restructured, and the shuffled deck of masterpieces forced me into a complete reevaluation of the story of the Italian Renaissance:

Pardon me for a moment while I digress toward the conspiratorial.

Our current notion of the renaissance wasnâ€™t codified until Jacob Burckhardt did so in the middle of the 19th century. And the treasures of art that signify that rebirth werenâ€™t substantiated until the wheelings-and-dealing of mercenaries like Bernard Berenson and Joseph Duveen canonized them only more recently. The subsequent narrative about the primacy of Italy has been reinforced by a century of lectures from auditoriums dimly lit by the pale glow from Kodak slide projectors loaded with Fra Angelicos and Mantegnas.

Despite the gospel to which we’ve willingly subscribed, rolling Pico Della Mirandola, Boccaccio, Machiavelli, Cimabue, Giotto, Raphael, Titian, etc. etc., into a tidy narrative that spread Northward, I had to wonder at the Met whether, if we could press â€˜resetâ€™ on the Game Cube of Western Civilization, we would end up listening to adjunct professors recite an alternative story of the North, of Erasmus, of the Hussites, of the Hanseatic League, and Martin Luther and Gutenberg…and of course in art, of van Eyck and van der Weyden, with Da Vinci, Tintoretto and Titian relegated to supporting roles?

If History is a story of overcoming tradition and inventing change, the North seems to have a good case for preeminence.

Art Historians, address your letters to me not to the Bad at Sportsâ€™ offices.

That was the ferment in my head as I flew home the same evening to Milwaukee. The very next day I inadvertently got the antidote to the Met in Bayview, that I missed on the LES. 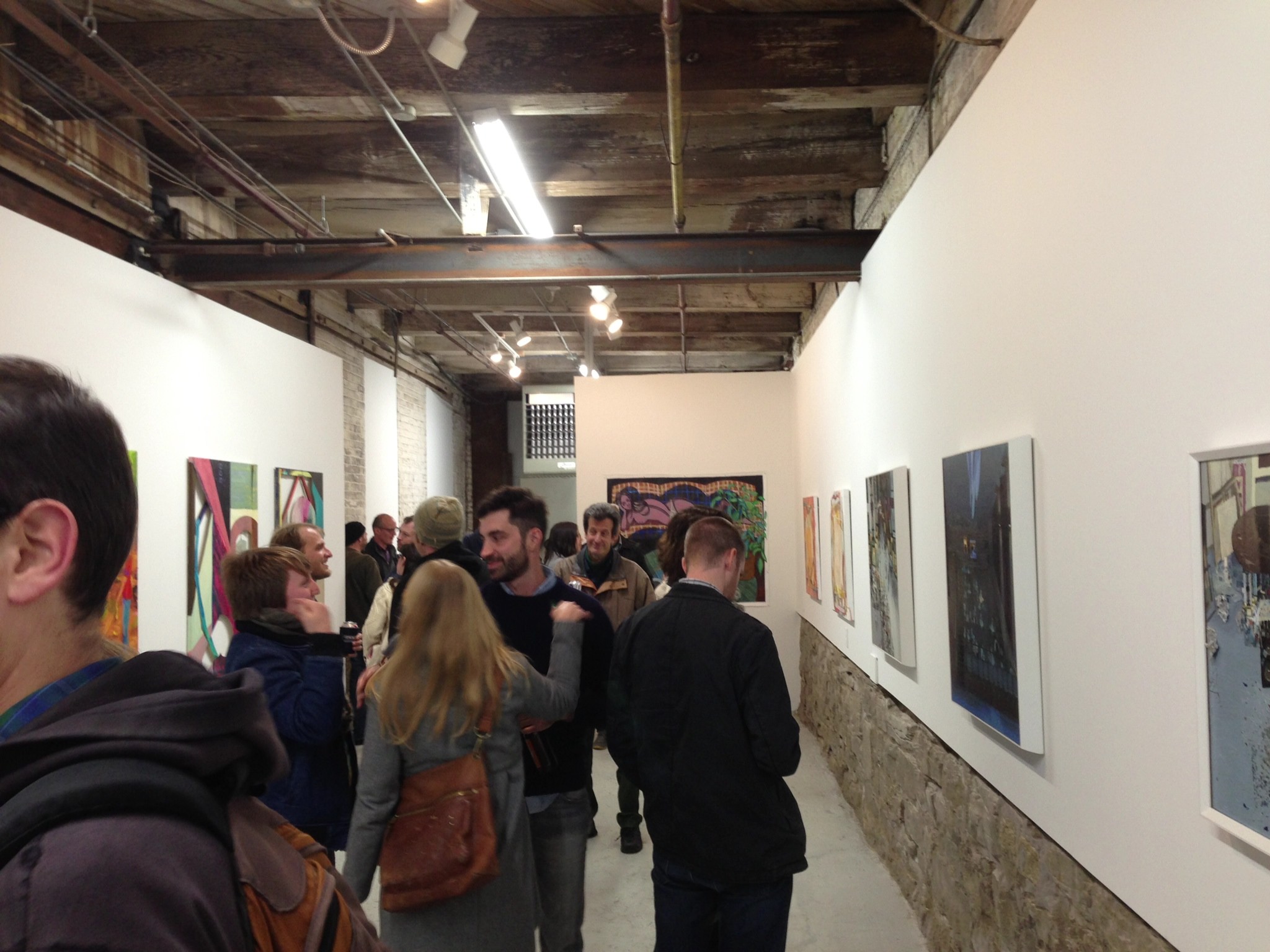 In a semi-improvised gallery called Usable Space at a studio building at 1950 S. Hilbert Street, on what might be the very same narrow footprint of any gallery on Ludlow in NYC, stands a modest painting show that will remind naysayers of the enduring thrill that comes from pushing pigment and binder around a canvas with a brush. The show, â€œInformation Processorsâ€ curated by Shane Walsh serves up meat-and-potatoes painters that celebrate the gooey joys of the tradition, with more than a few eccentric, non-traditional moments to keep us on our toes. Notable are Michelle Bollingerâ€™s naked and luscious abstractions, which recall everyone from Franz Kline to John Lasker to Thomas Scheibitz, to the deliciously strange sprayerbrusher, Trudy Benson, without losing their singularity. 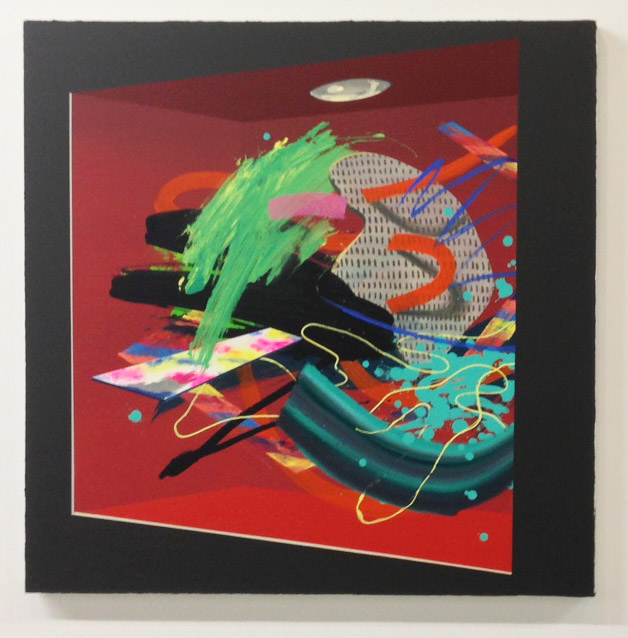 There are other high points in the show, so go see it for yourself, but Iâ€™ll fittingly conclude with Bradley Biancardiâ€™s â€œCrystal from Berwyn (after Titian)â€ which seems less Titian than Matisseâ€¦with a Dash of Alice Neel and David Hockney, but inspiration is inspiration.

Still, câ€™mon, Titian? No Van Eyck. Maybe Biancardiâ€™s influence reaffirms the triumph of the Italian Renaissance. Thinking of Titian made me doubt my musings about alternative histories. But whatever the real foundations of the last half-millennium of Western painting, itâ€™s great to see that there are still plenty of practitioners willing to carry on the legacy, willing to approach canvases without guile or cynicism, and do their best to keep the gravediggers at the art cemetery leaning on their shovels. This experience will make it easier to stomach the ailing Neo-Mannerists at the Orchard Street hospice next week.