Performance on masculinity not particularly manly

Boston based performance artist Garrett Yahn proved himself to be a grade-a sissy this past Saturday when, during his exhibition and performance “Old Work/New Work” at Happy Collaborationists, he applied women’s makeup to his face for nearly an hour. 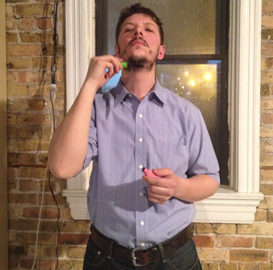 Yahn’s solo show in collaboration with ACRE and Happy C’s also featured two video works highlighting repetitive manual labor, the artist’s meticulously handwritten CV and a photo of Yahn with the goopy black mascara beard that his performance culminated in. One of the video works starred the artist’s father, who is probably horrified by the fact that his son parades around, wearing mascara in public.

Attendees of the show sheepishly sipped their beer while pretending to “get it.” Afterwards, many returned home to experiment with makeup and ponder the relationship between factory work and male drag.

They Won’t Roll Themselves

Sometimes life imiates art. Other times art imitates life. But occassionally life kicks arts ass so hard that art gets really embarassed and has to stay home from school for at least a week. Internet gem “You Had One Job” is one of those times.

We would mention that the MCA Chicago killed the Harlem shake, but can it be considered murder when the vicitm has been dead for years? #beatingadeadhorse

Girl Don’t be Dumb, because you shouldn’t be. And you can never get enough pink. 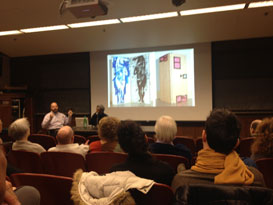 Meeting of the minds: Neff & Walker

“Does this cyanotype make me look fat?”

John Neff in Conversation with Hamza Walker at the Renaissance Society

John Neff killed it last night at his opening and artist talk The Renaissance Society. The 58 chronologically titled black and white photographs in the show, produced with a MacGyvered scanner camera were striking and solemn, framed identically and hung on dark gray walls that bisected the gallery.

Neff and Walker’s discussion at the opening nothing short of enlightening. Spanning 16 years of the artists work and evolution, topics discussed ranged from John Cage to instagram and went well over the allotted time, though no one in the packed and captive audience seemed to care. Footage of the conversation will soon be available on the Ren’s vimeo page.

More information on the exhibition can be found here.

As if there weren’t enough already

Its been reported that the model/badgirl recently commissioned British street artist Bambi to create a painting of Moss for her home in the Cotswolds. Ever humble, Moss simply requested that her portrait be “similar to the iconic ‘Marilyn’ by Andy Warhol.” Since Kate’s country retreat has wall space to spare, What’s the T? has taken the liberty of creating a hypothetical art collection specially curated for the contemporary English Marilyn. After announcing an in-depth partnership with the City of Chicago during a recent press conference, EXPO Chicago made a puzzling move this week by naming Los Angeles-based Shamim M. Momin as the curator of their IN/SITU program for the 2013 fair. No T, No shade; Momin is obviously qualified, but is the goal of EXPO Chicago ultimately to showcase the city or to become a platform for touring curators? Is there room at the young fair for both?

What’s the T? would like to note a clarification concerning this article: EXPO Art Week is meant to be a separate city-wide initiative of arts and culture programming while EXPO CHICAGO is still the International Exposition of Contemporary & Modern Art. 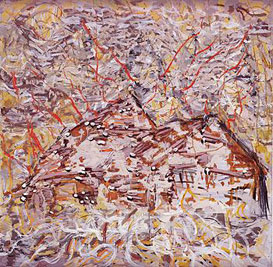 Fashion from the line outside the SAIC BFA show

All images taken in the unbelievably long line outside The School of the Art Institute’s 2013 Spring Undergraduate Exhibition Opening Reception last Friday night, unless not. 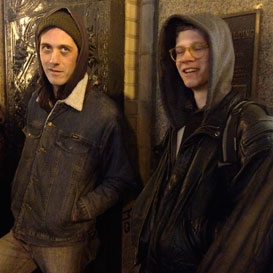 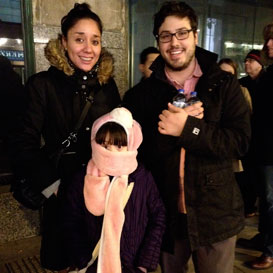 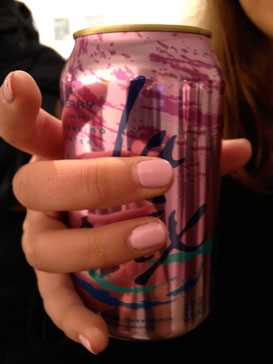 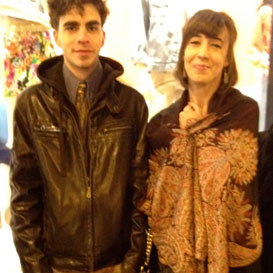 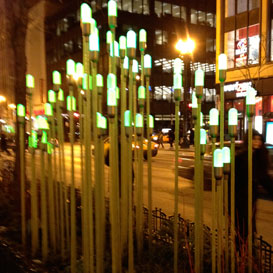 Stranger finds himself surrounded by mediocre art, after grueling wait

After waiting hours in a line full of respectable adults and “interesting” looking millennials, a lone Chicagoan found himself trapped amongst useless ceramics, twigs, rice and what appeared to be gigantic collaborative finger paintings at the SAIC BFA Exhibition Opening this past friday night.

“All of a sudden I was sitting inside of skinned muppet surrounded by kids who looked like they all got haircuts in the dark,” said the bewildered attendee.

Confused by the plethora of elaborate business cards in a place where absolutely no business could possibly be taking place, the lone outsider struggled to make meaning out of rocks covered with sponges and photographs of morose teenagers.

After spending nearly 20 minutes watching a video of a girl to licking a suspended donut, the visitor left in a hurry, stating angrily “What is this cracked-out corn-maze and and why is everyone drinking La Croix?” 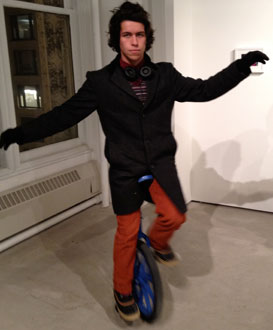 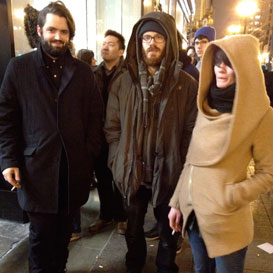 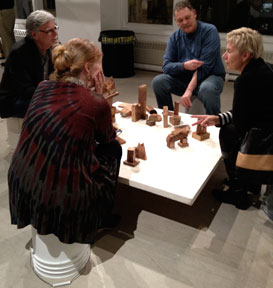 Work by Megan Isaacs (Rebuild), 2013
Header image is a installation shot of “No Show” at the West Pilsen Sculpture Garden.