Reviews to Make You Swoon 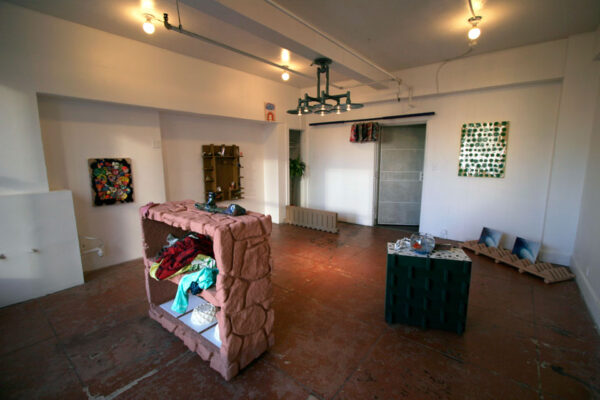 ALL THE BEST, courtesy of Central Park Gallery.

LOS ANGELES—ALL THE BEST at Central Park Gallery combines paintings, sculptures, and wearables blurs the line between art objects and design. Ross Hansen and Benjamin Wills, along with a supporting cast of makers including Jmy James Kidd, Emily Marchand, and Lauren Steinberg consider interior space with a surfy, Memphis group aesthetic. A firm handshake between hard and soft (but mostly hard) materials like clay, wood, caulk, and paperclay make for a nice dynamic between Hansen’s furniture-like sculptures and Wills’ gluey, high-relief paintings.

The way design interacts with sculpture feels decorative but requires the viewer to do a double take. For example, Ross Hansen’s Wall-mounted shelf (2017) is filled like a spice rack with Lauren Steinberg’s talismanic airbrushed ceramics from Collection (2015) in addition to found objects peppered in by Central Park. An iPhone face down, a stiff shoelace in seafoam green, a set of keys, some fish food. Work is tucked within work. In a similar manner, wearables by Jmy James Kidd dangle from Hansen’s Hanger (2015) and Room divider 2 (2016) along with Jubilee (2017) by Emily Marchand, which features a waxy and architecturally floral votive candle.

The stagey way smaller works fill the space between Hansen and Wills’ pieces is enabled by its installation. Wills’ Untitled 1 (2015) is hung next to a ventilation fan high up on the wall, while (Toyota) Blue Chandelier by Hansen hangs from the ceiling. At the opening, a guy reaches up to check if the lightbulbs real and immediately pulls his hand back in pain. “Yep, those are real lightbulbs,” he laughs. “And they’re definitely on.” 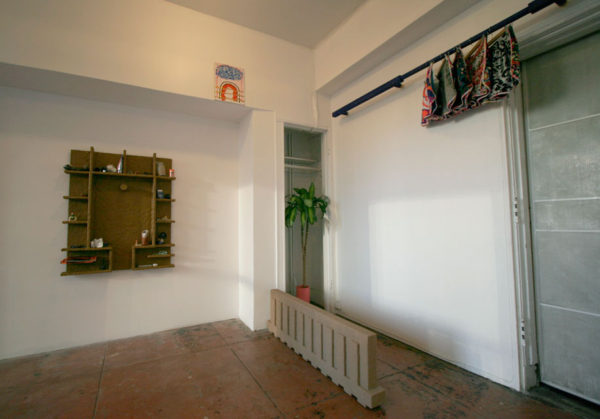 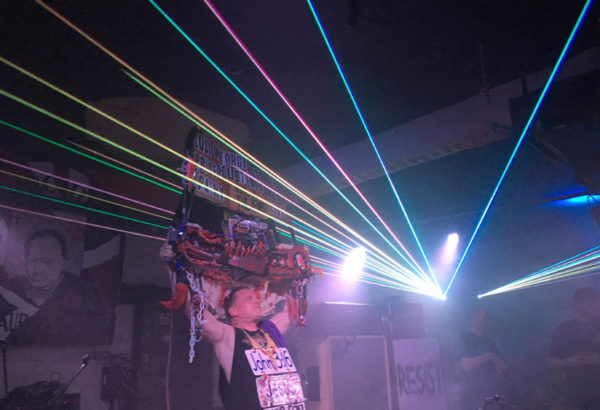 Churchill’s bathrooms were as unusable as ever, as the audience packed the new old British pub. Thursday highlights included Clang Quartet’s (who is actually one man despite the moniker) apocalyptical rebirth using elaborate instruments made into props and masks and Holly Hunt’s brutally sweet (or sweetly brutal?) wall of sound that led seamlessly into the Squelcher’s babes-with-pool-floaties mosh pitt. On Friday, chill vibes by the likes of i_like_dog_face, Naga, Lolito and Dim Past characterized the evening curated by Tampa’s own Todd Lynne of Halves&Thirds (who played a hypnotizing set himself).

By Saturday I was mostly too tired (and slightly too drunk on Fernet & whiskey) to notice the The Moore’s (aka Thurston Moore of Sonic Youth and his brother, Frederick Moore) noodling away on guitar. Besides, we were busy getting our nails done by NailPopLLC (don’t ask me why I got my nails done in a bar thats known for stale air and overflowing toilets). By Sunday we washed the cigarette residue off and gave thanks for surviving another year. Apparently next year Rat is adding a 6th evening, pray for Miami. 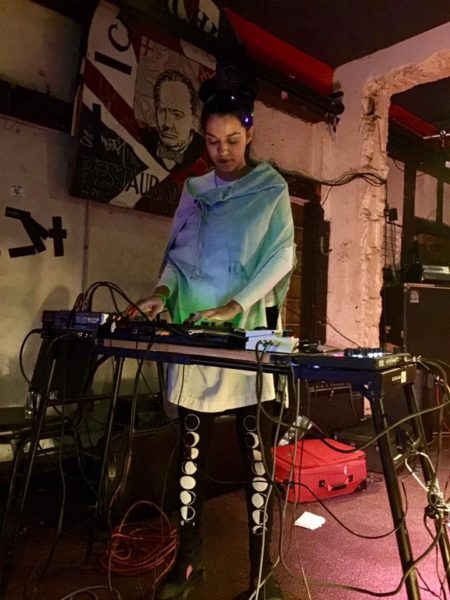 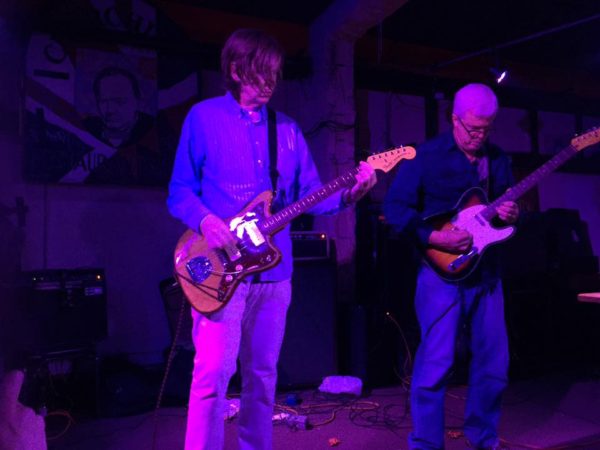