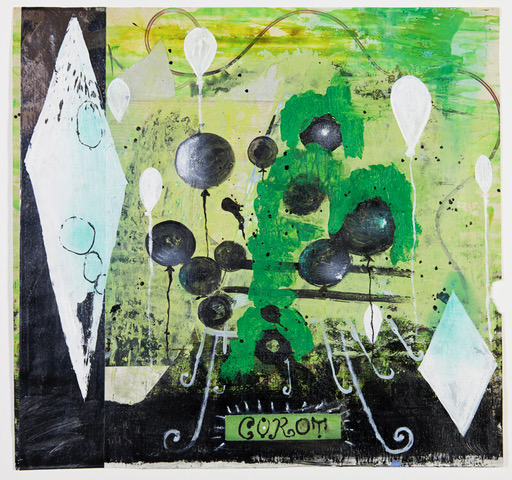 “Sub-rural” extends a column I wrote for a regional journal over the past four years. Titled “Inland Art”, it was an outgrowth of the Inland Visual Studies Center founded at Bradley University in 2008. The center was a cultural and programmatic collaboration between Bradley’s Department of Art & Design, the Sam Fox School of Art & Architecture at Washington University, St. Louis, and the Department of Art at The Ohio State University. It was designed to call attention to the problem that inland visual culture does not nearly operate under the same conventions and practices as coastal culture and is neither an academic subsidiary of largely east coast establishments, a beneficiary of trade journals, nor much of a participant in global art markets, — all things that circumscribe contemporary art.

The fine arts are the only inland cultural practice relegated to secondary status. Music, architecture, and literature have little history of geographic diminution. Likewise, regional traditions in design and journalism are widely consumed and respected. Indifference to Inland visual culture in coastal art communities is falsely constructed on a hierarchy of primary culture status. Inland artists labor under an equally false assumption that they might be invited to participate, rather than acknowledge a more meaningful agenda, that being as critical alternative to such a dichotomous cultural scheme — one temporarily breached by Midwest artists in the 1970s.

The Inland Center was designed to examine art that existed in, and contributed to, a more liberal construct of rural culture. An original aim was to flesh out a theory of Midwestern contemporary art, considering geography as a critical factor. The Center approached Midwestern and rural art ethnographically, considering a participatory research model for identifying local populations of cultural workers. Gradually the conceptual claims of rural and urban were modified to acknowledge that rural aesthetics also thrive in urban areas and vice versa. Chicago, with its colossal history of architecture, agriculture, and industrial design is a textbook symbiotic model of a metropolis penetrated by the pastoral.

“Sub-rural” is about re-framing the value parameters of Midwestern art – looking to both past and present visual narratives as alterable constructions and using evidentiary visual language to excavate and interpret. This approach challenges the dominant or dormant incontrovertability of categories. Subverting dichotomous logic also circumvents taste and speculative investments. Meaning fluctuates as much as prices.

The Midwest is a separate place with hesitantly articulated visual conventions. Other cultural zones consent to discourses managed by a global consortium that cherry-pick trends and exchange values for the discipline at large. In the Midwest we can align at four points with autonomy and are impeded by few impenetrable boundaries. We’re in-between – something which separates and interferes with coastal aesthetics. The inland’s coordinate geography and the rural’s sub-ordinate consequence is ironically a factor that provides opportunities for innovation and identification, even if the site’s intrinsic permeability and multiplicity resists theory and commodification. By exploring materials rooted in cultural histories and labor, untypical in most contemporary art practices, artists defy the next iteration of coastal dinosaur slouching towards Bethlehem.

Paul Krainak is a painter, art writer, and Professor Emeritus in Art at Bradley University. He is a former Associate Editor and Corresponding Editor of the New Art Examiner and Art Papers. Krainak was the Founder and Director of the Inland Visual Studies Center at Bradley University. He’s contributed essays on contemporary art to numerous journals, exhibition catalogues and academic presses, including the Kemper Museum of Art in St. Louis, the Miller Gallery at Carnegie Mellon University, INOVA – University of Wisconsin, Milwaukee, Indiana University Press, Sculpture Magazine, American Ceramics and Afterimage.