Empty-Full: A Curatorial Response to Academy Records / Matt Hanner at the Whitney Biennial

“I like the term project,” he remarked in 1969, “because it is never clear what exactly is meant by it…it covers lots of different things; it is more open and full of possibilities.” Seth Sieglaub (as quoted in Your Everyday Art World by Lane Relyea, 2013)[1]

As I wrote in a previous guest post, artists who have passed have a marked presence in this year’s Whitney Biennial, which is more typically known as a survey for the living. Such is the case with curator Anthony Elms’ inclusion of Academy Records / Matt Hanner. Hanner (whose work was also included in the Dallas Biennial), a much loved member of Chicago’s art community, passed away unexpectedly in 2011, and so Elms asked Academy Records, led by Hanner’s close friend and frequent collaborator Stephen Lacy, to work with Hanner’s archive to develop a presentation demonstrative of the many connections between the late artist and Academy Records. Lacy dug into Hanner’s large trove of works, which includes “sound verite,” forms of mail art and ephemera, such as photographs and slides, among other works.

The Spectre, the resulting “cumulative work” on view at the Biennial, consists of a large black and white graphic wall drawing called The Spectre (the stars are falling) shown alongside Hanner’s recorded sound and print ephemera, and a neon sculpture called Tomorrow is still above you, hung precociously over the entrance to the gallery (which Lacy referred to as an “in addition to” a clever revelation of artistic / curatorial decision making).  This gallery presentation is supplemented by The Bower, a 16mm film (screened over several days, not shown in the gallery) loop of blossoming cherry trees, set to the three-hour audio work No Jets, Hanner’s field recording of the flight path to Chicago’s O’Hare airport during the flight delay after the September 11, 2001 attacks. Academy Records has released the audio (compiled from four individual cds) as a vinyl record called No Jets, an artist’s multiple, with the sleeve artfully and curiously designed, complete with liner notes. The film’s cherry trees were filmed by Lacy outside the apartment where Hanner made the field recording. As Anthony Elms has written, this “system-specific” (a term coined by artist Stephen Prina)manner of working is typical for Academy Records. And as he wrote a number of years ago in the publication Cakewalk, “Asking Academy Records to do a project is like hiring a general contractor. A plan is in place; who shows up, how, and when is a bit of a surprise.” 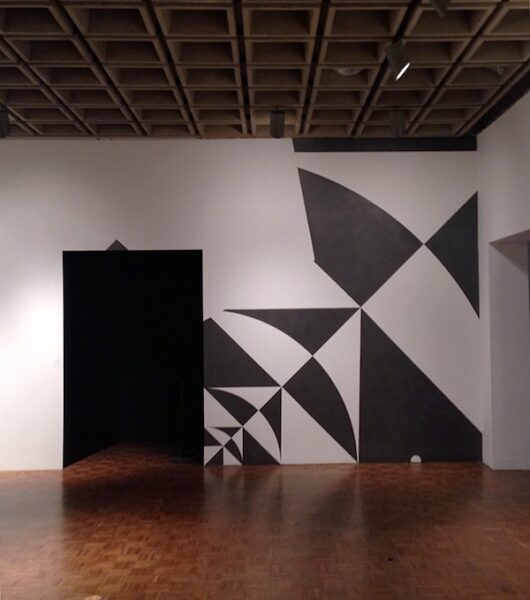 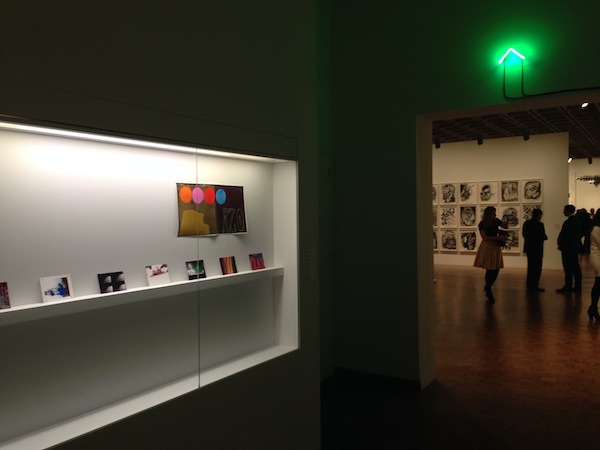 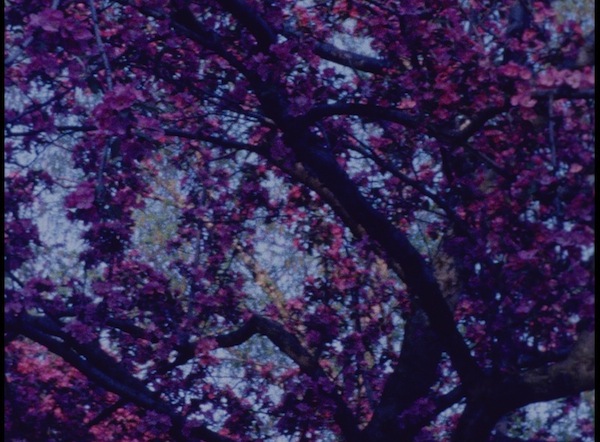 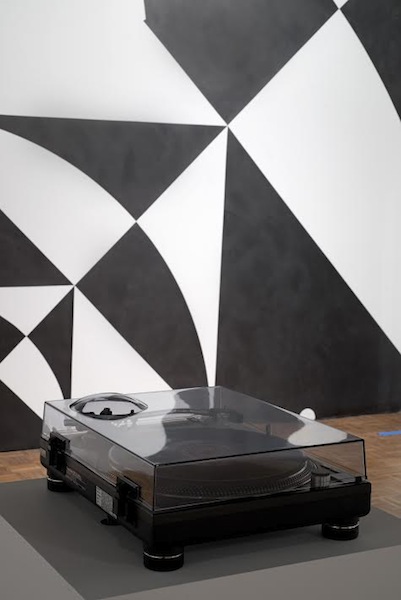 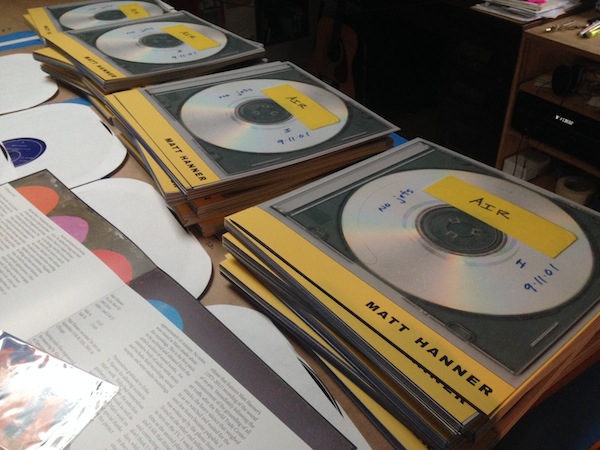 Platforms are distinguished by their looseness. Rather than bounded and fixed, they are traversable, permeable, and responsive, constituted by dialogue with an outside. Whatever profile of boundary they do possess is only the one their interfaces actively conjure. In this sense they can be considered performative; only through and within acts of coordination with peripherals and externalities does their existence as entities come into focus.[2]

I recently read that an “installation exists somewhere between the exhibition and the making of art.”[3] I suppose that’s as good of a definition as any. With this multi-faceted, dimensional work(s), Academy Records exploits that, with an added focus on labor and distribution, or “systems of delivery.” More than an installation, this work hovers between project and platform, because it serves, as Lacy suggested in our studio visit, “[as an] abstract layering of poetic imagery” that creates a sort of “thru-line” between “works so quiet you could miss them altogether.”

Needing to be experienced from within the gallery and the museum screening room to the record itself, The Spectre’s many pieces fit together like gestures; they are conceived and responsive “acts of coordination with peripherals and externalities” that cross time and space. It’s not didacticism, but a hidden logic, or mystery poetics that link elements, such as the wall drawing, which, as Lacy articulated, “falls away from the wall,” to the other works in the gallery as well as to those that are distributed in a different time and place. To borrow an odd and wonderful term coined by Lygia Clark to describe her own abstract drawings, the work is “empty-full”—while it allows me (the viewer) to go where I need to go, it is loaded with a host of possible meanings, as I feel the weight of the work move with me through the space and back out into the world.

Since learning of this Academy Records/Matt Hanner project, its images, ideas and implications have followed me closely. It has hovered over my psyche the past few days in New York as I scrambled (and failed) to see the biennial again in person, colliding with my own distant memories of my grandmother (an artist, now gone) and her small ranch home in the earth shaking, jet-laced shadows of O’Hare airport; scrambling with loud 24-hour news cycle headlines lamenting the just opened 9/11 Memorial Museum; and filtering through the blossoming trees in Central Park and back home in front of my house in Chicago.

The following images constitute a curatorial response or a personal context for the work of Academy Records / Matt Hanner. Some are considerations of death; others share similar attention to distribution and labor; others employ drawing, video, the vinyl record, audio, or the archive.

For me as well, it represents a moment in time—this response in images would be different if I did it tomorrow, or the next day, or if I had done it yesterday. 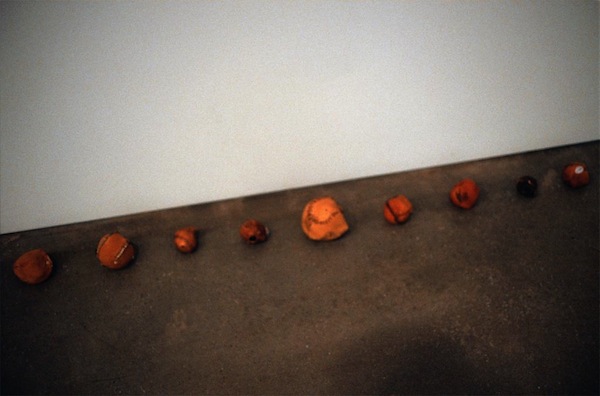 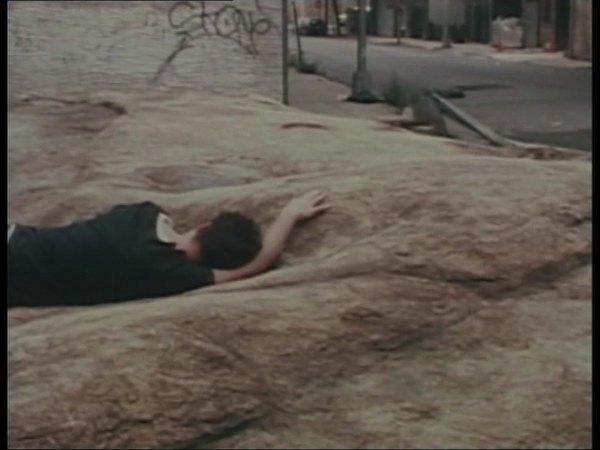 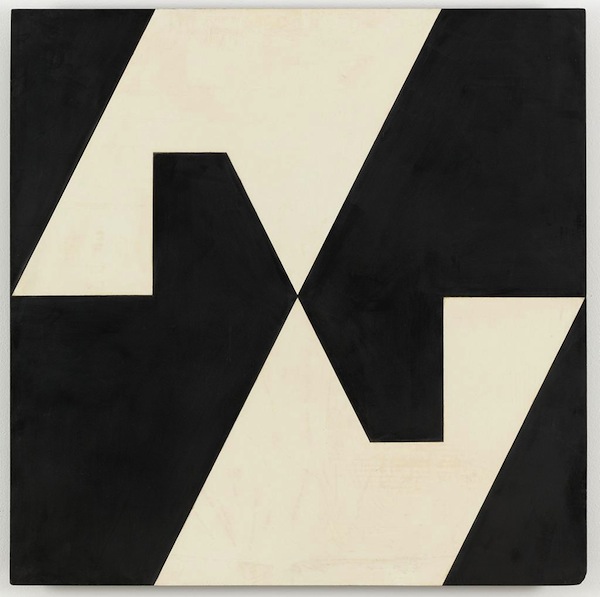 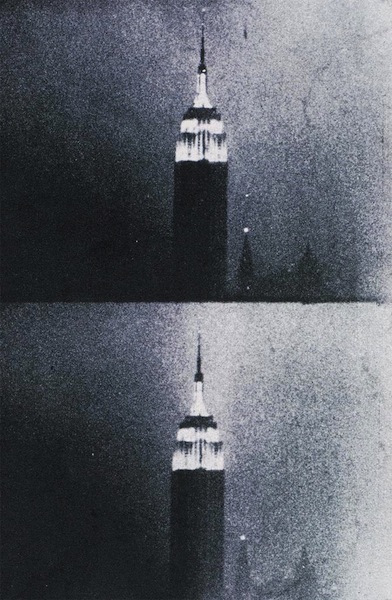 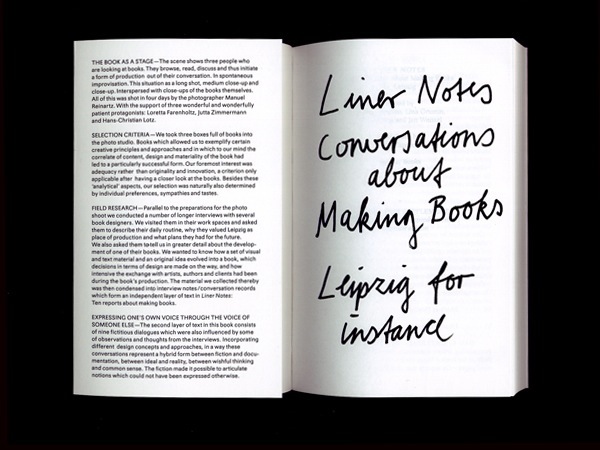 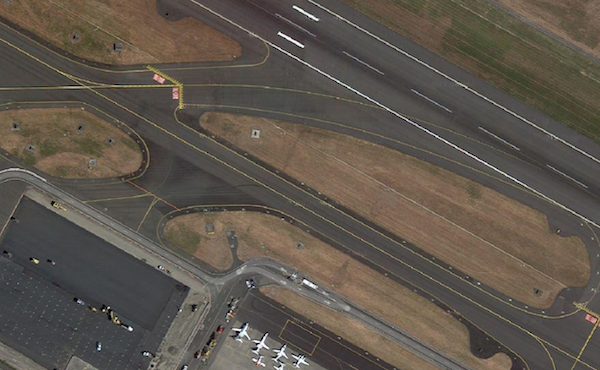 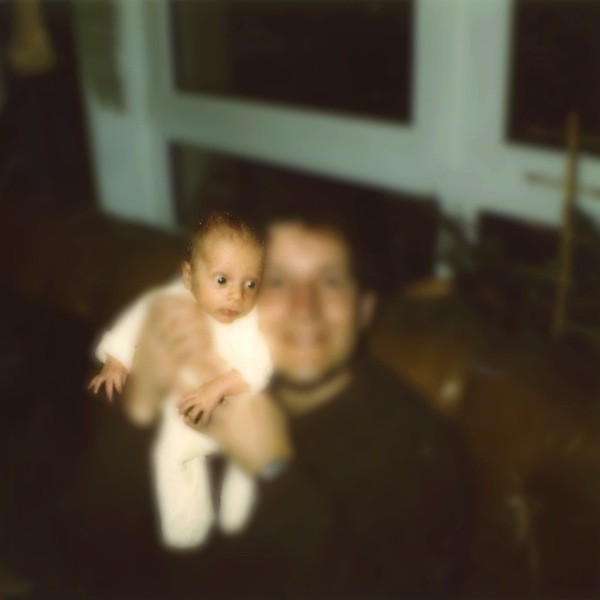 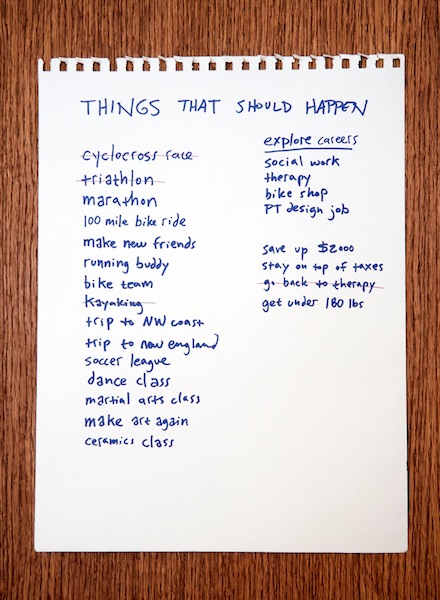 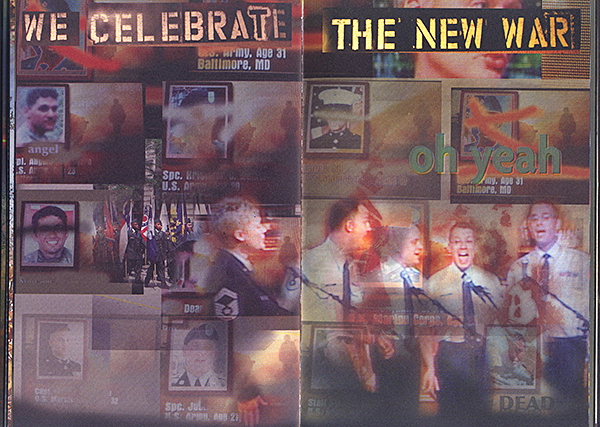 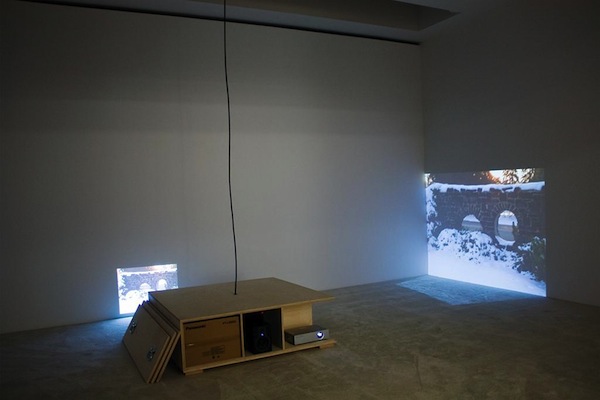 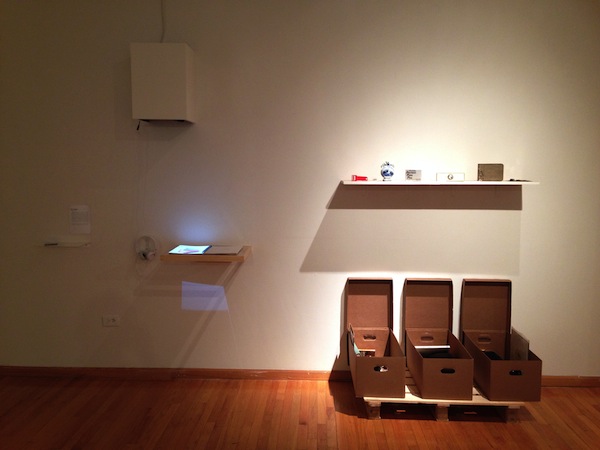 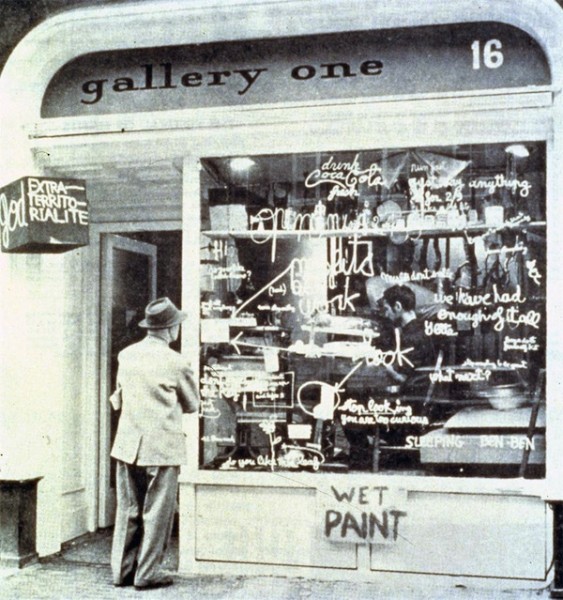 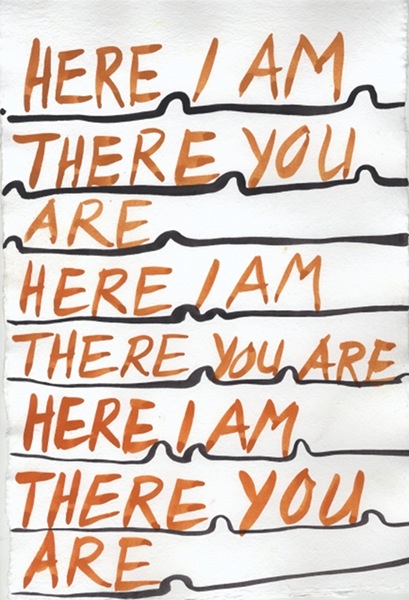 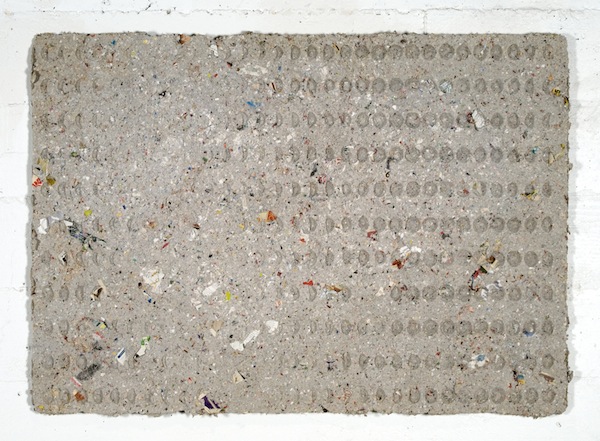 Jessica Cochran is a writer and curator in Chicago