Let us start off by acknowledging that there is a distinct difference between Queer and Transgender subjects. Itâ€™s important not to lump these two together. Though related and often overlapping, these are not interchangeable terms. Queer being a reclaimed pejorative for gay, and transgender being a person whose self-identity does not conform unambiguously to conventional notions of male or female gender. (see more.) With that in mind what I would like to look into a reoccurring concern in the discussions that take place around both queer and transgender performance art. 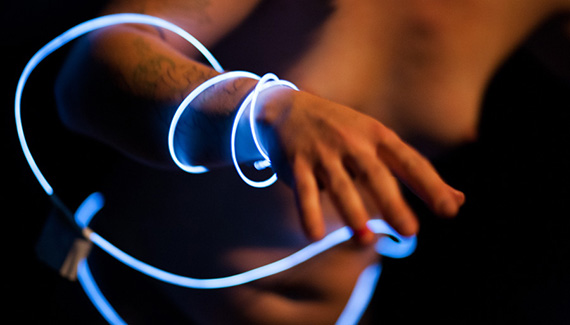 In the last month I have seen multiple panels touching on the subject of new Queer and or Transgender works. There was a definitive connection between all panels:Â and attempt to shake up current the definitions, and what some define as new codified zones of safety. When I say zones of safety, I am referring a kind of identity politics that sits safely in a form of expression that is confortable enough for new standards of acceptance. Artworks that sit in this comfort zone fail to realize the full potentiality of the subjects and often begging to forum itâ€™s own predictable clichÃ©. The challenging of the formulation of a tamed queerness or transgender performance is an often-highlighted theme appearing in new works. The formulation of a safely circumscribed zone undermines the attempt to reconsider the subject due to an inadequate scope.

Queer and or transgender arts panels often attempt to define the new wave of artists making work in these areas. Today many artists are attempting to define a new direction that departs from the identity work that came out the 80s and 90s. Often these earlier works are ascribed the quality of crying out for recognition. Much of the work being produced today is looking for finer definitions, as opposed to this preliminary awareness. 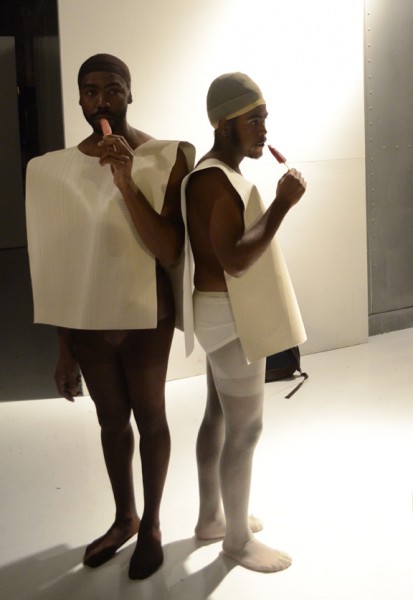 We could go on to talk about the subject of the word Queer as discussed during the roundtable â€œNew Queer Aestheticsâ€ in late October. Queer New York International Arts Festival (QNYI) Â had come to Chicago to exhibit a Queer Fest as an extension of the one in New York at Defibrillator Performance Art Gallery . The Chicago show featured artists Suka Off,Â Bruno Isakovic, Gabreiela Mureb,Â and Keijaun Thomas. Queer fest distinctly pulls itself away from other Queer festivals which they feel are accepted ideas of the term Queer. As one of the festivals curators, Zvonimir DobroviÄ‡, explained, the festival seeks to redefine and challenge preconceived notions of the term Queer. Not all work is made by the LGBT community and instead is defined loosely by a sort of norm-challenging ascetic. After struggling through various definitions, redefinitions, embracing, rejections, fears of washing out the word of meaning completely, and other post-modern linguistic dilemmas an audience member mentions queerness in regards to race, specifically the colored queer. Why is this important? Because the conversations began to progress from the semanticlogical, what is Queer, to what are current Queer issues are concerned about, who are we dealing with the queer female of color in art today. 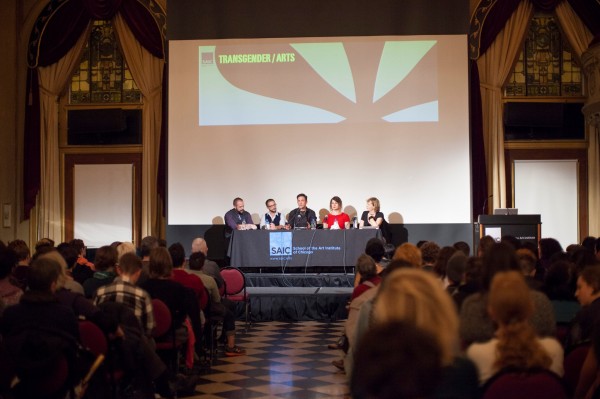 “Transgender/Arts- A Roundtable on the Future of Transgender Cultural Production” at the The School of the Art Institute of Chicago on 6 November 2013. (photo- Noah Davies / SAIC)

This November I attended a panel at the School of the Art Institute of Chicago. Transgender / Arts : A roundtable on the future of transgender cultural production, which Â included panelists Trish Salah, Jules Rosskam, Julian Carter, David Getsy, and Micha CÃ¡rdenas. During the panel many valid points were made about Transgender art. Micha CÃ¡rdenas presented important question to the panel, â€œWhere are the trans women of color in art?â€ Many of the panelist themselves who specialize in Transgender arts could in fact not think of a single artist. The panel began to discus a kind of film festival, performance and art transgender normative narrative. A washed down version, where you began to see something constrained, not quite all the way there. Sitting in a place somewhere in academia where it is comfortable and safe. 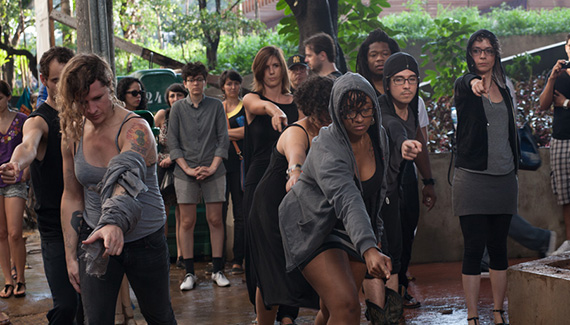 How does performance readjust and challenge Queer and Trans identity without losing site of the community in general? There is something that happens to us when we are about to fully realize the other; we find a way to compromise, to only go so far. Many Queer or Trans artist today are attempting to push at the boundaries of a newly accepted normative narrative and point at the things we are forgetting, those who still donâ€™t have a voice. The Art world, the world, is still white male dominated. In a way the lull of sleep we put ourselves in this supposedly post-feminism, post-racism, post- sexism, post-gender issues world that we keep referring to as better than it was before is more dangerous. Because hiding under that comfort is the fact we havenâ€™t changed all that much, we should be forging new grounds and making sure it doesnâ€™t fall asleep.

If I was asked where the new queer or trans aesthetic is headed today, I would say somewhere within the struggle of continuous disturbance, in the understanding that things arenâ€™t there yet and we have to keep shaking it up, shaking ourselves up, so we donâ€™t become our own worse enemies, the perpetuators of a normative Queer of Trans identity. As performance art specifically keeps pushing on with another panel at the Hemispheric Institute for Performing Arts, this week discussing “Race & the Colonial Impulse: Queer Performance Practices”, I look forward t a continued discussion that bridges gaps in the dialogue between racial queer and transgenderÂ  issues in the arts.

Autumn Hays is an Artist, Curator, Teacher and Writer. She graduated the School of the Art Institute of Chicago with an MFA in Performance where she received the John Quincy Adams Fellowship. She received her BA in Visual Arts at UCSD. Hays was the recipient of numerous scholarships, grants and awards including two major Jack Kent Cooke association scholarships.Currently she isÂ assistantÂ curator at DefibrillatorÂ and Directing Coordinator of the Rapid Pulse International Performance Art Festival. www.autumnhays.com