I AM MYSELF A CITIZEN OF NO MEAN CITY Vol. 3 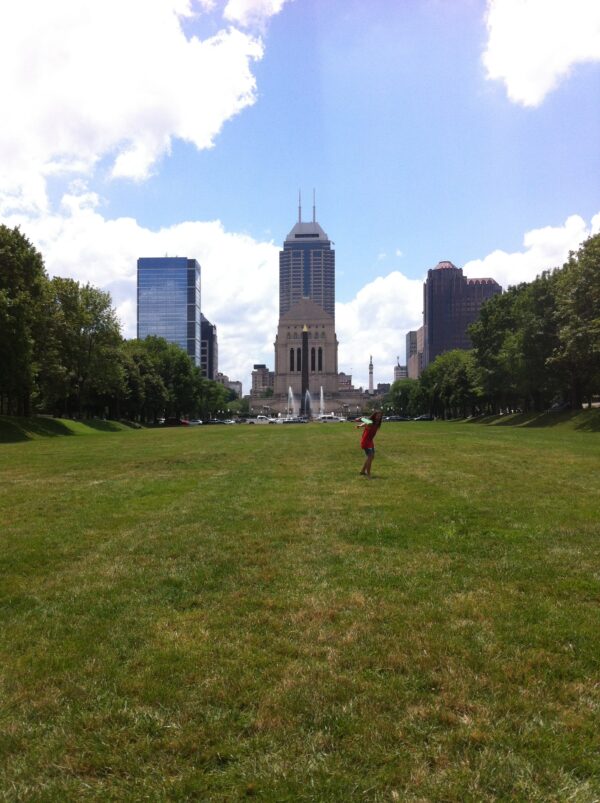 July is a lovely time here. One of my favorite things about July is the 4th. Here in Indy the thing to do is to watch the fireworks display that is set off from atop the Regions building downtown. The best place to do it is from a rooftop with a bunch of friends 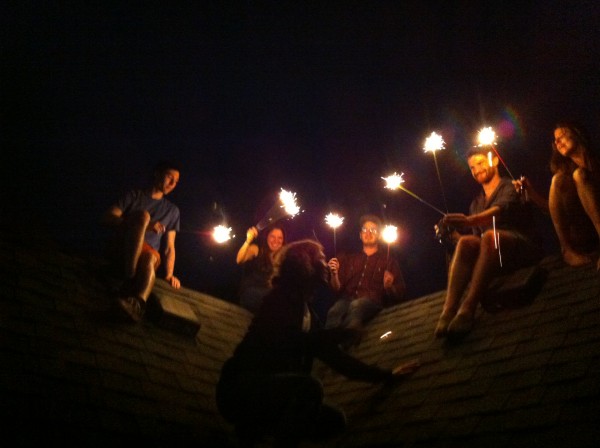 In the way of Art, July brought to an end a lengthy and large exhibition of work by Ai Wei Wei at the Indianapolis Museum of Art. This was an interesting exhibition to get to see. It included a series of photographs, pieces of modified ancient art (such as the image below), and a few pieces related to measuring the tragic earthquake that took place in China in 2008. This is a traveling exhibition and I highly recommend seeing it if it comes to your town. I went on the very last day that it was open, and the gallery was buzzing with conversation and lots of people moving around the space. 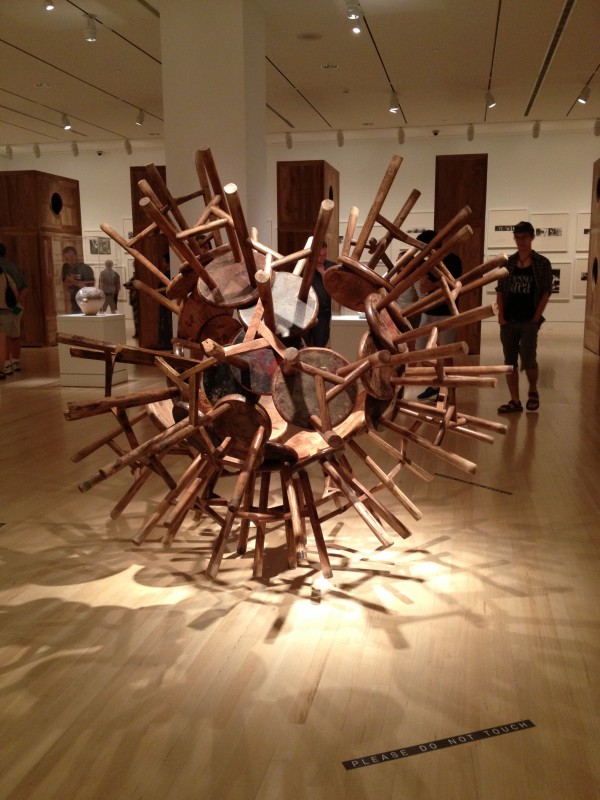 Ai Wei Wei exhibit at the Indianapolis Museum of Art

The 100 Acres park at the IMA (a 100 acre sculpture park that deserves its own blog entry) has a new installation called Flock of Signs by Kim Beck. Some of the signs are blank, others point to the air and state “Bug.” others list scientific names for plants. All I know is that they are beautiful. 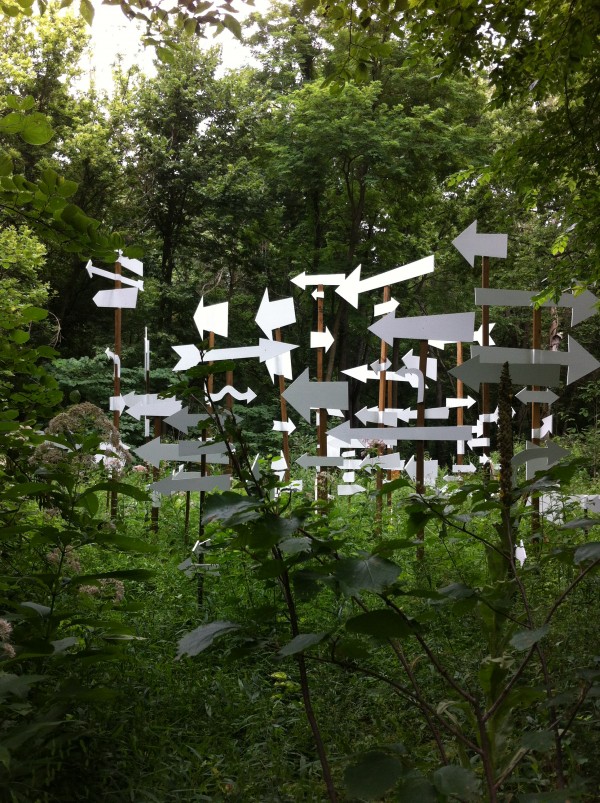 A few weeks later I finally made it to one of the Listen Local concerts put on by Musical Family Tree and Indy Parks. This is a “pay what you want” fundraiser for the Park consisting of live performances by local bands. This installment included Amo Joy, Vacation Club and United States Three. The Set Design was so cool! It is a cardboard and acrylic piece by BrainTwins that can be arranged in a variety of ways to create different color patterns.Â BrainTwins is an Indianapolis art duo composed of Jessica Dunn and Justin Shimp. They create a variety of 2D, 3D and 4D based works of art. 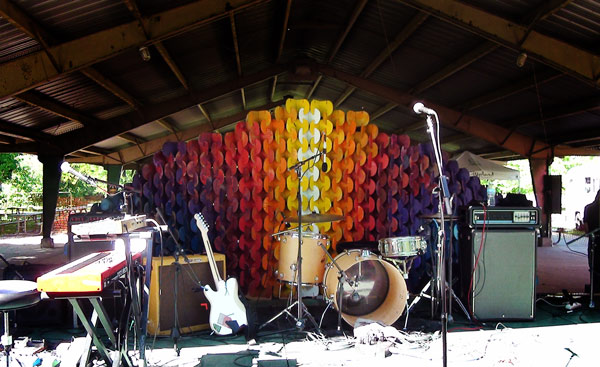 Later in the month I was lucky to be able to visit the studio of one of my favorite Indianapolis artists Kyle Herrington. Kyle has several shows coming up in September, so there was plenty of new work to see. One show is called Backyard Phenomena and chronicles Herrington’s struggle with being thrust into new found adulthood, which culminated in him turning thirty and buying a house. His anxieties about something catastrophic happening to his house has translated into sculptural pieces as well as paintings. We talked for quite a long time. I admire Kyle’s commitment to making everysingleideathathehas. I think it is what has allowed him to make such a large body of work with what I see as having very consistent and complete conceptual ideas in relatively short time frame (just one year). Kyle’s work makes reference to sci-fi logic, modern obsessions with the apocalypse and celebrity and mashes them altogether into a funny, but kind of scary reality. 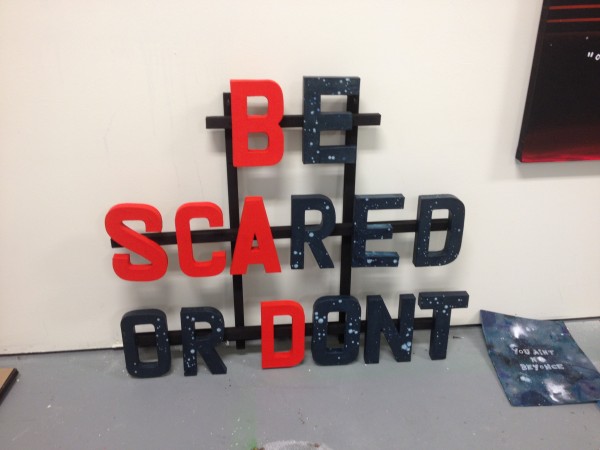 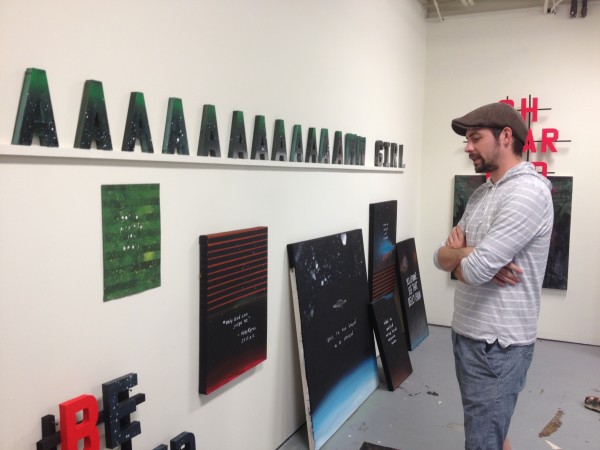 Kyle Herrington with his work.

For August First Friday I went to the Harrison Center for the Arts to see the Spineless book arts exhibition. This yearly exhibit features work from bookmakers in the region. The IUPUI libraries also curate a selection on display from their collection of artist’s books. 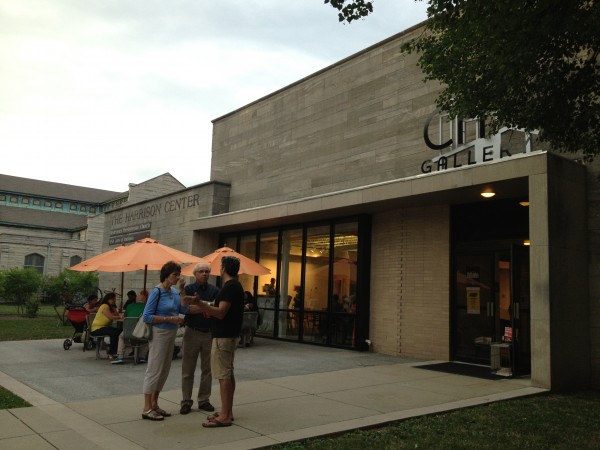 First Friday at the Harrison Center for the Arts 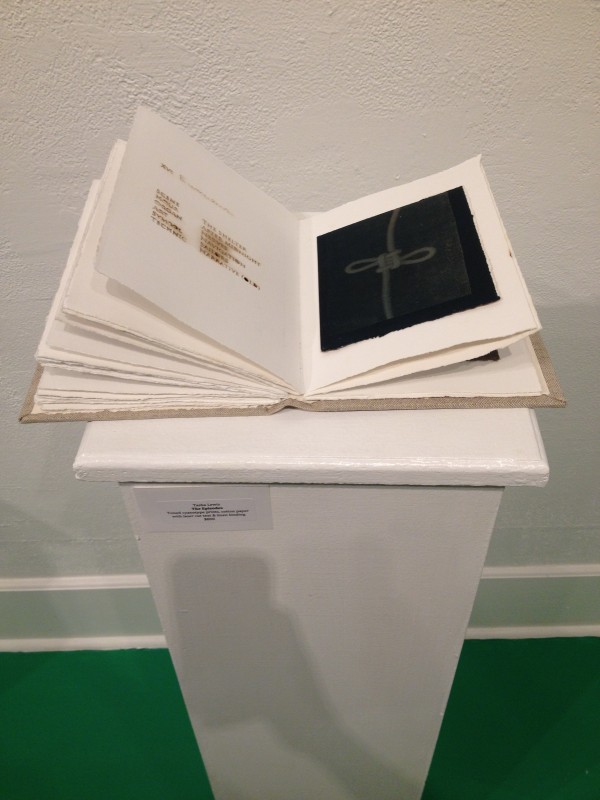 While on the subject of Cyanotype, and given the fact that I saw him shortly after taking this photo, I think I should mention another mind blowing artist here in Indy who uses it as his primary material for art making- Casey Roberts. 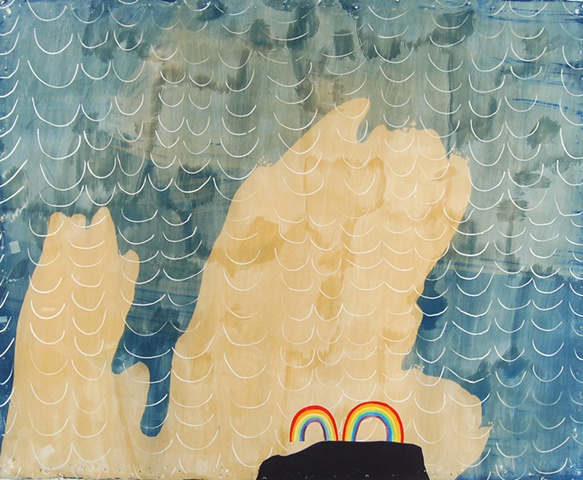 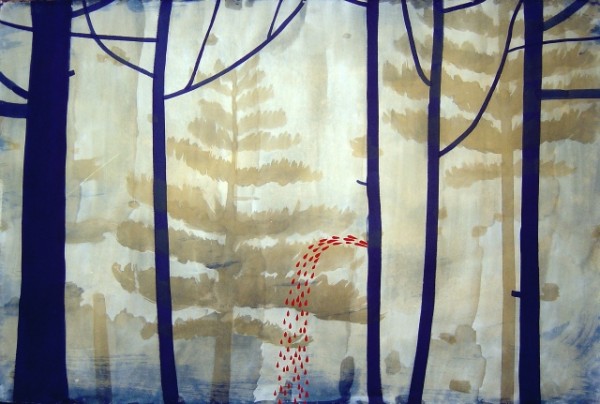 Wendy Lee Spacek is a poet who lives and works in Indianapolis, Indiana. She likes her city veryÂ much. She is a core volunteer of the Indianapolis Publishing Cooperative (Indy Pub Co-Op), publishes small editions of handmade books under the name Soft River and is an arts administrator at the Indianapolis Art Center. She will be posting monthlyÂ all summer long about her encounters with art, culture, creative experiences and resources in her city.