I AM MYSELF A CITIZEN OF NO MEAN CITY vol. 2 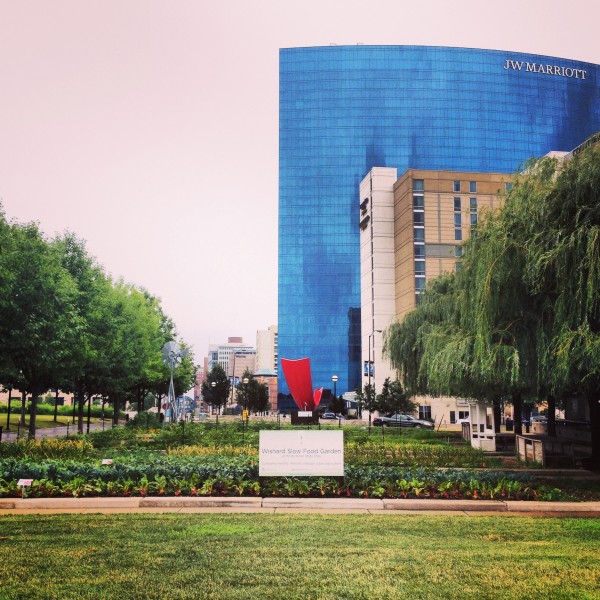 I spent the majority of June rolling up the west coast, visiting other lovely cities, giving out poetry broadsides, and spreading Indpls lore and legend.

Here are a couple of things that I was really looking forward to that I missed in June: 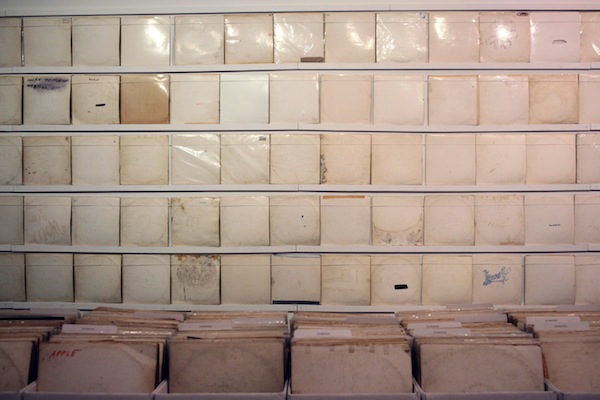 Independent Music and Arts Festival (IMAF)/ INDIEana Handicraft Exchange at the Harrison Center for the Arts: a yearly exchange of hand-made goods, visual art, and lots of music.

However, there were still plenty of artistic experiences to be had in the last two weeks of June.

When I arrived back to work at the Indianapolis Art Center I was greeted by a new exhibition called Under Construction that gets more fascinating every time I see it (which is every day). Giant wall “tapestries” made entirely out of duct tape by Garry Noland, paper cuttings of microscopic views of tree bark by Katie Vota, and objects handcrafted entirely out of pennies by Indianapolis-native Stacey Lee Webber.

The very next week at work I had an awesome experience of facilitating an Andy Goldsworthy inspired land art workshop with a group of about 80 urban teens. They made some seriously incredible stuff in just an hour and a half: 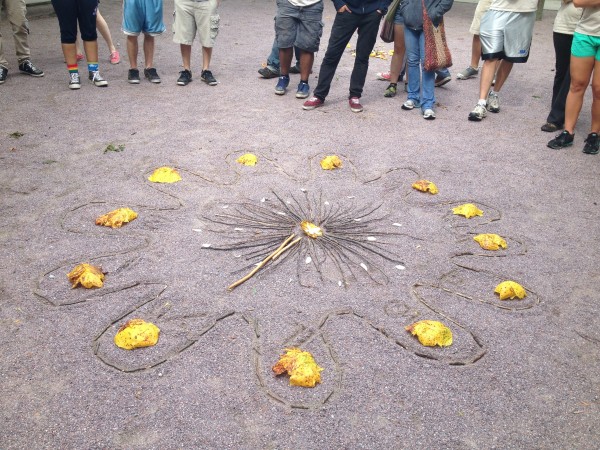 The following Saturday I joined a different group of teens on a public art bike tour in the city’s center.

This got me thinking that I should share a few of my favorite pieces of public art here in Indy!

This project is part of the legacy project that came out of Indianapolis hosting the Super Bowl in 2012. In just a few months, 46 new murals went up all over the city. Here are some of my favorites:

Image via Arts Council of Indianapolis

Indy’s Always on A Roll by Michael Cooper at the intersection of Virgina, Maryland and Delaware.

Image via Arts Council of Indianapolis

Trivergence by Carl Leck at the 10th st/Mass Ave gateway.

My absolute favorite mural in all of Indianapolis is a bit older though: 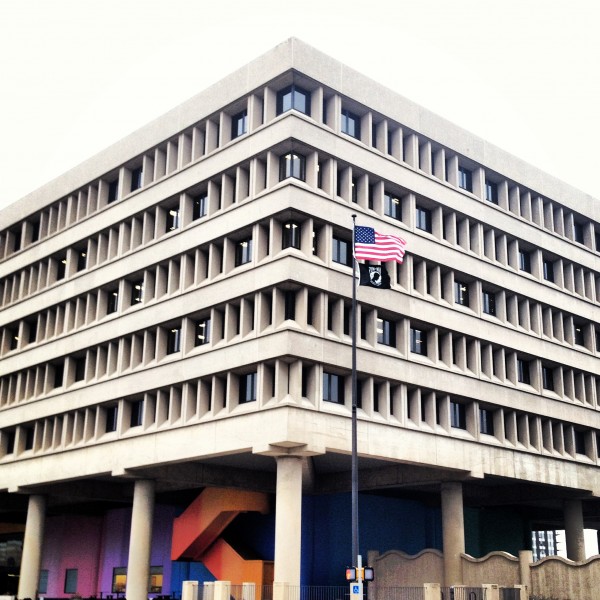 Color Fuses by Milton Glaser (1975) on the brutalist-inspired Minton-Capehart Federal Building. (corner of Penn and Michigan)
The mural is a giant rainbow that completely wraps the first story. The mural was recently restored to its former glory, and Glaser’s vision completed with the addition of a fully functional system of lights for enhanced viewing after dark. 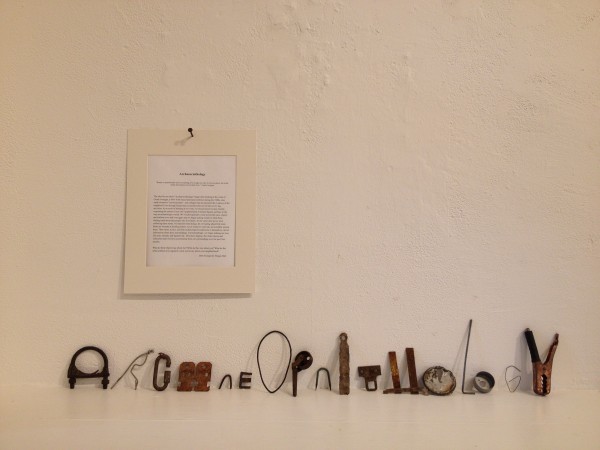 I stopped by my friend Megan Hart’s show with Beth Eisinger, Archaeornithology – an Excavation of Urban Artifacts.
All of the objects and imagery included in the show were found in the neighborhood I live in on the near southeast side of Indianapolis – Fountain Square.
The show included Beth’s incredible (and affordable) handmade bird’s nests: 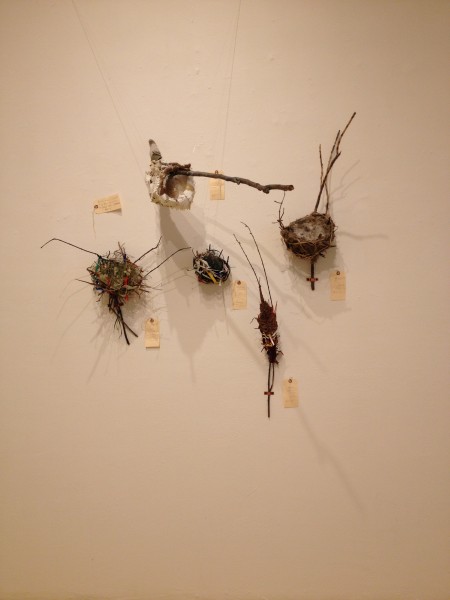 Including an enormous human-sized one: 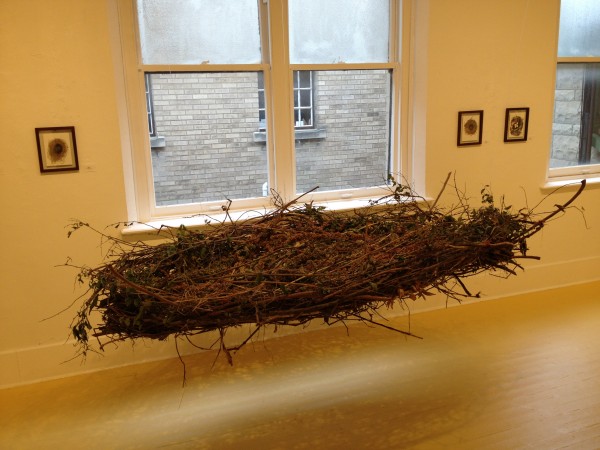 Megan is fascinated with the act of collecting and categorizing urban artifacts (trash) to learn about the secret lives of her neighbors: 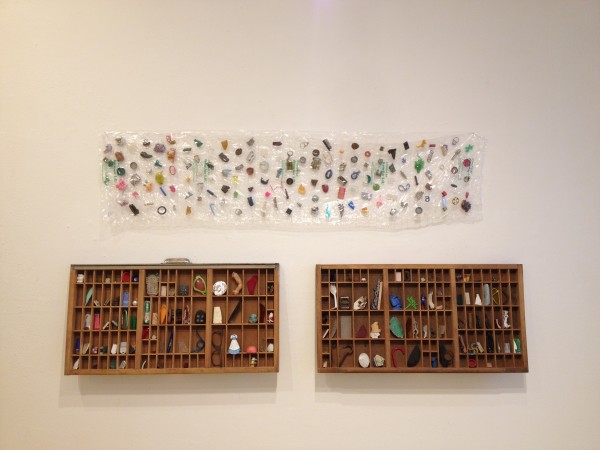 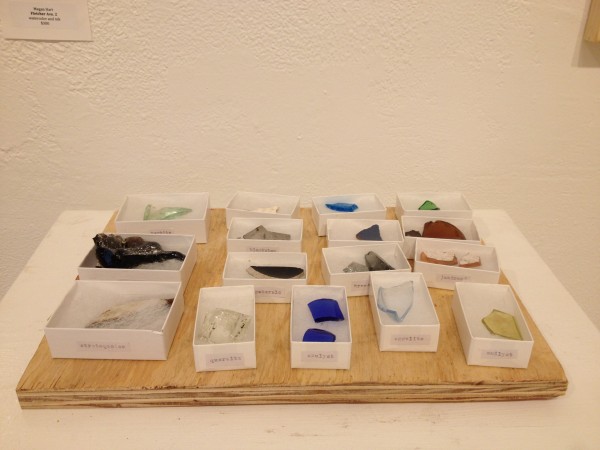 This show, coupled with homesickness from being out of town, has got me thinking a lot about art in Indianapolis, and how a lot of it celebrates our city, our neighborhoods, our streets, our friends.
And then, perfectly, this video about my favorite, wacky, DIY theater group, Know No Stranger was released! Video via our central Indiana contemporary art blog Sky Blue Window

Wendy Lee Spacek is a poet who lives and works in Indianapolis, Indiana. She likes her city veryÂ much. She is a core volunteer of the Indianapolis Publishing Cooperative (Indy Pub Co-Op), publishes small editions of handmade books under the name Soft River and is an arts administrator at the Indianapolis Art Center. She will be posting monthlyÂ all summer long about her encounters with art, culture, creative experiences and resources in her city.