Are residency programs the new PhD? An interview with Sara Knox Hunter from Summer Forum

A couple years ago, Mike Wolf wrote an article about his experience with the space Mess Hall, in AREA Chicago called “Can Experimental Cultural Centers Replace MFA programs?”. It’s a really poignant account of how becoming part of that particular community at that moment answered his concerns about what kind of artist he wanted to be, and by extension, what kind of life he wanted to lead and it was happening outside of the traditional school environment. He talks about watching his friends getting disheartened by the professional field that they work within, and questions whether or not it’s really all that worth it. Mike says, It sometimes seems like teaching in the cultural field is becoming more and more like the bluechip art world, an economy that sets people against each other and can only support a fraction of the people who aspire to be a part of it. I think as far as answering our economic needs and the need for health security, collective creativity is needed. For those in the PhD and MFA camp, there’s no denying that getting your school credentials is really all you can do if you actually want to find a job in higher education but it’s also pretty scary out there once you’re actually looking to be gainfully employed. There is another dream out there to stop the demoralization and be an autodidact: unconventional residency programs. My experiences with the temporary communities built out at unconventional and artist-run residencies like Harold Arts and ACRE is that they give me the necessary space to think outside of being productive, where I get to know new networks of artists outside of school affiliations and nerd out with them in the spirit of the place. It’s very true that not everyone has the luxury of leaving their life to go commune in the woods for a while, but they are just one model out of many for people to figure out how to slow down and blur the professionalism boundaries. But Sara Knox Hunter has an answer for those feeling all fucked up about the real world and looking for an alternative educational experience, she launched Summer Forum for Inquiry and Exchange this last year and the first iteration is happening this July.

So really, there’s this: 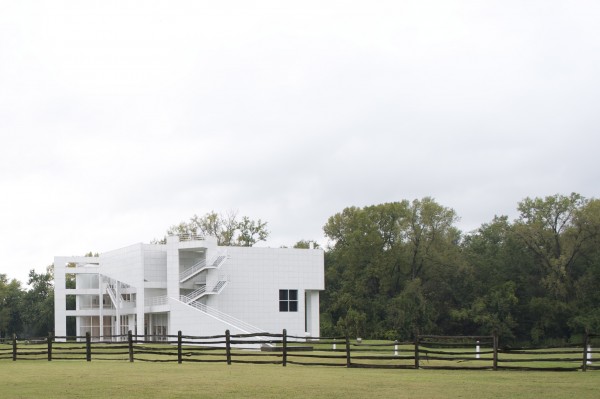 AS: Can you explain a bit about what inspired you to start Summer Forum?Â

Sara Knox Hunter: The idea for Summer Forum began to take shape during the fall of 2010 while I was preparing to apply for PhD programs in Comparative Literature but feeling increasingly unsure about the whole idea. Articles byÂ William Deresiewicz,Â http://theamericanscholar.org/the-disadvantages-of-an-elite-education/,Â William Pannapacker,Â http://chronicle.com/article/Graduate-School-in-the/44846, YouTube videos,Â http://www.youtube.com/watch?v=obTNwPJvOI8, conversations with friends in the midst of PhD programs, and my own experience pursuing a masters degree in Literature in the School of Continuing Studies at Northwestern University opened my eyes to some of the major limitations of the graduate school experience. In the pursuit of expertise, students often hyper-specialize to the point of isolation and lose the opportunity for dialogue, gaining instead self-doubt and insecurity. The myth of the plush, tenure track job opportunity still dictates much of the system so the eventual unveiling of the real, unsustainable job market leaves a trail of absurd politicking and unaddressed shame for those who end up on the outside. In such a system as that, education – learning, exploring, questioning, risk-taking – seemed a distant memory. While experiencing all of these painful revelations – I had wanted to be an English professor since high school – I was immersed in my own community, which happens to be the visual art community in Chicago. I loved the residency model where even artists working full-time throughout the year could take a week or two off to immerse themselves in their practice. If I couldn’t willingly participate in the current PhD system, or if I didn’t want to pay at least $20k for for another masters degree, I wanted to create a space to fill the void – a space for committed but generous criticality, interdisciplinarity, and most of all, dialogue. I realized that I wanted to be an English professor not because I necessarily wanted to teach 18-22 year olds but because I wanted a constant space for the exploration of culture and ideas. I believe that space can and should exist outside the traditional academic institution and while they have always existed, they are starting to become a greater force in the 21st century.

AS: What is the format?Â

SH: Summer Forum will consist of a primary and secondary discussion each day, along with evening programming provided by one of our five invited guests. A text or set of texts will be the basis of each discussion. All residents are encouraged to attend the primary discussions each day and those who are interested can return for a second conversation on a different text. We wanted to give people the opportunity to read as much or as little as they wanted depending on their needs and interests. The evening programming will be determined largely by the invited guests – Linh Dinh, Lucky Dragons, Timothy McCarthy, Marisa Olson, and Randall Szott – but most of it will take place in the Atheneum,Â http://www.usi.edu/hnh/atheneum.php, New Harmony’s Visitor Center designed by Richard Meier, thanks to a cosponsorship from Historic New Harmony and the University of Southern Indiana. In the mornings, residents will have the opportunity to share prepared responses to the texts if they’re interested. Plus we’re hoping to have a film screening or two, tours of New Harmony, canoe rides, and maybe even some downtime. 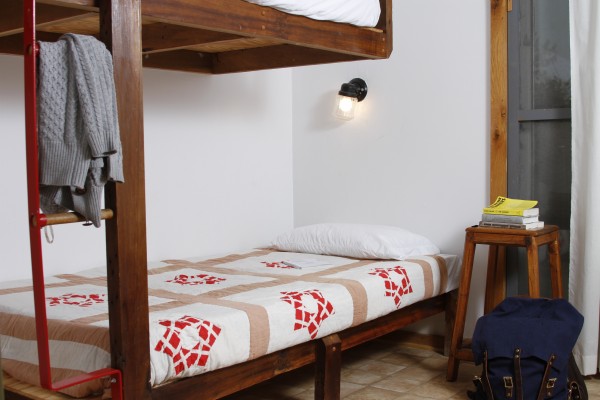 AS: How did you decide upon New Harmony?

SH: I was researching spaces to host the residency when a friend told me about New Harmony. He had taken an architecture class with Ben Nicholson at SAIC and Ben took the entire class down to New Harmony. I visited last spring and knew immediately that it work well for what I was trying to do. New Harmony is the site of these two failed utopian projects from the 19th century but I was especially interested in the second project started by the social reformer, Robert Owen. That community was committed to educational reform, scientific research, philosophy, and art – it seemed like the perfect place to try a similarly minded experiment almost 200 years later.

AS: Will the theme change every year and so will the location change or is New Harmony the site for Summer Forums of the future?

SH: I’m not sure yet what will happen with the Summer Forums of the future. The theme will probably change from year to year and I’m also hoping to eventually have a permanent space, whether that be in New Harmony or elsewhere. I would also love to see a network of Summer Forum type ventures pop up all over. I’m interested in providing different lengths of sessions as well for people who can’t afford to get away for a whole week and longer ones for people who have more time to invest. Perhaps a Summer Forum in Spanish, too?

AS: I love the Hearth and Shelf program as a way for people to show off and perform their favorite texts or their own idiosyncratic approaches to the books they collect. I’m a big collector, or at least I can’t throw anything away, and I attach a lot of significance to what I choose to display on my shelves (even if it’s just for an audience of me and my roommates). They’re like spirit objects for me. And I think about Hearth and Shelf as a way for people to talk about their favorite texts with a generous spirit of inclusiveness rather than needing to be an expert on what the book actually proposes to be about, which I think seems to be part of the spirit of the program. Can you talk about how that series fits into the larger program for you?Â

SH: Yes, I love your response. I think Hearth + Shelf is a part of this new criticality that I’m talking about that does not negate the personal even amidst intellectual pursuits. The books that we have and like are often valuable because of the way they have affected us personally. Giving a platform for these types of conversations, especially in people’s homes, provides a generous environment in which to create new ways of relating to each other without the pressures of professionalization. We walk away having learned something and it opens up the opportunity to learn more.

AS: Will their be creative re-readings of texts out on the farm this summer or what other kinds of “spontaneous collaborative scholarship” do you want or imagine happening?

I am not entirely sure what to expect for the first residency. I hope that by giving dialogue so much focus and attention that the dialogue itself will be considered a collaborate work, operating as a creative and scholarly entity. I’m excited to see what each resident brings to Summer Forum, and what a space like New Harmony will do to all of us.

AS: If you were to do your own Hearth and Shelf reading, what would it be on?

Good question! We own a lot of books but we have also moved five times in the past seven years. Each time we move I scan through our collection and cull out a box or two of books. After five moves, there is a specific reason for keeping every book. It might be fun to share some of those justifications along with the books themselves. I might end with a demo on how to pack the perfect box of books.

P.S. Summer Forum has a kickstarter going, support them here