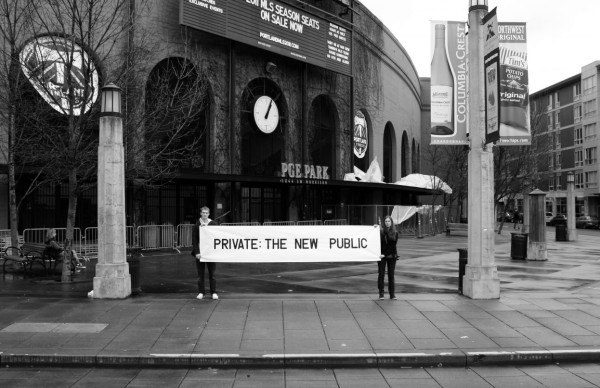 In a recent review in the New Yorker of the Brooklyn Museum’s exhibition of local art, “Crossing Brooklyn: Art from Bushwick, Bed-Stuy, and Beyond,” Peter Schjeldahl singles out BFAMFAPHD as puncturing the effervescent mood of the exhibition, saying that, “The collective BFAMFAPHD (the initials of academic degrees) spreads a homeopathic wet blanket on the show’s high spirits with statistical documentation of the hard lots of current graduates — the staggering number of artists, debt burdens, iffy prospects. The bonus bummer of a group discussion among veteran local artists, in the show’s catalogue, circles the drain of Topic A in the daily life of art anywhere: real estate.” While I don’t really care too much about the over-celebration of Brooklyn as a creative context, this snarky tidbit has a little bit of truth —- the hard lots of current graduates is indeed a quite epic bummer and not just in the over-capitalized art scenes of New York.

But besides being concerned about the harshing of Schjeldahl’s mellow on the wonders of Bushwick, and I didn’t see the show, the questions around who can afford to be artist in today’s economy and concurrent debt crisis is a central concern to today’s generation of artists. How can we talk about this situation openly, honestly, with some well-deserved finger-pointing around the exploitation of artists by institutional culture and a little self-reflexivity about why artists do indeed deserve to get paid (all artists? for what kinds of services?) and who should pay them? 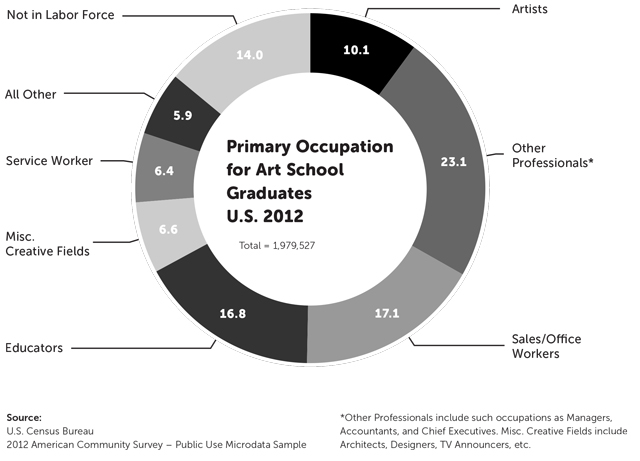 With the recent efforts by collectives BFAMFAPHD asking “What is a work of art in the age of $120,000 art degrees?”, W.A.G.E. Fee Calculator which aims to set standards for artist compensation based on organizational budgets, and from a slightly different angle Brooklyn Commune, “a report on the state of the performing arts from the perspective of artists” (all New York based) providing perspective with some hard numbers to back it up, it’s an exciting time to think about artist-driven efforts to research and fundamentally change the systemic exploitation of artists. 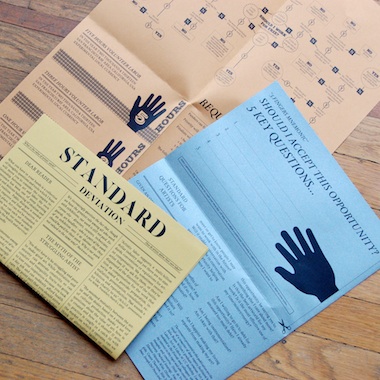 From the opposite coast, in San Francisco where rapid gentrification is significantly and meteorically changing the culture of the city, there have been a number of other efforts to talk through the working economy for cultural producers and how to stop the prevalent culture of working for free. These include illustrator and designer Jessica Hische’s online diagram Should I Work For Free? (which I came to through Christian Frock’s recent article on KQED, which also talks about these efforts), Helena Keefe’s Standard Deviation, which led to a symposium that I also participated in at UC Berkeley’s Art Research Center and an issue of Art Practical on Valuing Labor in the Arts, as well as The Compensation Foundation, a project much like W.A.G.E., which aims to collect data on whether visual artists are compensated for their work, though not as specifically aimed at particular organizations like the WAGE compensation calculator. Who pays artists  is also an online aggregation of anecdotes, which I don’t find particularly useful but perhaps is a good place to share anonymous stories, and then in the recent past, Temporary Services put together the great Art Work, a national conversation about art, labor and economics, which also has its own bibliography. 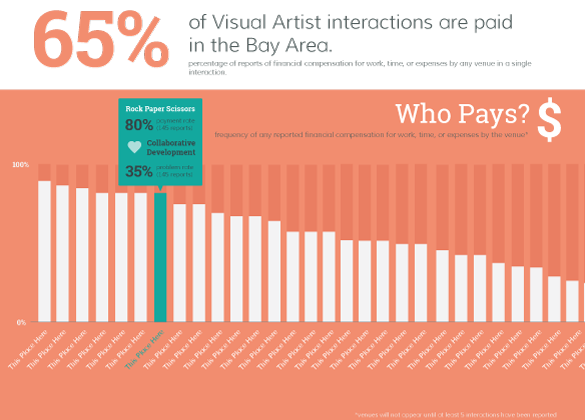 I should say first that I completely support these efforts and advocate for their proliferation and I work at an organization, Threewalls, which has always had an ethos of paying artists and adheres pretty closely to the WAGE compensation calculator based on our budget size. I believe that non-profits should be fighting tooth and nail to keep artist pay in their budget lines and I am against what seems to be a recent trend by organizations to charge artists for vaguely defined professional development opportunities and networking beyond school. People that can pay, should. But what I’m also excited by is the opportunity to really talk about the “who” in who pays artists. As in, who cares about art? How does this speak to our perceptions of “the market” or “the state” or “the nonprofit sector” and whom do we believe is responsible for our social welfare? and, perhaps most importantly, how do we create a shared ethos rather than a shared professional standard?

Because if we do agree, yes artists should get paid, what then? Who are our choruses directed at? We can change standards in the field (and I mean the field of grassroots to mid-size artist-centric organizations because that’s where I operate from, advocates from the museum world also have to start standing up for this) but how can we create a discourse alongside shifting standards that says why its important to do so. And lets not forget the racial and class dimensions of who gets to be a professional visual artist nowadays. Roberto Ferdman, wrote about BFAMFAPHD recently for The Washington Post blog, “If you’re lucky enough to earn a living from your art, you’re probably white”, that “The thing about racial diversity among working artists in America is that it pretty much doesn’t exist.” Anne Gadwa Nicodemus, in her great piece about the myths and preconceptions of artists as gentrifiers on Createequity, writes much along the same lines, but implicit here is some caution about overly narrowing our definition of who working artists might be,

“When we talk about issues of power, social inequities, or “the politics of belonging and (dis)belonging,” as Roberto Bedoya so eloquently frames, I want us to remember that artists, on average, have low incomes, and that they are not all white. The NEA’s Artists and Arts Workers in the United States (2011) reveals that musicians, dancers and choreographers, photographers, and other entertainers’ median salary is under $28,000. Despite artists’ high levels of educational attainment, the average salary for all artist occupations (including architects) is just over $43,000. Over twenty percent of artists are racial/ethnic minorities. And these statistics are only for people for whom being an artist is their “primary” job.”

What Nicodemus is pointing out is that we can widen our scope of artists included in this conversation, and think in terms of solidarities without losing the primary target of fighting against exploitation. Pointing this out does not water down what these initiatives are doing, its just to ask what it means to make art your job and who wants to do so? Because then we can start talking across a spectrum of geography, scale and intent.

What if art is your job in Kansas City, Detroit, Chicago, and not in New York? Is it possible to value and not overly romanticize a day job that allows you the freedom to have an artist space in your garage, the kind of space that doesn’t have a website, isn’t a white cube, and believes in a kind of diy punk spirit? And which artists should get paid? Deciding on compensation standards, in the model of CARFAC Canadian Artist Representation, founded in 1968, also demands that artists define themselves along professional lines — exhibition records, institutional affiliations, presentations at prestigious venues. What could be some alternative standards of value that could make this process more interesting, more open, more responsive to the needs of all kinds of working artists?