But they don’t hurt ’em either

In the words of a great man, “ATTN FASHION CLUB”. This seasons’ looks are something to get worked up about. Here’s a rundown of some favorites: 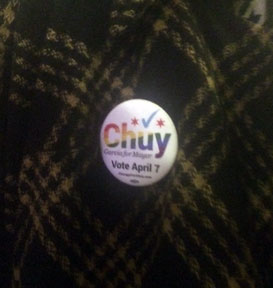 A vote for Chuy is a vote for classy button wear. 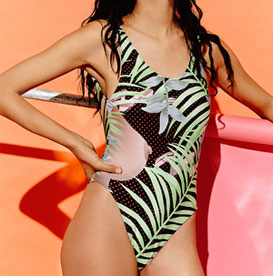 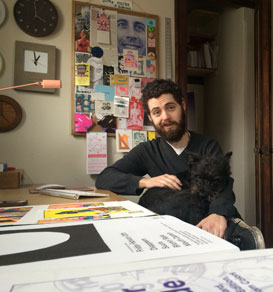 Friend of WTT? and riso printers alike, Clay Hickson, is exploding the apparel game. Nothing is making me more excited for Summer than these hottie bathing suits by Clay Hickson for Leilanni swimwear. On the more affordable end, Editorial Magazine also recently released a t-shirt and sweater designed by Hickson. If you’re like me and can’t get enough Clay, the Tan & Loose proprietor is opening the third edition of Tan Lines on April 17th at Solid State. 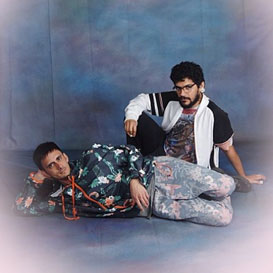 Boys from Miami (and their strange apparel choices) just make my heart melt. Domingo Castillo and Rob Goyanes are a modern day Don and Pancho, Sacco and Vanzetti, Ru and Michelle. Fashion is all about attitude, man. Scope the cuties and their adventures Goyanes’ piece for the Miami Rail. 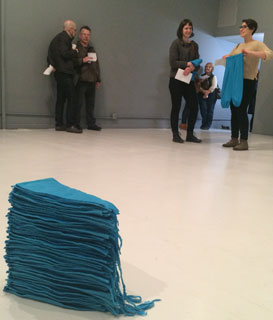 Dressing the Future in My Humility by Joshua McGarvey at dfbrl8r.

As die-hard anti-pajamas-in-public advocates, we hate to admit that sweatpants are having their day in the sun. We couldn’t deny it anymore after attending Joshua McGarvey’s opening at dfbrl8r on the evening of March 14th. McGarvey greeted each person who entered the space with a child sized pair of blue sweatpants, while the rest of the gallery space was strewn with piles of pants and the vestiges of their making. Wake us up when this sweatpant nightmare is over.

ICYMI: A selection of recent posts from Bad at Sports.

Think of this as your month in review.

Header image features work by our newest most favorite artist, Mika Horibuchi, in her exhibition View with a Room with work by Dan Rizzo-Orr at Heaven Gallery. Killer exhibition. On view through May 3rd.

Seriously! We want to hear from you now more than ever as we transition into managing the Bad at Sports blog! 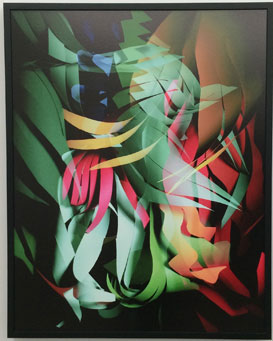 Do you want the good or bad first?

How will Chicago deal? After 15 years in Chicago, with 12 at the helm of Chicago’s beloved Threewalls, Chi’s favorite bespectacled Canadian (sore-ry Duncan), Shannon Stratton has finally caught the NYC bug. As that Yankee outlet reported last week, Stratton will join the Museum of Art and Design as their Chief Curator in June. On the bright side, her departure is probably the most simultaneous exposure Chicago’s had in major art news outlets like ever.

Of course, it’s not Stratton’s style to just up and leave in the middle of the night one night stand style. Her outgoing initiatives at Threewalls are some of the organization’s most ambitious to date. In particular, a fundraiser for the fourth edition of PHONEBOOK (a biennial-ish directory of independent and noncommercial art spaces, programming, and projects throughout the United States) just launched this week. New this year is a stretch goal to create the Phonebook App, which I really REALLY hope gets funded (in other words, give it $ up y’all!). To us, the app seems like the natural expression of the PHONEBOOK project, and would enable users to find and add alternative art venues in real time and space via their smart phone. But, y’know, don’t take my word for it, Stratton and now-Interim Director, Abby Statinsky, make a much more compelling case in their promo video:

As if that wasn’t enough to hold you over, Stratton also recently announced her final mega-event with Threewalls, NEON DREAMS, on May 29th. Everyone within earshot of this blog is already very aware of Threewalls ability to throw a bangin party, but we can’t help but mention the triumphant return of Patti Spliff (aka the most gorgeous Sailor Moon-esque queen we’ve ever seen). We challenge you to plan a more exciting going away party than this one.

That feeling when we stopped caring about how you feel.

Taking on the editorship of Bad at Sports has been interesting (to say the least) it’s also led us to neglect this little ole column, but like suburbanites on St. Paddy’s Day, WTT? is back! Between Kanye, Chuy and Shannon, shit has just been too OOC lately. We couldn’t help ourselves.

That’s not to say there hasn’t been work to talk about in the meantime. A few moments stick out: EJ Hills’ Form Fit lecture at Gallery 400 in January, Meghan Moe Beitiks’s exhibition on the Fermilab at Water Street Studios, and Third Object’s Mossy Cloak at Roots & Culture. With the beginning of Spring flirtations and the 500th episode of the B@S podcast in the can (miss you already, Rich), we’re looking forward to catching up and walking outside with less than 6 layers on! Here are some of our more recent spring awakenings: 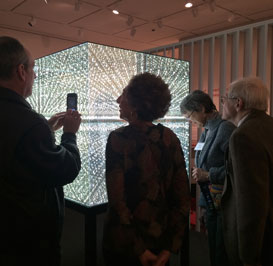 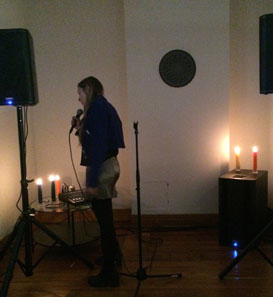 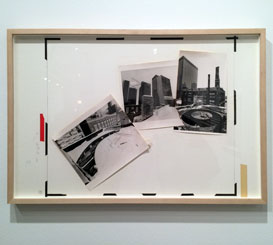 If you haven’t seen this little gem of an exhibition, go see Gordon Matta-Clark’s Circus at Rhona Hoffman, before the show closes April 18th. The images are from Matta-Clark’s last sculptural building cutting before his untimely death in 1978. Oh yeah, and it just happens to be the old MCA building on Ontario, NBD (wait, YBD). 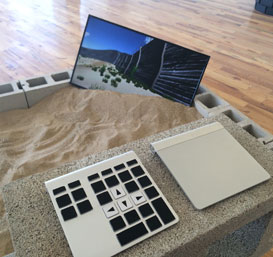 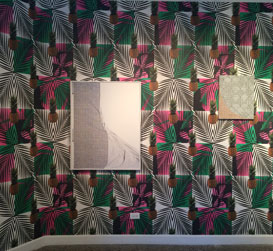 If loving camouflage is wrong, then I don’t want to be right. If you missed Mossy Cloak curated by up-and-coming collective Third Object, well shame on you. You can make it up at the opening of the collabo’s newest exhibition, Were the Eye Not Sunlike, this Friday night (4/3) at Fernway Gallery. The exhibition continues online at ACREtv.org, so there’s really no excuse this time. 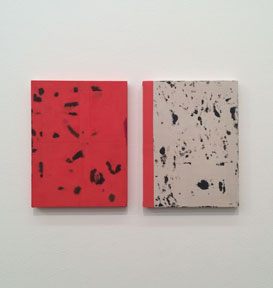 Kind of really feeling these dyed worked by Cody Tumblin (best name or what?) on view now at Devening Projects. His and Angharad Davies (also very worthwhile, but difficult to photograph) work is also on view through April 18th. 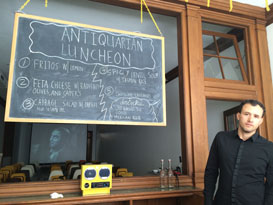 Was really excited to get a glimpse into what Alberto Aguilar is cooking up with Laura Shaeffer at her new art space in the former O’Gara and Wilson book store in Hyde Park. We shared a lovely afternoon over lunch talking about the possibilities and history of the space. And heard Regin Igloria is already hosting book binding classes in the space. 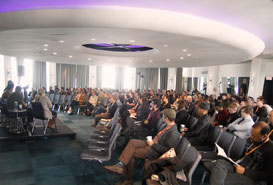 USA Fellows Gather at the W Hotel in Chicago

Have you ever thought about how much cooler art panels would be if you were sitting elbow to elbow with acclaimed artists like Ann Hamilton and Wangechi Mutu? Sounds like some sort of weird art historian dream, but that pretty much sums up our experience last Tuesday at the Artists Assembly, hosted by United States Artists at the W Hotel on Lakeshore. The Assembly had everything we needed for a day of arts engagement. The space was impeccable, coffee was readily available, and USA’s gorgeous program schedule featured a very useful facebook (the analog kind). We were impressed to see our good friend Todd King’s name listed as its designer. 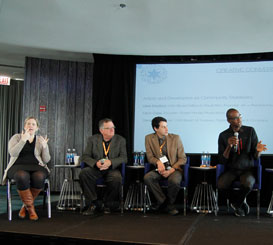 Mark Bradford fields a question during the morning’s “Creative Conversation”.

Tuesday morning started off with an introduction from USA Director, Carolina García Jayaram, and a conversation on Artists and Developers as Community Stabilizers, featuring USA Fellow and Trustee Mark Bradford who spoke on his newly opened Art + Practice Foundation in LA. As you might expect, Bradford was charming and droll, and along with Mitch Cope of Power House Productions, an interesting counterpoint to USA Board Chair, Steve Oliver, a San Francisco Developer.

The rest of the day was filled with panels interspersed with PechaKucha presentations by USA’s extremely diverse group of fellows. I fell in love with the work of Deanna Dikeman, a photographer and ballroom dancer, who showed gripping images of her Midwestern family. Other memorable presentations included 2014 USA Rockefeller Dance Fellow, d. Sabela Grimes’ rousing afro-futurist one man show, and home team heroes, Matthew Goulish and Lin Hixson, presentation of a usually unusual telling of the collaborative work of Every house has a door. 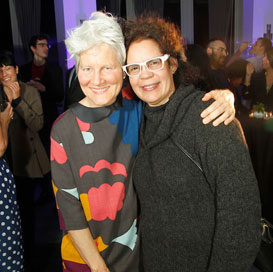 Weirdly (or maybe no so weirdly) our favorite moments of the conference took place in between presentations in hallways, bathrooms and the like. Elevator conversations with Visual Arts Fellows Willie Birch and Ann Hamilton (who also serves on USA’s Board) were major highlights. We had a splendid time discussing Kansas City with Deanna Dikeman (of ballroom fame) and Esther Park (of Youngarts in Miami) over lunch. Meeting Darryl Montana (aka Big Chief Yellow Pocahontas) of New Orleans at the end of the days program was beyond major. The Chief gave us a short primer on the history of the Black Indians, and his family’s involvement going back six (!) generations. His latest costume, a white triple crowned ensemble that would put any drag queen to shame, was nothing sort of immaculate. 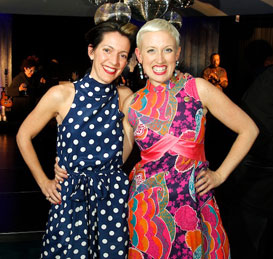 Due to prior obligations, we unfortunately had to miss the tours of the Poetry and Rebuild Foundations and the closing party (which social media tells us featured MANY disco balls), but we’re already planning our outfits for next years’ Artists Assembly in Miami! 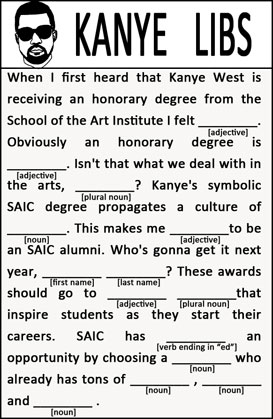