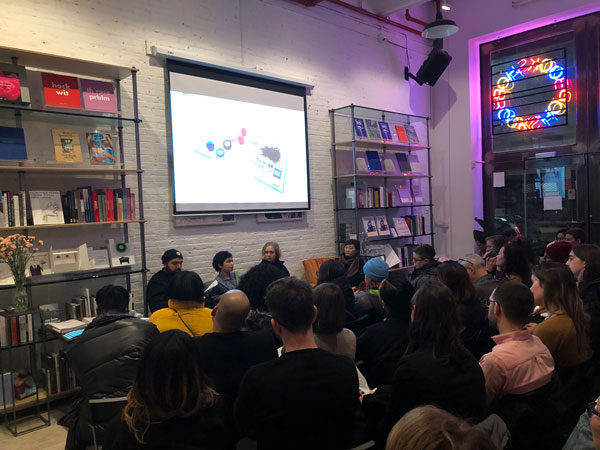 What modes of critique might foster racial equity in studio art classes at the college level?

What modes of critique might foster racial equity in studio art classes at the college level?

Anthony Romero is an artist, writer, and organizer committed to documenting and supporting artists and communities of color. Recent projects include the book-length essay The Social Practice That Is Race, written with Dan S. Wang and published by Wooden Leg Press, Buenos Dias, Chicago!, a multi-year performance project commissioned by the Museum of Contemporary Art Chicago and produced in collaboration with Mexico City based performance collective, Teatro Linea de Sombra. He is a co-founder of the Latinx Artists Retreat and is currently a Professor of the Practice at The School of the Museum of Fine Arts at Tufts University.

Judith Leemann is an artist, educator, and writer whose practice focuses on translating operations through and across distinct arenas of practice. A long-standing collaboration with the Boston-based Design Studio for Social Intervention grounds much of this thinking. Leemann is Associate Professor of Fine Arts 3D/Fibers at the Massachusetts College of Art and Design and holds an M.F.A. in Fiber and Material Studies from the School of the Art Institute of Chicago. Her writings have been included in the anthologies Beyond Critique (Bloomsbury, 2017), Collaboration Through Craft (Bloomsbury, 2013), and The Object of Labor: Art, Cloth, and Cultural Production (School of the Art Institute of Chicago and MIT Press 2007). Her current pedagogical research is anchored by the Retooling Critique working group she first convened in 2017 to take up the question of studio critique’s relation to educational equity.

The Retooling Critique Working Group is organized by Judith Leemann and was initially funded by a Massachusetts College of Art and Design President’s Curriculum Development Grant.

Eloise Sherrid is a filmmaker and multimedia artist based in NYC. Her short viral documentary, “The Room of Silence,” (2016) commissioned by Black Artists and Designers (BAAD), a student community and safe space for marginalized students and their allies at Rhode Island School of Design, exposed racial inequity in the critique practices institutions for arts education, and has screened as a discussion tool at universities around the world.