When reporting has become about shock, ratings and theatrics, and less about accurately and responsibly relaying news, reports like Steven Emerson’s completely fictitious account of “no-go zones” are able to air as solid facts. Fortunately, since it was on Fox, no one with any intelligence believed it to be true, and it was derided immediately by the public. News dispersal is political, but how we filter it is by choice, accepting one view while ignoring others that conflict.

“The News” is a product which sells us ideologies and cars. It defines who we vote for and if the vote counted or not. It gets us angry, even violent, because it is the best theater America has offered the world to date. It is on the level of Shakespeare, NOT because of its eloquence or quick wit, but through its spin and ability to reach every public as if it is speaking directly to YOU, you red-blooded, hard-working freedom-loving educated and compassionate American. YOU, who are able to see the beauty of this land and defend its love of freedom, no matter how flawed, and understand that buying an assload of shit made in China at Christmas is what fuels our country. That our cars run on a full tank of freedom, and our Flag doesn’t run on anything, because them colors don’t run. Even if we only watch the news as a comedy show (cause network news is), we still get this shit filtered into our brains, flossing out logical thoughts with a steady stream of ticker tape spouting useless stock numbers and baseball scores, and real human lives lost compressed down to a number, marching along in the same rhythm of what Miley did what now. 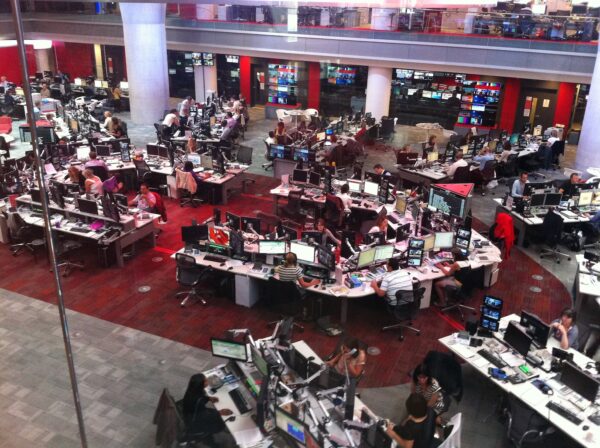 The deprofessionalization of the news is such that even if you understand that a particular source is horribly skewed and the hateful vitriol can’t be trusted, you still have the idea in your head. Abstraction from false facts create an image of the world that is as limited as our own vision. More than limited, as we can’t see how much we are missing; we can only see certain colors or waves.

Real life must correspond with OUR vision, otherwise we contest it, fight it, protest it, bomb it, we shut them down, we come out on top, or our vision is taken under. More and more ideas get posted and reposted, linked and tagged to stay alive, climbing to the top of a neverending avalanche of information. In the end, the most popular will survive, which of course, may be the least truthful and  most biased version. “Facts” become as self aware as a 17 year old using social media, as if they can see themselves in the mirror, thinking what to change, how they are perceived. To know something to be true is to see it played back to us.  Since telecommunications have anchored its dick in the soil of the “greatest, best country God has ever given man on the face of the earth”, we have been engaged in seeing ourselves act, do and live through the screen. This delayed portrayal may offer us viewpoints which we couldn’t see in the moment, such as our physical selves as an other, instead of a disembodied entity we normally experience things as, and it may even show facts that have been ignored willfully or accidentally. Shit gets lost in the mix. The Bible was a delayed news source a few decades, and was altered for centuries after that. What happens is we become locked in an endless loop with our own image, the image of humans. Segregate it anyway you want it to make it an “us vs. them” situation, it still puts You on top, and why shouldn’t it?

This loop, or feedback, as David Joselit calls it, responds as any reflection or copy does — it degrades more and more, every time it is recopied. Information gets subject to other advertisements, commentary; things are gleamed and obliterated to tell a different story.

As we take more and more selfies, our food “takes” selfies and our cats “take” selfies, and this crap thats not meant to have any life to it, just a response to boredom, or not having enough attention paid to you goes out there, with all the Fox and MSNBC shit, CNN and the Onion, weightloss tips and 13 celebrities with the best fake breasts and 7 best life hacks and this suburban mom just learned that you, yes, YOU are a goddamned asshole with too much privilege to be meaningful, but not enough to be powerful, and what he did next will shock you click bait bullshit. It flashes at us as we scroll, trying more and more to grab our attention. There is too much crap smacking us in the face, so that the real news that happens seems less and less like news, just more trash to bury under a steady stream of garbage. We’ll post even more insipid crap to the interspace, a web of digital garbage that rivals the physical landfills, creating an alter universe. These images and content become creations of ours, abstractions of reality. It seems as though there is less interest in knowing what is actually happening the world than creating or defining it ourselves, no matter how painfully egoist or mundane it is. Standing in the way of spectacle just won’t do.

Thanks to Jessi Patuano for the conversation, to Emily Gustafson for the inspiration, and to Dana Bassett, Caroline Picard, Jamilee Polson Lacy, Claudine Ise, Duncan MacKenzie and Richard Holland for the chance. Thanks also to Sarah Margolis-Pineo for getting the conversation started. Thank You.