What You Should Have Noticed in October

Welcome to this month’s edition of What You Should Have Noticed, a monthly article wherein I try to hit the highlights of art news from the last four days. This month is mostly whining, counter-whining, and regional defensiveness, but what’s new? As for October, the ghosts are out and the weather is finally getting awful: for us with the colorful cuticles, this means less motivation to get to the studio but more motivation to stay once you’re through the worst of it, so enjoy the wash. For now, pour yourself a hot toddy, plug in that dusty space heater, and cuddle up for this month’s What You Should Have Noticed in October.

On October 23, 2014, Ken Johnson of the New York Times reviewed Michelle Grabner’s latest show at James Cohan Gallery in New York City. The exhibition was Grabner’s first with the gallery and her first major opening following the 2014 Whitney Biennial she co-curated with Anthony Elms and Stuart Comer. It featured several of Grabner’s new works, including her laborious paintings inspired by patterns and pattern making, a hanging sculptural made in collaboration with her husband, Brad Killam, and several paper weavings. Johnson wasn’t impressed, however: in his review, he laments the “unexamined sociological background of the whole”, namely the artist’s modest and comfortable life (as shown in the exhibition’s video by David Robbins called “A Few Minutes With … Michelle Grabner”) wherein she teaches at the School of the Art Institute, paints at her lovely home studio, hosts openings at her backyard gallery space (The Suburban), and hangs out with her kids. Glossing over the artwork, Johnson points out the humorless banality of Grabner’s un-ironic, un-self-fashioned status as a “comfortably middle-class tenured professor and soccer mom.” 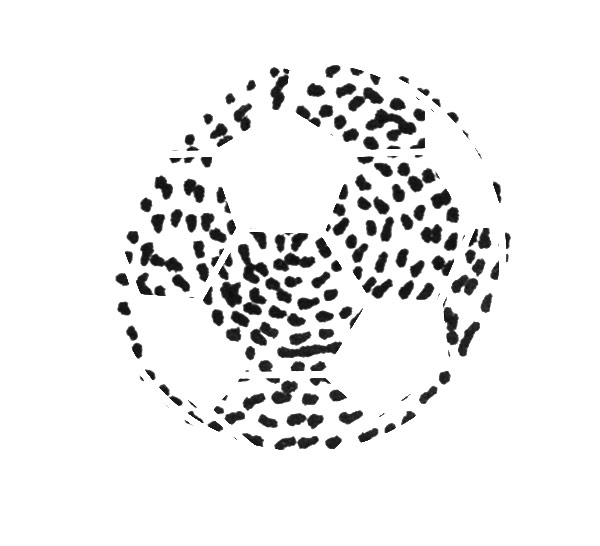 Within the minor world of Chicago’s art world, Michelle Grabner is something of royalty. More than the obvious alliances and good favor earned here among students and artists she’s placed in exhibitions, Grabner’s multi-directional ambitions – as a writer, a curator, an artist, an educator – have inspired a significant number of this city’s better artists, who, without Grabner as an example of many-hats success, might otherwise have focused their way out of all sorts of contributions to art and culture. Beyond her own accomplishments, Grabner is a role model for those who would participate in serious artistic culture while remaining outside of art’s central spaces.

All of which probably goes to explain why my social media feed caught fire this month from the heated accusations leveled at Ken Johnson over his dismissive, ad hominem, motherfuckery review of Grabner’s exhibition. In her article for Art F City, Corrina Kirsch lambasts Johnson’s narrow vision, which apparently cannot conceive of work that “doesn’t abide by some bad-boy-postmodern-ironic stance,” and which hews closer to the experiences that produced it. In two articles for Milwaukee’s Journal Sentinel, Mary Louise Schumacher champions Grabner’s inspiring place among the DIY art world, while challenging Johnson’s sexist clichés and lack of serious engagement with the work. The most heated response came from artist Amy Sillman, who allegedly wrote a letter to the New York Times criticizing Johnson for his pattern of sexism, racism, and an over-focus on the person of his subject rather than that subject’s artwork in his reviews. Sillman goes on to questions the newspaper for publishing such an insulting review.

Insofar as this author is entitled to make a statement by way of conclusion, I’ll offer this: of course Ken Johnson’s review was a lazy shift of focus away from Michelle Grabner’s artwork (which is either superficially nice or complex and challenging depending on a viewer’s generous curiosity) to the artist’s life as presented in Robbin’s video work. However, the presence of said video makes that shift a little less egregious than when art writers google the sex, race, or background of an artist in order to drag in a cheap insight into the artist’s work. All that middle-class midwestern motherism was in the mix of Grabner’s show from the start. The fact that Michelle Graber was more interesting and offensive than Michelle Grabner’s artwork speaks to Mr. Johnson’s narrow tastes and lack of engagement.

Athens, Greece, and Kassel, Germany, will host the fourteenth Documenta exhibition in 2017, which will be titled “Learning From Athens.” The fair will be directed by Adam Szymczyk, who in an article for Artnews published on October 6th, announced a curatorial team that will include partners and recent Chicago transplants Dieter Roelstraete, who joined the Museum of Contemporary Art as its senior curator in 2011, and Monika Szewczyk, lecturer and visual arts program curator at the University of Chicago’s Logan Center for the Arts since 2012. Whether and how their participation in Documenta will affect Roelstraete and Szewczyk’s institutional duties is yet to be announced, but Bad at Sports celebrates the news nonetheless. 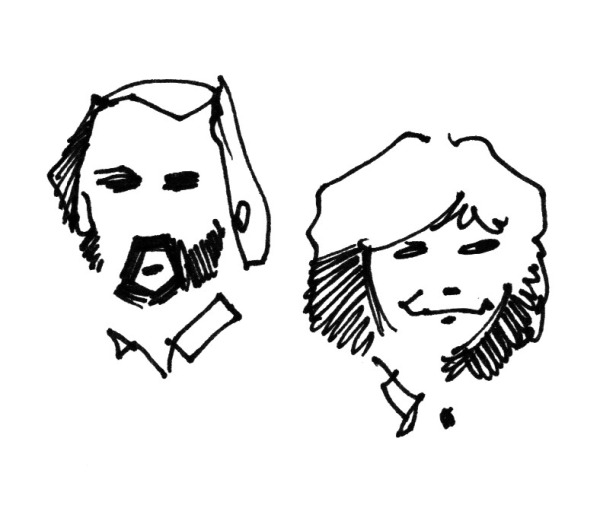 Richard Price opened a tired, shitty, sexist show of Instagram photos and Paddy Johnson wrote for Artnet news that it – no, he – sucks. (How’s that for ad-hominem criticism?). Jerry Saltz liked it enough to write 1,400 words praising it, which makes sense because Saltz is another aging dude for whom the utterly pointless nuances of social media promises endless revelation and intellectual curiosity, an observation which dovetails perfectly into my desire to mention the whipped-to-bleeding ladyass Saltz posted to Facebook on October 12, with the tagline, “This is what your critic does to artists who have been very berry bad.” He quickly deleted the post, but Eyebeam’s Arjun Ram Srivatsa archived it for us.

If you’ll permit me another paragraph of petty art world sniping, David Byrne wrote a stunningly out of touch article on October 7, in which the Talking Heads genius (though let’s not neglect to give Tina Weymouth and Chris Frantz their two thirds share) complained that the type of art he sees while jogging around the West End of London is catered to the rich. I could have too much fun with such a ridiculous observation, but Ric Kasini Kadour got to it first in an excellent article for Hyperallergic, wherein the author pointed out the tiny horrible cash-wet corner of the art world that Byrne – and many others – focus on when readily dismissing today’s art. As the abovementioned Dieter Roelstraete wrote for Frieze in 2013, just go already. 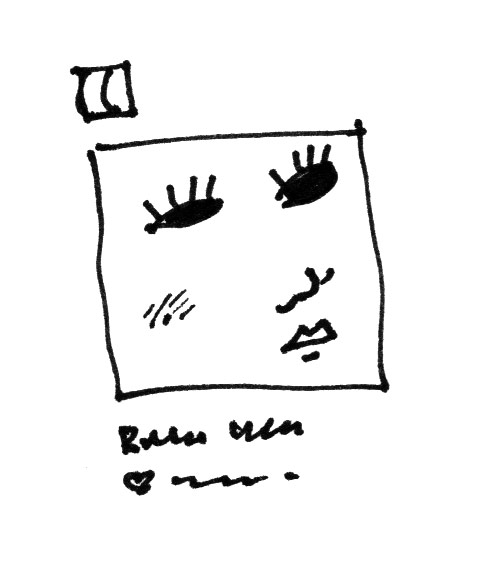 The wonderful men and women who brought you The Green Lantern (Caroline Picard and Devin King) are back with a gorgeous new space on Milwaukee Avenue called Sector 2337. Functioning as a for-profit business complete with limited liquor license, gorgeous exhibition space with regular programming, and home for Green Lantern Press, Sector 2337 is a welcome addition to the neighborhood’s visual art scene. Read more in Matt Morris’ article for NewCity Magazine. 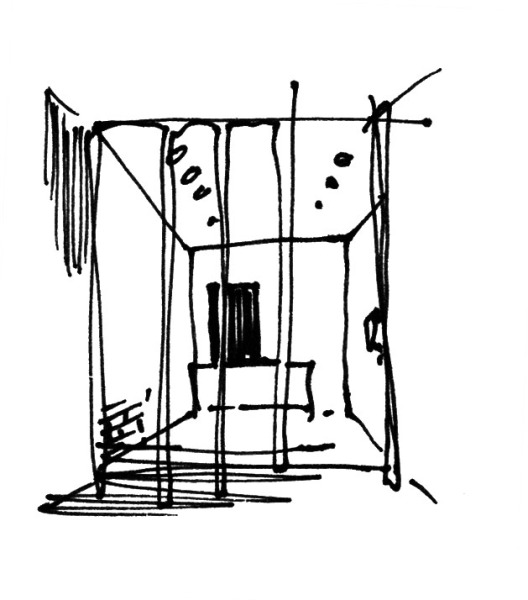 Having sufficiently freaked the squares, Paul McCarthy’s Tree, an 80-foot-tall inflatable sculpture of either a Christmas tree or a butt plug but really a butt plug, was slashed by on October 18 by unknown Parisian assailants. The previous day, the 69-year-old artist had been physically attacked while installing the piece in the Place Vendôme. Tree had been a commission for the 2014 Foire internationale d’art contemporain (or FIAC). The artist expressed the wish that the sculpture not be re-installed, citing the possibility of “clashes or physical violence.” 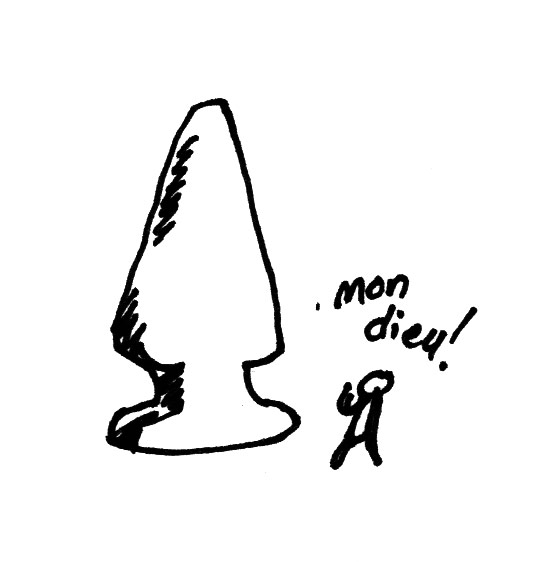 And that concludes this month’s ever-unpredictable and delightfully illustrated What You Should Have Noticed in October. Tune in next month for another edition. Happy halloween!