What You Should Have Noticed in September

Is it over already? Between the EXPO Chicago fair at Navy Pier, Gallery Weekend Chicago, and the opening of the fall art season around the world, September saw the art world at work. Over cocktails and high heels, we were able to check out the culmination of a year’s worth of preparation by just about everyone in the visual art scene. Frankly, I’m a little overwhelmed by the thought of summing it all up. But I know you were busy, so I’ll try to hit the highlights of what you might have missed in this month’s What You Should Have Noticed in September.

David Bowie Is (Finally) at the MCA

The Museum of Contemporary Art’s blowout exhibition David Bowie is opened to the public this month, following a long and terrifying period of anticipation and reconfiguration (some of which I saw during my six-month tenure in visitor services this spring – go VS). The exhibition, a traveling show from the Victoria and Albert Museum in London, is a richly textured history the pop icon’s cultural impact, consisting of over three hundred objects curated out of the David Bowie Archive. Having already sold out in London, Toronto, Brazil, and Berlin, David Bowie is comes to the MCA as the tour’s only stop in the US before heading to Paris, the Netherlands, and more. There is a documentary about the exhibition (not the artist) that opened this month as well. Noticeably absent from the entire affair is David Jones, the creative genius behind it all, who seems more to have allowed the exhibition to exist rather than take active part in its promotion.

There’s been plenty buzz around the exhibition. A flash mob troupe in Bowie costumes appeared unannounced to perform a choreographed routine of the artist’s hits, and the MCA’s on-site Wolfgang Puck restaurant introduced a Bowie-themed menu somehow lacking in red peppers and cocaine. Even Rahm Emanuel, Mayor of Chicago, marked the exhibition’s opening by declaring (in an awkwardly photoshopped press release) that September 23rd would be “David Bowie Day” in the city.

If this all sounds a little much, some agree: most notably, Temporary Services’ Marc Fischer broke the silence on Facebook when he asked, “Since when do so many people give a shit about David Bowie?” The hundred plus comments that followed sketched the controversy of the exhibition, which puts the Museum’s mission to provide challenging contemporary art against the opportunity to indulge in more-advanced-than-usual cultural populism. David Bowie is will certainly be a money-maker for the museum and for the exhibition’s backers, and will put a lot of human beings in front of art who might otherwise have spent an afternoon elsewhere, but some worry that blowout traveling shows like this one (and the spring’s Isa Genzken exhibition) are a sign of the MCA’s increasing move toward safer bets.

It should be noted, however, that during the summer of 2005, some friends and I took a trip to Beaver Island, Michigan, and rented a jeep to drive around between beaches. The site was too remote for any radio worth listening to, but luckily we found a Diamond Dogs cassette that someone had left in the tape deck, which we proceeded to listen to exclusively for the entire long weekend. 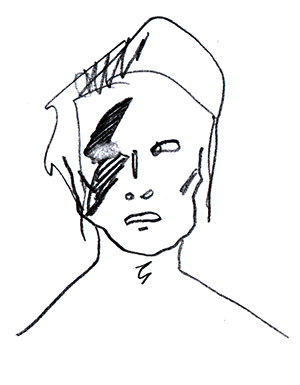 EXPO Chicago is Here to Stay

As an art fair city, Chicago started this century on a downswing as the long-running but newly waning Art Chicago failed in a years-long disaster, culminating in 2011’s weak farewell at the Merchandise Mart. For those who’d followed its meteoric descent, and watched fair burn up in a thickening atmosphere of competing and superior fairs, the demise of Art Chicago felt like a mathematical inevitability; its dying breath sounding something like, “Miami in December.”

While Art Chicago was cancelled in 2012, the same year saw the birth of a new fair by Art Chicago’s former Vice President and Director, Tony Karman. His new EXPO Chicago caught on: three years in and Art Chicago is mostly forgotten, with the smell of death newly brightened into champagne, skinny pop popcorn, and fresh paint. The fair featured a long list of blue chip galleries, institutions, and project spaces; the special projects included impressive installations by Jessica Stockholder, John Preus, Jeanne Gang, and the Big Daddy himself, Shaq Diesel. Business was apparently good, with tens of thousands passing through during the fair’s three days, and the opening night was a riot, though the after party on the Mystic Blue, a smallish cruise ship parked along the pier, was a sobering experience for the underpaid staff, interns, and volunteers who make fairs like EXPO tick (the party had a cash bar).

Several art journalists have given the show proper analysis: NewCity features wrap-ups from Alan Pocaro, Erin Toale, and Matt Morris; Robin Dluzen covered the Expo for ArtFCity; Bad at Sports’ own Dana Basset drops notes in her What’s the T? brief; and ArtSlant’s Britt Julious gave the fair some exceptionally bored coverage. You might also check out Pier Review, Bad at Sports’ on-site publication for the fair. Further analysis is still on its way, or maybe not now that the fun is over, but keep an ear out. 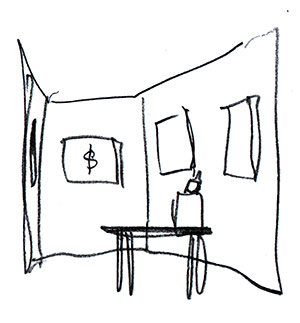 Up until a few years ago, the fall art season started on exactly the first Friday night in September. However, the party atmosphere in the West Loop, for example, was not entirely conducive to cultural appreciation; with bigger crowds, the night was turning into something like an extraordinarily brief street festival, where artwork was more likely to be destroyed or damaged than bought and sold. It’s no surprise that things have become more staggered, with some galleries sticking to openings on that first weekend, and others holding out for Gallery Weekend Chicago and the EXPO crowd later in the month.

To mark the start of this season, here are a few new galleries on the scene, some very new, some still getting started, and some which may have been one-off spaces that I wrote down by mistake: 4th Ward, in Hyde Park; Fernway, in Ukrainian Village; Trunk Show, a mobile space; DOMUS, in Pilsen; Free Range Gallery, in Albany Park; Kitchen Space, in Logan Square; and Night Club, in Bucktown. 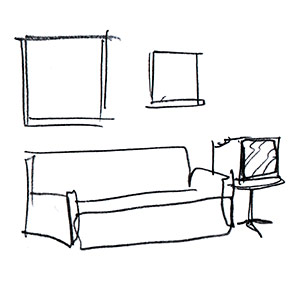 For what its worth, the Art Institute of Chicago was selected as the best museum in the world by TripAdvisor, a selection based on its users’ reviews over a twelve month period.

Ai Weiwei’s @Large: Ai Weiwei on Alcatraz opened this month in the San Francisco Bay. His three installations address the imprisonment of cultural workers, the history of the island prison, and the politics of expression.

The Barbican, London’s premier state-run performance arts center, closed its controversial Exhibition B, a work by the white South African artist Brett Bailey, following protests by hundreds of Londoners and anti-racism groups. The traveling exhibition featured graphic reenactments of slavery and colonial violence committed against Africans, within a setting recalling the human-zoos that toured Europe during the 19th century. Check out the artist’s response to the closing.

2014’s Genius Grants from the McArthur Foundation were announced this month. The list of winners includes two artists: Rick Lowe, the community-development artist whose Project Row Houses largely inspired Theaster Gates’s Dorchester Projects in Chicago, and Alison Bechdel, the cartoonist author of Dykes to Watch Out For. 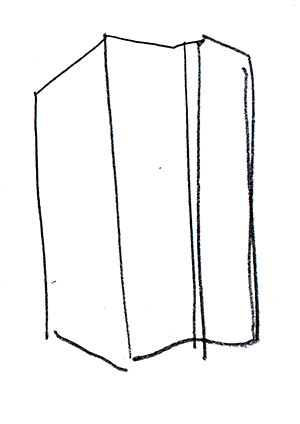 And that’s it for September! Check back next month when I’ll try again to find a meaningful balance between informative journalism and headline saliency in November’s art news. Good luck!