The Museum of Non Participation 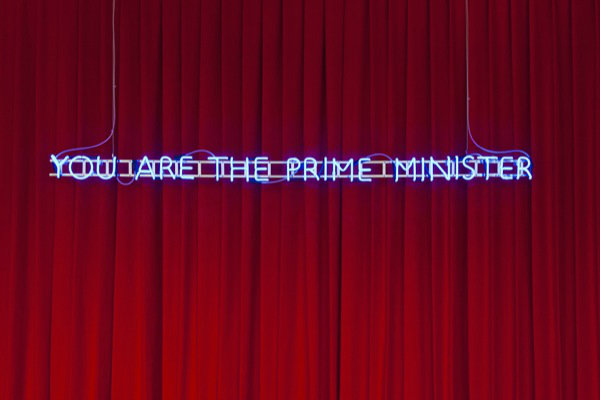 On their entrance exam, would-be students to Eton College are presented with a fictional scenario and asked, in the face of civil unrest, what they would do, as UK Prime Minister. Under normal circumstances you might dismiss this as a bit of pedagogical fun. But facts remain that David Cameron, the real PM, attended this school along with a number of his closest advisors.

Eton College is commonly thought to be the best education money can buy. And in Britain it currently seems as if money can buy your way to the top. But, strangely, despite their roll call of 19 prime ministers, the Berkshire school has produced few notable artists. And one imagines, rightly or wrongly, that an old Etonian would make traditional, reactionary art.

Such an accusation could never be levelled at Karen Mirza and Brad Butler. The duo make films you might call incendiary. They are building a body of work known as the Museum of Non Participation, making art at “pivotal moments of change, protest, non-alignment and debate”. Take,for example, 2009 film The Exception and the Rule.

Neither a documentary nor a work of fiction, this film draws Mirza and Butler from the vibrant streets of Karachi towards a scene of angry economic protest, a landscape in flames and a lone figure who sleeps by a roadside and could be dead. But the distance between here and there is collapsed by the final shot of a multi-cultural estate in Britain.

“If all art is political, how can you make a political film?” asks one of the narrators. They are answered shortly: “A worker who buys a small camera and films his vacation is making a political film”. But there are so many places you can’t film in Pakistan (much like the UK/US), and the team collaborate with one of two local filmmakers who appear to get what the Museum of Non Participation might be about.

Mirza and Butler film everyday crowds on street corners and roadsides, then speed up the results to create an exhilarating time lapse. They film the India-Pakistan border ceremony, call it an Intermission, and ghost out the military participants. At no point do they succumb to the traveller’s temptation to render this distant land like a picture story from National Geographic Magazine.

As a result, this is a successful political film. At one point the artists suggest, “Positioning the camera is to take sides”, in which case it sides with the ‘people’. That’s if we can still talk about the ‘people’ in this atomised new media age. The Exception and the Rule will allow you to travel, so long as you forego your status as a tourist.

The work can be found at Waterside Contemporary in East London in what, remarkably, is only Mirza and Butler’s first solo show in Britain. It shares a gallery with a timely sculptural installation; “You are the Prime Minister” is both title and a phrase picked out in neon. You can see it from the street outside. Savvy kids cycle past and laugh at the notion. This is not the grounds of Eton college but an inner city estate.

Should any of them take up the challenge/invitation they will discover school desks set out in a row and duplicates of a genuine admission exam for Eton. The hypothetical question at the top of the paper begins “You are the Prime Minister” and goes on to question how you might send in the army to deal with rioters. Never mind providing work and prospects for the urban poor, at Eton these days politics is all about keeping the population in line.

Karen Mirza and Brad Butler: The Unreliable Narrator can be seen at Waterside Contemporary, London until August 9 2014