Safe House Co: the store that is anything but 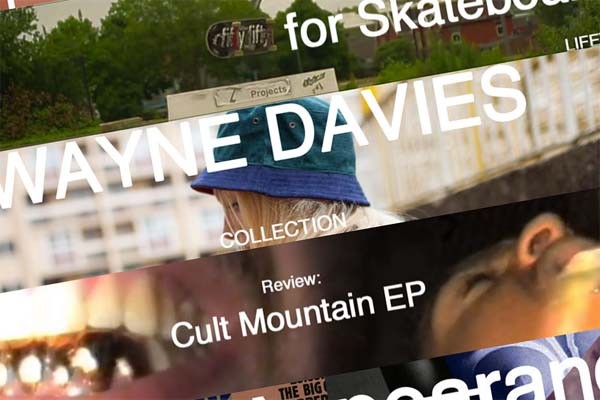 Perhaps the future of UK art looks like this: budget music videos, cutting edge t-shirt labels, and an online platform that fosters discovery of said product as the country’s most creative young people endeavour to make their voices heard and to make ends meet.

Safe House Co is the work of twenty somethings Jack Bartrop and Joe Bidmead. It’s a shop window for a network of friends and associates. And in a marketplace flooded with creative talent, it’s an opportunity seized, rather than given for free.

Bartrop agreed to an interview over coffee in a new cafe. “What you’re studying isn’t necessarily what you end up doing,” he says. Like most who study the arts, the film-graduate has to work two jobs: one to pay the bills and one to sustain his passion.

The result can be seen at safe-house.co, a professional-looking site with a select mix of fashion and music brands. Bartrop rejects the term ‘online magazine’, but one suspects he’d be even less happy with the word ‘brochure’. Perhaps he’s discovered the future of journalism, as well as art.

“This is the thing: it is an experiment to a certain extent as everyone involved is doing something creative and also pushing products. They have to sustain their interests in that, and I think it’s not necessarily a bad thing to have tangible products,” says the 25-year old anti-preneur.

But he doesn’t expect to make a living from the site at any time soon. “That’s the dream,” he says, “But that isn’t our priority in any way.” He tells me they sell branded t-shirts, but defends this with the information that all money goes into staging Safe House Co events.

Given that Safe House Co is largely virtual, Bartrop is committed to “tangible things like events where people interact with each other”. And he paints a picture of grassroots activity, where his creative peers are hustling to get by.

“Everyone has to sustain themselves, to get a lift to a gig by selling a T-shirt or a CD that they’ve made,” he says. But you can’t help feel that this generation deserves better than the austere realities which characterise Britain in 2015.

What might yet pique your interest in Safe House Co is a mission statement which quotes Pierre Bourdieu and Michel de Certeau. Critical thinkers aren’t usually your go-to guys for skateboard laces, one of the more niche product lines on Bartrop and Bidmead’s site.

“We don’t want to pigeon hole [the site] in any way and find a demographic from day one,” he says, despite the sophisticated design and language around the project. “We’re not trying to market anything. The whole purpose of it is for people to come to the website and discover something new through it.”

Bartrop doesn’t need to be told that attention is the commodity of the age: “If someone does well through Safe House and people recognise them as a Safe House contributor, then to a certain extent everyone else involved will benefit.” That’s the theory, at least, but it’s a positive one.