It doesn’t feel right to report on this exhibition in a digital format–a piece of writing that will likely never be tangible evidence of its existence. The only proper way to engage with this work seems to be on a typewriter, with words scratched out and penciled-in corrections. Next to me, should be a waste basket overflowing with crumpled up pieces of disregarded words in a room only half-filled with light from a blinded window. I should wear spectacles too–the ones that magnify my own words to inexorable sizes and hang on the precipice at the bridge of my nose. I should chain smoke cigarettes and smash half-smoked butts into a circular plastic ashtray–a relic in its own right–that is as sated as my trash can. There should be an industrial era lamp hanging over my workbench where the smoke pools in its conical mouth piece. This work transports me to another place, and another time–indistinctly not my own. Yet somehow, I feel like I know it well. 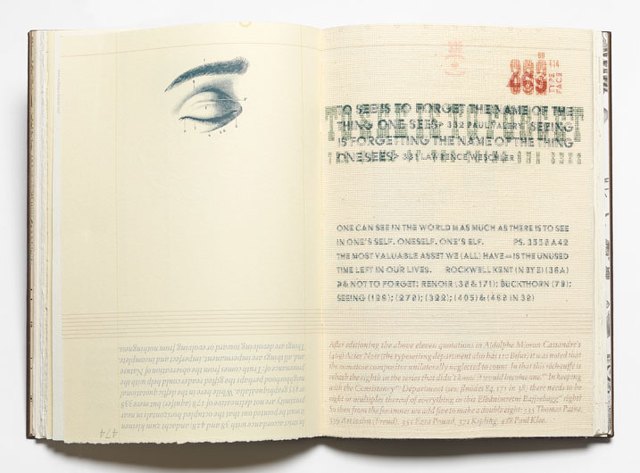 Walter Hamady’s most recent show entitled, “Merit Badge” at Corbett vs. Dempsey is a colossal exhibition with meteors of information contained within small vessels. It serves as a miniature survey of a man’s career–though after reading the exhibition catalog, I get the impression that this show is but a small sample of a lifetime of prolific production in a variety of media. Whether working in collage, assemblage, bookmaking (in its own infinite capacities), or his personal diary, Hamady seems to have relentlessly recorded his life. His perspective. His place in space.

When looking at the work, I read each individual object as a beginning, a rudiment, or a part of a whole which has not yet materialized. The work is suspended between ideas and does not admit the viewer beyond its physicality, nor does it posit answers to proposed questions. The total procedure forms a well-articulated system of knowledge for the maker, that seems to be independent of the histories that would claim a stake in its material manifestations. This work is not about art. It is art. It is not about an art-historical vernacular that co-opts an object’s meaning and intention. To me, this work is about magical thought and the type of operations that this way of thinking requires: adventure, risk taking, and an aloof position to the world in which it exists, while maintaining an acute awareness of it. 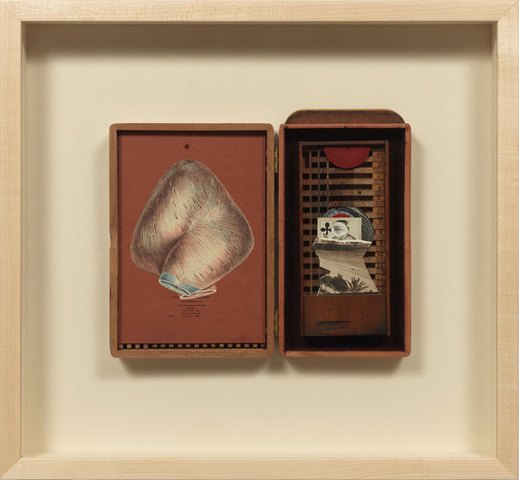 Magical thought should not be reduced here to the immediate associations that it may suggest–a peripheral and imaginative realm that may create only flippant trajectories of reason, that solely exist outside of tangible reality. Walter Hamady’s life work, seems to be a parallel form of acquiring knowledge–a distinctly individual methodology for understanding one’s position in the world. He seems to constantly question his own worth, the value of the work he makes, and the institutions in which the works seeks to gain acceptance with striking affect.

Hamady’s work exemplifies a relentless production schematic that operates as forced attrition seeking to thwart an inherit skepticism of all that aims to discourage him. It is a tale well-known by artists–one of denial, rejection, exclusion and the occasional acceptance. In the rare moments of approval, the artist acquires critical nourishment that helps propel their operations. In the exhibition catalog, there are several journal entries included as a glimpse into the way this artist recorded his life. One such entry is from April 15, 1964 in which Hamady alludes to the gravity of acknowledgement from artists whom he admired: “…and Robert Creeley was standing right behind me and had heard everything that I said and Keith introduced me as a ‘good, young poet’…and Bob put his arm around me and said, “Come on in I’ll buy you a drink.” And I went in, and of course, he signed my book and we talked…and I told him I was doing a book…and he said he would like to see it. So it was a very, very, very moving day for me…very critical.” 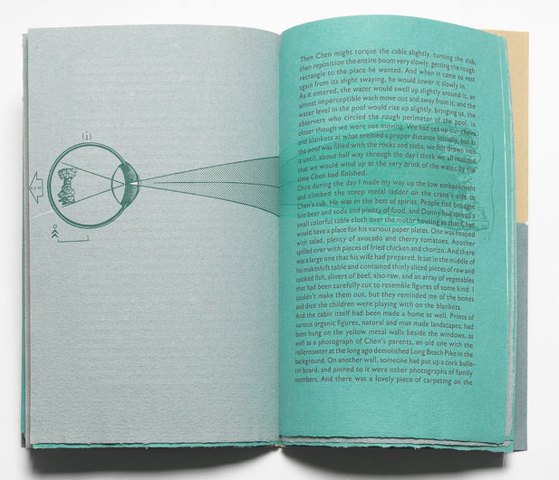 I get the sense that Hamady gathered an equal amount of critical sustenance from objects and solitary moments of engagement that provided him with the impetus to make something, to write something, or to simply etch a moment into permanence by jotting into his diary. On February 10, 1974 Hamady recorded a moment that may have required such permanence: “Coming in from sawing that oak I took the trail we cleared and came by the place in the drifts where we had fallen in (on purpose) that night of the full moon when we were out walking. That was a pleasure indeed to just fall with abandon & be surrounded by the enveloping coolness, firm holding you in the random position of the drop, the light of the moon, the invisible push of wind through the oaks tinkling the leaves. I think I would like to die this way.” 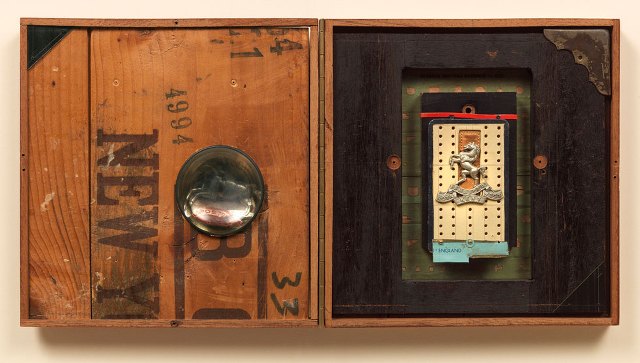 In almost every sculptural work that is included in this exhibition there is an eye. A critical eye that is staring at the viewer. I can’t help imagining these eyes as staring first and foremost at Hamady himself–as a reflection of a person looking within to describe what is without. This self-reflexivity makes this exhibition a monumental description of time and of the sense of control that can be acquired through an articulate understanding of one’s capacity to record it. Walter Hamady is constantly striving for life’s merit badge, or more simply, the feeling of accomplishment one might have from doing something well. To me, “Merit Badge,” is about the constant inner dialogue every artist seems to have–a back and forth battle about the merit of one’s own endeavors. To earn that badge, one needs a little magic and Walter Hamady seems to have a surplus of it. See the show. See it twice. Grab a catalog.