Knight at the Museum or, Try a Little Tenderness 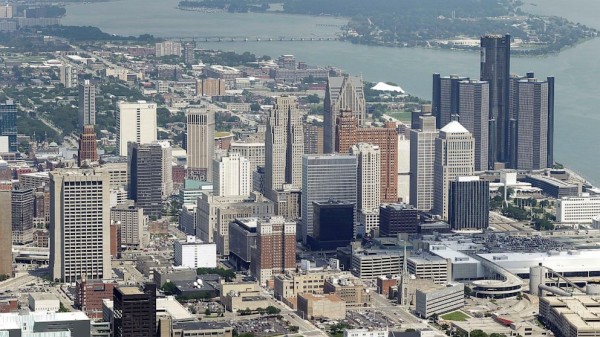 Detroit in the media (depending on who you talk to)

In the wake of the recently announced Detroit bankruptcy, and amid the uncertain fate of the Detroit Institute of the Artsâ€™ collection, the Knight Foundation revealed the winners of Knight Arts Challenge: Detroit last week. 56 winners — from individuals, collectives and established organizations and institutions — were awarded grant money ranging from $5,000 to $120,000, given the chance for art to lift a community in the way an emergency manager and bankruptcy cannot: spiritually, mentally, passionately; with love and tenderness. While the Detroit bankruptcy proceedings will be fat cats and brass tacks, pushing elected officials and community members further out of the decision making, the Knight Challenge grant recipients will aim to return power to the people, on micro levels, yet with respect and agency given to the very people in the communities these artists and groups will work with. Thus, the award winners, in total given $2.1 million, represent a ray of hope in the cityâ€™s immediate future and may quickly change the landscape of the city if they are successful. 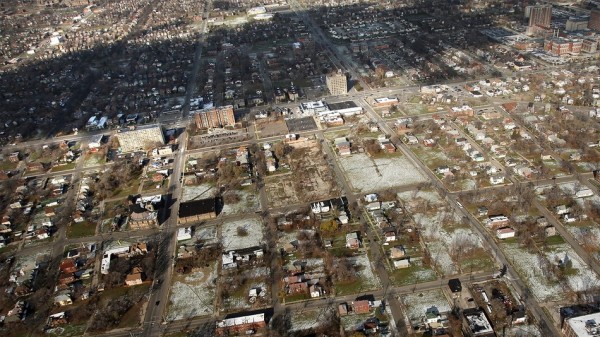 …and Detroit in the media (depending on who you talk to)

The Knight Arts Challenge: Detroit is an initiative of the John S. and James L. Knight Foundation, and is a $9 million dollar campaign to draw from the talent of the city, to keep creative people in the city, as an investment in the arts of Detroit. It follows from the adage â€œWhere culture can breed, people will breedâ€ (I just made that up), but its a lot like â€œIf you build it, they will comeâ€ in that it is the arts that build a city or community, that the vitality of the culture sustains the soul and makes people want to live somewhere, that they need to live there, even if thereâ€™s no public transportation, lack of basic services like trash removal or functioning street lamps; even if the rest of the country has given up on the place, it still has potential that can be seen and felt. Because art and music has a deep history in Detroit, as does innovation and invention.

The winning entries are diverse, and as all were required to take place in or affect Detroit directly, most of them are geared towards working with the communities of the city to instill positive change, empowerment and growth. They ranged from creating a lending library of contemporary Detroit artwork for residents to live with and potentially buy, creative writing workshops, hyperlocal radio broadcasts to create a sound collage while driving through the city, a residency program for musicians outside of Detroit to collaborate with the local musicians, a competition to foster more talent in contemporary Jazz, production of guitars made from reclaimed wood from demolished homes in the city, an artist residency program in city elementary school, seed money to expand an established film fest into a larger event with national status, a nationwide tour of an interactive project geared at engaging viewers with ground roots change, and many many more. One that I find compelling just from its blurb on the website is a video project conceived by the Charles H. Wright Museum of African American History:

â€œTo illuminate some of Detroitâ€™s dark neighborhood streets physically and spiritually, the museum will commission a series of video art installations showcasing the faces and wisdom of the cityâ€™s elders.Â In conjunction with a team of Detroit media artists, distinguished filmmaker Julie Dash will create the works. Each will seek to bring light to the legacy, vitality and fabric of Detroit, while providing safe passage for residents in a city in which a recent survey said some 40 percent of streetlights were in disrepair.â€

The phrase â€œ40% of streetlights were in disrepairâ€ is not an exaggeration, but should say â€œare not working at allâ€. So many streets in the city are completely dark at night, inviting all sorts of violent crime, not to mention further lowering the quality of life experienced by residents in those areas. The temporary lighting of these streets, with proud images and text of the cityâ€™s past will no doubt be a jolt to the senses. What is needed, of course, is for working streetlights to once again be installed. Ultimately, this will be more powerful than an artwork in terms of transformation. One hopes that this project acts as a catalyst for that to happen, by literally shining a light on a huge problem in the city.

I sincerely hope Emergency Manager Kevyn Orr is devising some way to get the street lamps, as well as other crucial needs of the city taken care of. Obviously, he isnâ€™t interested in the arts, as he wants to strip the city of its culture for quick cash. Which art institution will be next on the chopping block? It seems important that now someone is trying to invest in the arts of Detroit. Along with Kresge, a more established arts grant in the Detroit region, a big push is being made to not only keep talent in the city and to nurture the arts, but together they breed an outlook on the art of Detroit as a whole: within five years time (or hell, right now) if someone wanted to quickly distinguish the art of Detroit, they would probably throw out words like â€œcommunity engagedâ€, â€œguerrillaâ€, â€œactivistâ€, or the foul phrase â€œsocial practiceâ€. Not to poop in the punchbowl, but as a narcissistic artist bent on only furthering my own artistic hopes and dreams, I find this potentially disturbing, that a cityâ€™s identity could be considered along terms of social practice, as aesthetics are so often ignored with work that is community engaged. For now, though, I am more than happy to content to leave this issue for the future, a future where we can afford to consider beauty alone, and not pragmatism and politics. Knight Arts Challenge is opening doors that seemed demolished long ago. Hell, its national news that we just got a grocery store in downtown for christsakes.