“The winter is coming”

It’s official, Chicago artists are back from their residencies and vision quests and it is time for the fall gallery season. Inaugurated this weekend with about a million openings from River North to the ‘burbs and back again, we’re still reeling. Here are some photos while we iron out our thoughts: 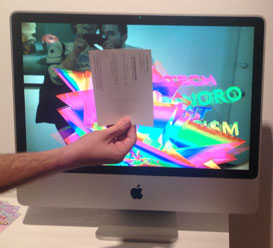 Oh, this brave new art world! We didn’t know QR codes could actually do something but this interactive curiosity greets you at the entrance to Technoromanticism, a strictly new media show curated by Alfredo Salazar-Caro at Jean Albano Gallery on Friday night. 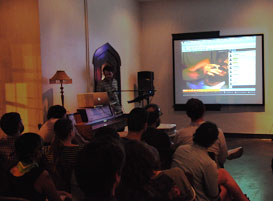 Performance finally showed some skin at the second iteration of THIS IS NOW A MAGAZINE: Dwyer/Fraccaro/Wylie in Logan Square last week. Things were anything but comfortable at the Comfort Station during a performance using CAM4 and something having to do with Buffalo Bill that we wish we could erase. 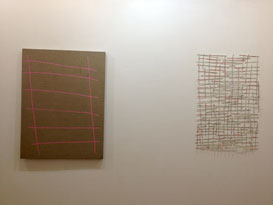 This pink combo stole our heart at LVL’s opening for Quandry on Saturday night.

Volume Gallery debuted their completely amazing and beautiful renovated space on Friday night with a show by Jonathan Muecke. Despite all the new space (or maybe because of it) the gallery was totally packed. This photo is from SightUnseen 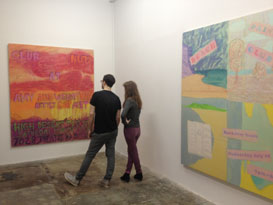 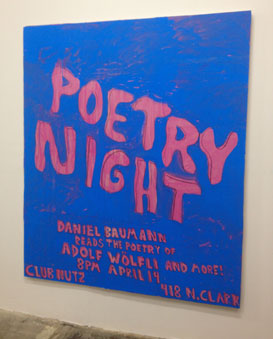 Tyson Reeder’s opening at Peregrine Program celebrated some of Club Nutz greatest hits, and reminded us that we need to hit the beach one last time before fall! 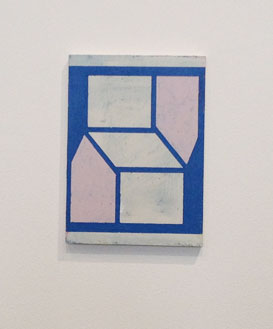 Sterling Lawrence was super conceptual and all, but we thought these Alain Biltereyst pieces at Devening Projects + Editions were cute in a good way and would fit way better in my studio apartment. 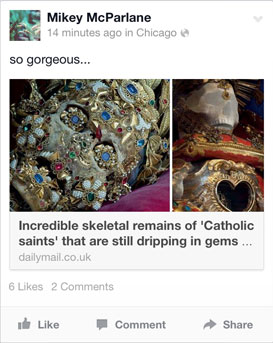 Josef Albers, Homage to the Square: Glow, 1966, from the Hirshhornâ€™s collection.

Breaking News from all over the internet. Artists confused, think they are musicians

Last Thursday night WTT? made our first outing to Constellation. The venue’s unassuming brick facade under the overpass on Belmont and Western betrays the clean yet cozy interior of the bar. Intent on seeing live music on a Thursday night, Constellation was a great option. That is to say, the show was free. This art reporter was intrigued by the line-up: two reasonably well known visual artists (1/2 of Sonnenzimmer, Nick Bucher, and recent Hatch resident, Jordan Martins) performing with Constellation’s purveyor, Mike Reed, on drums. 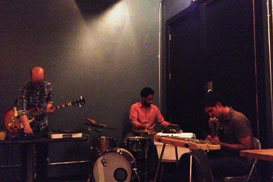 Not to be mistaken for real musicians, the artists turnt virtuosos played an assortment of objects that would have made any dadaist proud.

Martins started the set playing guitar, but soon switched over to two broken guitar necks on a table which he “played” by jamming screwdrivers between the strings while strumming with chopsticks. Butcher wasn’t any more conventional “playing” a record player and what looked like a jumble of assorted cables that we’re not even sure were plugged in.

Even real musician, Mike Reed, got into the readymade spirit. It was weird enough that he played the drums with a tiny rake, but what was next to the drums was a regular Duchamp. Was it a rice cooker on a styrofoam cooler? Some instrument we’ve never seen before? We’re still not sure.

Despite using what appeared to be broken instrument pieces and household bric-a-brac, the trio was other wordly, playing a set that meandered through melodic ups and downs, punctuated by Butcher’s off beat electronics. Super chill for a Thursday night, I just wish they had better cocktails. (The Pimm’s cup was alright.)

Header image is a photograph from inside Scenes from the Stone Age: The Cave Paintings of Lascaux at the Field Museum.