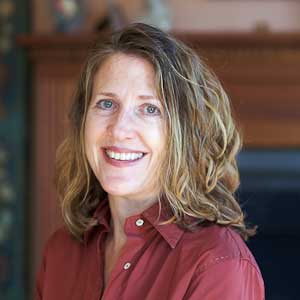 This week: We kick off with the most depressing intro ever (yet still hilarious) and then get to the good stuff. We talk to Shannon Jackson at the Open Engagement conference, preceded by a (unfortunately) truncated conversation with Jen Delos Reyes.

Shannon Jackson is Professor of Rhetoric and of Theater, Dance and Performance Studies. She is also currently the Director of the Arts Research Center. Her most recent book is Social Works: Performing Art, Supporting Publics, and she is also working on a book about The Builders Association. Other awards and grants include: Lilla Heston Award for Outstanding Scholarship in Performance Studies (NCA); Junior Faculty Fellowship, Radcliffe College; the Kahan Scholarâ€™s Prize in Theatre History (ASTR); the Spencer Foundation Dissertation fellowship; the Black Theater Network; the National Endowment for the Humanities, and several project grants from the Walter and Elise Haas Fund, UCIRA, the San Francisco Foundation, and the LEF Foundation. Selected adaptation, performance, and directing credits: White Noises, The Smell of Death and Flowers, Hull-House Women, Catastrophe, The Successful Life of 3. Jackson serves on the boards of Cal Performances, the Berkeley Art Museum, and the Berkeley Center for New Media. She serves on the editorial boards of several journals, has been a keynote speaker at a variety of international symposia, and has co-organized conferences and residencies with the Arts Research Center, The Builders Association, Touchable Stories, American Society of Theatre Research, the American Studies Association, the Women and Theatre Project, Berkeley Repertory Theatre, the Multi-campus Research Group on International Performance, and UCBâ€™s Center for Community Innovation. Jackson was an Erasmus Mundus visiting professor in Paris at the Maison des Sciences de lâ€™Homme Nord and at the UniversitÃ© Libre de Bruxelles for the 2008-09 academic year. Before moving to Berkeley, Jackson was an assistant professor of English and Literature at Harvard University from 1995 to 1998.

Jen Delos Reyes is an artist originally from Winnipeg, MB, Canada. Her research interests include the history of socially engaged art, group work, and artists’ social roles. She has exhibited works across North America and Europe, and has contributed writing to various catalogues and institutional publications. In 2008 she contributed writing to Decentre: Concerning Artist-Run Culture published by YYZBOOKS. In 2006 she completed an intensive workshop, Come Together: Art and Social Engagement, at The Kitchen in New York. She has received numerous grants and awards including a Social Sciences and Humanities Research Council of Canada Grant. She is the founder and organizer of Open Engagement, a conference on socially engaged art practices. She is currently an Assistant Professor and teaches in the Art and Social Practice MFA concentration at Portland State University.