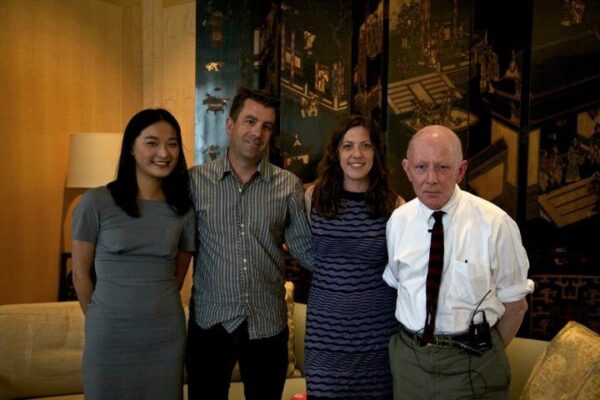 This week: A PULITZER PRIZE WINNER! Holy crap. San Francisco once again brings it with an amazing guest, Holland Cotter.

Holland CotterÂ has been a staffÂ art criticÂ atÂ The New York TimesÂ since 1998. In 2009, he won the Pulitzer Prize for Criticism, for coverage that included articles on art in China.

Between 1992 and 1997 he was a regular freelance writer for the paper. During the 1980s he was a contributing editor at Art in America and an editorial associate at Art News. In the 1970s, he co-edited New York Arts Journal, a tabloid-format quarterly magazine publishing fiction, poetry, and criticism.

Art in New York City has been his regular weekly beat, which he has taken to include all five boroughs and most of the city’s art and culture museums. His subjects range from Italian Renaissance painting to street-based communal work by artist collectives.

For the Times, he has written widely about “non-western” art and culture. In the 1990s, he introduced readers to a broad range of Asian contemporary art as the first wave of new art from China was building and breaking. He helped bring contemporary art from India to the attention of a western audience.

Born in Connecticut in 1947, and raised in Boston, Cotter received an A.B. from Harvard College, where he studied poetry with Robert Lowell and was an editor of the Harvard Advocate. He later received an M.A. from the City University of New York in American modernism, and an M. Phil in early Indian Buddhist art from Columbia University, where he studied Sanskrit and taught Indian and Islamic art.

He has served on the board of directors of the International Association of Art Critics. He is under contract with Alfred A. Knopf for a book on New York City modernism. He is also working on a study of contemporary Indian art, and on a poetry manuscript.