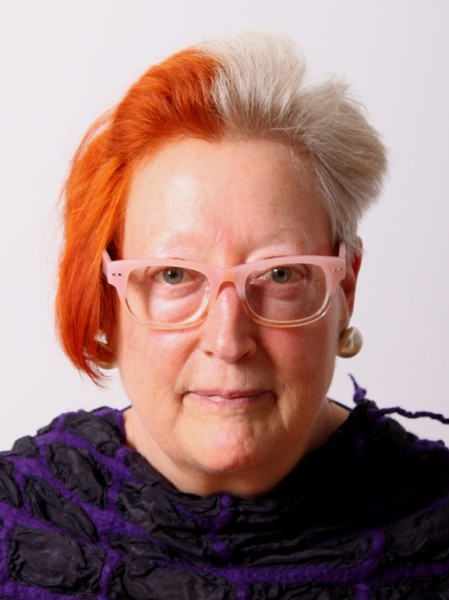 This week: Another of our interviews from the Hand in Glove conference! Duncan and Patricia speak with artist Martha Wilson.

Martha Wilson is a Philadelphia based feminist performance artist. She is the founding director of Franklin Furnace. Over the past four decades she has developed and “created innovative photographic and video works that explore her female subjectivity through role-playing, costume transformation, and ‘invasions’ of other peoples personas”.

In the early 1970s while studying in Halifax in Nova Scotia, she began to make videos and photo/text performances. When she moved to New York City in 1974 she continued to develop and explore her photo/text and video performances Due to this and her other works during her career she gained attention around America for her provocative characters, costumes, works and performances.

During 1976 she founded and became director of the Franklin Furnace Archive, which is an artist-run space that focuses on the exploration, advertisement and promotion of artists books, installation art, video and performance art. By promoting these certain areas of work, due to their content they challenge the established normality of performance, art work and books. Other aspects that are addressed through the promotion of the archive are the roles artists play within the visual arts organisations, and the expectations around what is acceptable in the art mediums.