A Performance Art Festival Near You: Rapid Pulse International 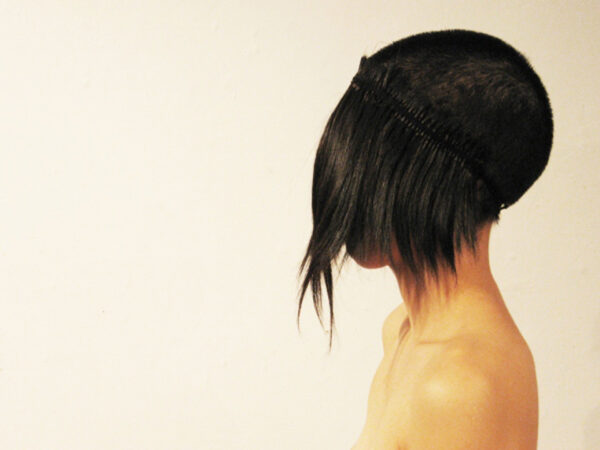 We are just around the corner from a ten day international performance art festival, Rapid Pulse. Over the course of those ten days, 29 national and international artists will present a Â variety of works both inside and outside gallery settings. Additionally one can expect panels, discussions and group walks between events. Like much of Chicago’s cultural energy, the festival emerged from a DIY ethos. It’s professional ambition is nevertheless evident Â from the wide-spanning range of engagement; the confluence of those two aesthetics promise to create a profound mix of community enthusiasm and high caliber art â€” my favorite mix. In the following interview, Defibrillator Gallery Director Joseph Ravens talks about how it came together, some of the highlights one might anticipate from the festival and how it engages public space. 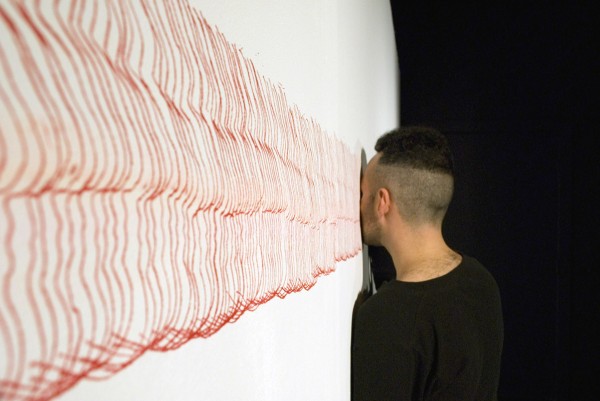 Caroline Picard: So tell me a little bit about how Rapid Pulse came about? It seems like an incredibly ambitious project â€” ten days worth of performance art, not to mention a number of out-of-town (and international) artists. Was that a network that already existed for you?Â

Joseph Ravens: When I first started the gallery, I knew that an international festival was something I wanted to do. When putting together the festival, I fully intended to call upon the personal contacts that I made touring international festivals over the past decade. I made many friends over the years and simply thought I would draw upon those resources. At first, it was going to be very small. But we put out an international call for artists and received about 150 applications and most of them were very strong. So it just grew, unexpectedly. Sometimes I regret it and other times I’m delighted. I’m mostly delighted. I then reached out to Julie Laffin and Steven Bridges to help co-curate. This choice was not only to help make the overwhelming task of sorting through the applications more manageable, but also, to diversify the type of work that we would present. I would never be able to do this without them. I wanted Rapid Pulse to embody my vision, but not necessarily be an extension of my preferred tastes and styles. The fourth curator, Giana Gambino, was also instrumental in the beginning of the festival. She approached me late last year and said that if I wanted to follow through with the festival, she would help me. I’ve leaned on her a lot. We are certainly short on resources but, luckily, ambition is in high supply.

CP: What has it been like communicating with various artists about their upcoming projects? Are there particular events that you’re excited by at the moment?

JR: Managing the data and correspondence has been one of the most difficult tasks confronting me. As you can imagine, performance artists have unique requests. One artist, Brazilian, Cristiane Bouger, wants to smash 300 full bottles of Brazilian beer. I’m still a little stumped about it. In general, though, it has been a pleasure for me to get to know artists whose work I respect and I look forward to meeting them face to face. German artist, Regina Frank, applied and I am so flattered and honored because I am familiar with her work and strong reputation. I’m really excited about Italian/Austrian artist Helmut Heiss’ project. He’s flying a banner behind an airplane as his performance. It says “sharp” by the start time on his night because it’s all arranged with the flight company for a specific place and time. Added as an afterthought, I’m also quite excited by our video series. We received such great submissions and some of the artists we invited to perform live weren’t able to come. So we initiated this series to show their work and works by other artists who we admire. This was also an effort to diversify the regions and styles of performance represented in the festival. It is an interesting thing to correspond with artists about their projects. I have shaped certain ideas about their personalities based purely on email exchanges. I’m really excited to meet the artists and discover how their live personalities correspond or conflict with their digital personas. 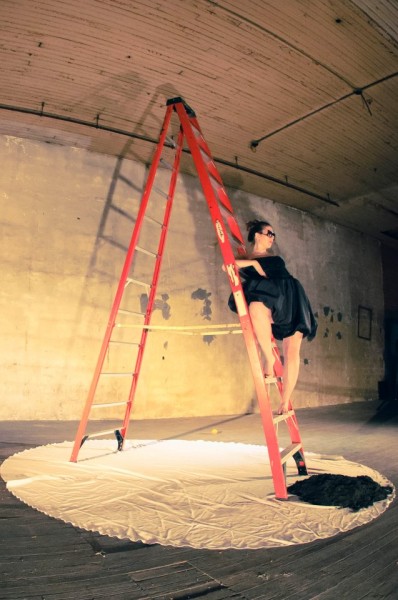 CP: You mentioned that there were going to be some performances in more traditional gallery settings, but also that some performances would take place on the street, playing with our expectations of the everyday. Can you talk a little bit about some of those? What does it mean to engage a banal and public street that way? Of course it probably depends on the particular performance, but I’m curious about what it means to you, as a director of sorts, in thinking about reserving different “sites.”

JR: Public performance is a particular interest to me as an artist and a curator. Last year Defibrillator curated a series called, Out of Site where we presented 12 unexpected encounters in Wicker Park in association with the local SSA. I’m interested in arresting peoples’ daily lives; giving them pause to reevaluate their surroundings and the boundaries of art. Performance art, especially, can be elitist to a certain degree. Unless you are seeking it out or familiar with the form, you may never encounter this medium. So taking it to the streets is a way to further the reach of this often inaccessible and misunderstood discipline. I actually presented a work in Out of Site for which I ran with a giant fish for two hours around Wicker Park. One viewer posted a ‘missed connection’ in the Reader thanking me for the surprise encounter she experienced when coming out of the Division Blue Line stop. This delighted me. I’m on a mission to broaden the awareness and understanding of performance art among the general public. For Rapid Pulse, several artists are performing in the street. Chicago duo, Industry of the Ordinary, will be branding passers-by with ink stamps. Brazilian artist, Tales Frey will be staging a half hour gender bending wedding kiss. For a project called Apparition, Texas artist, Julia Wallace, will be dressed as the Virgin Mary while breast feeding a baby Jesus. There are several others, including local artists, Lucky Pierre (walking Chicago from south to north) and Lisa Vinebaum who will picket outside local sites in an effort toÂ connect the current crisis in timed labor to the historical struggle for workersâ€™ rights. Designed to be more enticing than confrontational, these works will broaden ideas about what art is and could be. 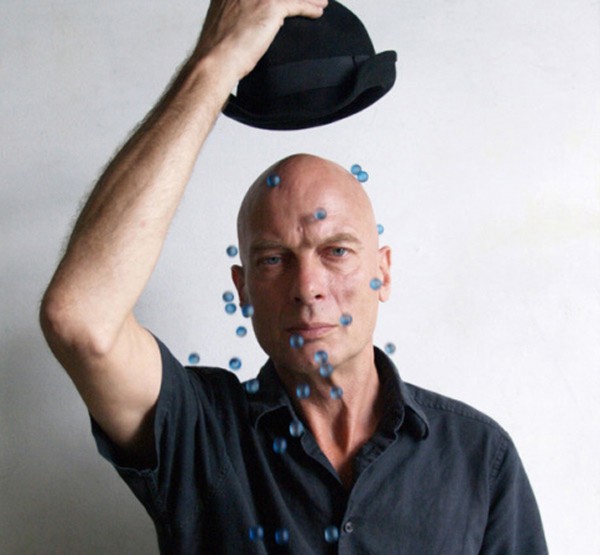 CP:Â What has it been like finding places for artists to stay? And do you feel like that reflects something about Chicago in particular? Or performance? That there is a willingness to share a home, in some way….

JR: I love this question. Our original idea was to place artists in hotels but, of course, finances are a problem. People stepped up right away to help out and I’m really proud of them (and Chicago) for this. We’ve scheduled a panel on the “Chicago Aesthetic” within the festival, but one thing that stands out to me in regard to this city is our DIY attitude and our gracious hospitality. By placing artists in peoples’ homes, it embodies these ideas. So where I was at first disappointed at not being able to provide hotel accommodation, I’m now thrilled that the housing now reflects Chicago’s style. We’ve organized two “Directors of Hospitality” to ensure that the guest artists have a pleasant and comfortable stay in Chicago. It’s really important PR, actually. People leave a city and talk about their experiences and I want to make sure that all the artists go away happy and paint a wonderful picture of Chicago to their friends and colleagues around the world. I love Chicago and am proud and happy to share our city. I firmly believe we should have larger visibility on an international scale.

Unlike other mediums where one might send a piece away to be exhibited, performance artists need to be present to show their work. I’ve toured extensively and some of the best experiences I’ve had have been ones where I stayed with local people. It’s a way to get insight into the everyday lives of those in that city. It’s also a great way to make long lasting friends and connections. When organizing Rapid Pulse, I was embracing things that worked when I was in other festivals, and correcting things that didn’t work as well. Many of the opportunities and invitations that I’ve received have been the result of connections I’ve made from prior festivals. I would love for Chicago artists to have more visibility within international platforms. One way to accomplish this is for them to make connections during Rapid Pulse. In addition to home stays, we have planned group meals each day so the local and international artists and volunteers can get to know one another and seeds might be planted for future exchange. We hosted Estonian artists, Non-Grata a couple months ago, and one of our volunteers, Amber Lee, formed a relationship and is now touring with them in Europe. This makes me happy and proud. I hope similar situations arise as a result of Rapid Pulse. 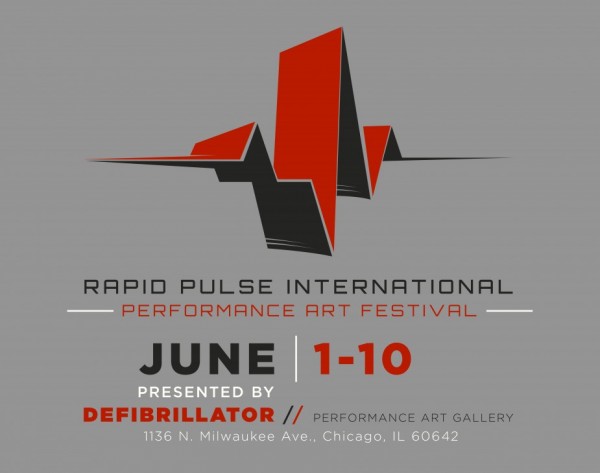