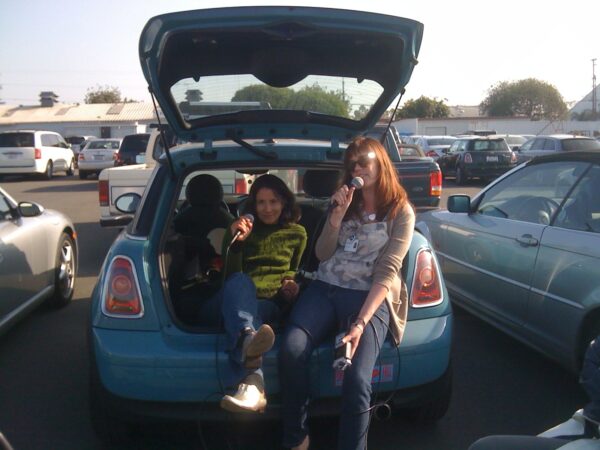 As part of the Art Los Angeles Contemporary art fair, which took place January 27-30 at the Barker Hanger of the Santa Monica Airport, the crew fromÂ Art Practical produced â€œIn and Out of Context:Â Artists Define the Space between San Francisco and Los Angeles,â€ a series of conversation that imagined the two cities as â€œa continuously evolving constellation of dialogues, shared interests, and overlapping approaches.â€

Lisa Anne Auerbachâ€™s practice is interdisciplinary and takes the form of photography, publications and, more often than not, knitting. Combining humor with a biting critique of the complacency and routine of modern life, her work inserts itself into the visual and social fabric of the communities that she engages. She received her BA from the Rochester Institute of Technology and her MFA from Art Center College of Design. She is represented by Gavlak, West Palm Beach, Florida.

Michael Parker work makes use of the concept ofÂ Temporary Autonomous ZonesÂ to produceÂ microtopias, experiments that are situated between idealist notions of community and pragmatic methods for narrating the actions of individuals and groups. He received his BA from Pomona College and his MFA from the University of Southern California. His work was recently featured in in â€œLandfill, Part 2.â€ inÂ Art Practical.