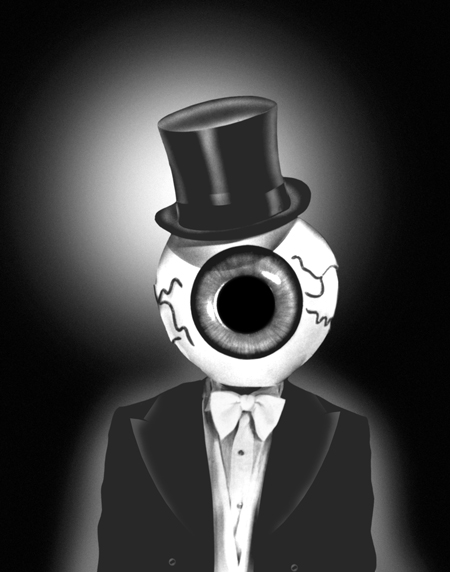 This week: Richard and guest host Charles King speak with Hardy Fox, from the Cryptic Corporation who acts as the agent of The Residents. The Residents is an American art collective best known for avant-garde music and multimedia works. The first official release under the name of “The Residents” was in 1972, and the group has since released over sixty albums, numerous music videos and short films, three CD-ROM projects, ten DVDs.

They have undertaken seven major world tours and scored multiple films. Pioneers in exploring the potential of CD-ROM and similar technologies, The Residents have won several awards for their multimedia projects. Ralph Records, a record label focusing on avant garde music, was started by The Residents. Throughout the group’s existence, the individual members have ostensibly attempted to operate under anonymity, preferring instead to have attention focused on their art output.

Much outside speculation and rumor has focused on this aspect of the group. In public, the group appears silent and costumed, often wearing eyeball helmets, top hats and tuxedos – a long-lasting costume now recognized as their signature iconography. Their albums generally fall into two categories: deconstructions of Western popular music, or complex conceptual pieces, composed around a theme, theory or plot. They are noted for surrealistic lyrics and sound, and disregard for conventional music composition.