Craft is wide open and bringing to bear new outcomes for vernacular traditions and their relationship to current art and popular culture. Some practices have leapfrogged into the middle of contemporaneity. Embroidery, for one, has livened up painting and mixed media practice, and while still associated with one of the most traditional and decorative of skills, there are fresh, sometimes ironic, even deadpan takes on this labor-intensive  art form. 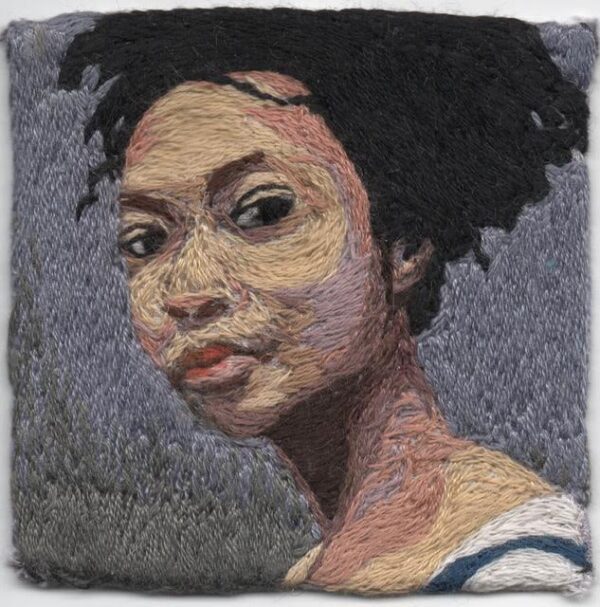 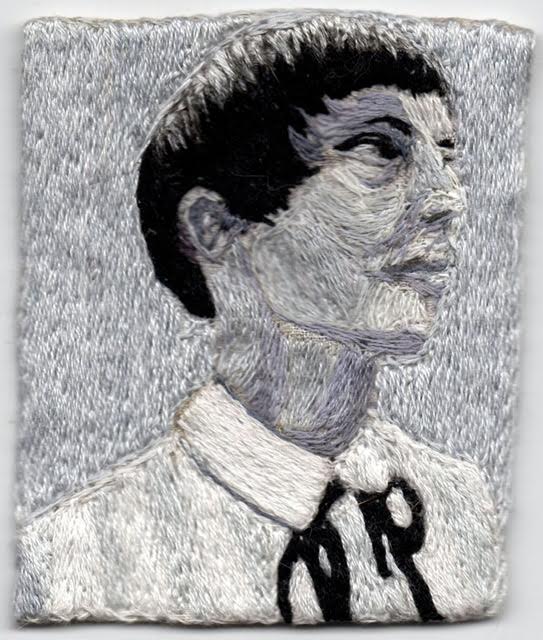 Marcia Goldenstein, an accomplished Knoxville-based painter and Professor Emeritus at the University of Tennessee, has been building a library of images entirely of embroidered luminaries. They toy, in no small amount, with the appearance of painting, and have their way with photography and craft. Her intent is simply commemorating women artists, as well as women in other fields who have impacted the public through their work and changed mainstream perceptions about power and image. By re-crafting their portraits in some 60 works titled “Women in Stitches,” she mitigates technical challenges and empowers this domestic format to embrace figures who have been disciplinary models, educational mentors, and ideological patrons for so many.

The project calls our attention to the fact that there are still cultural celebrities who are widely recognizable as leaders and innovators, and not just for niche audiences. These women are crossover icons –  much like the novelists, classical and jazz composers, poets, politicians, and playwrights of the 60’s and 70’s who not only enjoyed a consensus of public attention but had a deep emotional resonance for a wide swath of it. This was a time when everyone knew who the best cellist, chess player, film producer, boxer, and country singer were.

Largely this has evaporated today as niche culture splintered a consensus about values and any fantasy of an all-embracing identity. “Women in Stitches” is not just a pun about attitude and craft. It’s literally a stitching together of the idea of cultural consensus across time – almost a century, which fills in a lot of gaps. It’s an alert Boomer’s dream-state quasi-documentary that asks viewers to note links between artists, public intellectuals, and other personalities, including those whose religion, politics, gender, and race still inhibit full disclosure and admiration. 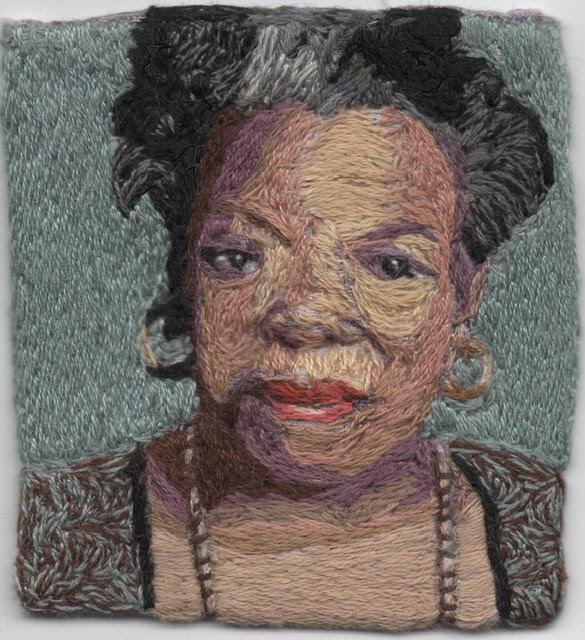 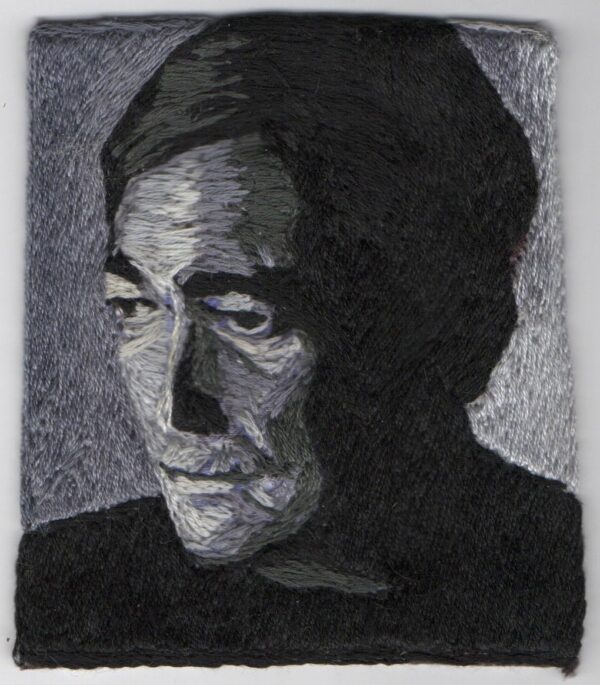 The pieces themselves are striking – durable, exquisite, and funky. Their scale, generally 3 by 4 inches, is roughly the same as common apparel embroidery, especially ones made in sewing circles. They’re totally appropriate for either jean jacket or sport-coat adornment. Not likely to happen, however, as the collection is framed and only exhibited in total. But think about one for your wardrobe, as that populist bit of unpretentiousness is part of the works’ charm, irony, and authority.

Goldenstein reinterprets the composition of original photographs but the nature of her stitching, selection of color, drift of the thread, and surface articulation are the improvisational fingerprints of an artist who hasn’t sewn thread since elementary school and is enthused by the medium’s presence and flexibility. The results are subtly shaped by impressions of women she sees as generationally transcendent. The most recognizable and charismatic women in her group draw us in comfortably like family, which they are. Discovering lesser-known artists and dignitaries provides proportion and is another reason to peruse the unconventional panorama of virtuosi. All pieces are given equal space when shown, which speaks to ritual and kinship in an imaginary narrative that nicely conflates their biographies.

Artists making pictures of artists is semi-autobiographical as mentors are so critical to  art education. Figure drawing classes instill self-consciousness deep into image making. Artists are, in principal, have internalized the modernist charge of telling their story. Some dig deep to construct spatial and temporal texts that absorb them, and these portraits do that for Goldenstein. What she produces is allegorical and a form of identification/re-identification where the embroidered material of the epic and fabled is worn like a flag. It’s cultural and political. The original images have been functionally de-posed from the brittleness of digital technology and the printed word. Deliberative translations in a vintage medium may not restore faith in the present, but they’re making today’s craft increasingly mischievous and opportune.

All “Women in Stitches,” works are details of portraits that appear online, such as an Art 21 video still of Kara Walker, and a Facebook post of Maya Angelo. All works are the personal collection of Marcia Goldenstein and are not for sale.