Ingrid Fassbender was born in Reutlingen, Germany in 1944 and came to the U.S. with her parents and brother when she was eleven. She received a BA at the University of Illinois Chicago Navy Pier and later became certified as an Occupational Therapist which she practiced before turning to art in a series of gallery positions beginning in 1981. These included Joy Horwich, Bill van Straaten, and Asperger & Bischoff Galleries, where she eventually became president. I first met Ingrid through Bruce MacGilpin, an artist, art handler and co-owner of The Icon Group, Inc., who she came to marry. In 1993 Ingrid opened Fassbender Gallery on Sangamon Street and had subsequent spaces on Superior and then Washington Blvd. She kept the Sangamon space for special projects and for housing visiting international artists. Ingrid’s local artists included Michiko Itatani, Vera Klement,  Raye Bemis, Linda Horn, Barbara Cooper, T.L Solien, Gerda Meyer-Bernstein, Thomas Skomski, Diane Simpson, Barbara Cooper, and Kim Piotrowski. She closed the gallery in 2004.

Half of Fassbender’s artists were international, still a rare feature for a contemporary gallery in Chicago. She actively sought out foreign artists, traveling frequently to where her first language would provide insights about the surrounding geography’s emerging art culture. Her taste in art was also unique in Chicago, tending toward large-scale emblematic abstraction, particularly in the hands of women. Most of her artists were inclined to uncanny postures of minimalism, neo-craft, and stripped-bare ritual objects. Few galleries outdistanced the architecture of her monthly installations.

Ingrid was an avid supporter of local art organizations. She was a board member of the New Art Examiner before opening her gallery and later operated as an independent curator and consultant. She collaborated with Woman Made Gallery, as both juror and curator, and she and Bruce were Second Generation Founders at Intuit. No-one loved being an art dealer more than Ingrid. She was a critical planner/organizer, reliable professional, steadfast friend, and vibrant personality, esteemed by the artists whose work she admired. Today she is mourned. 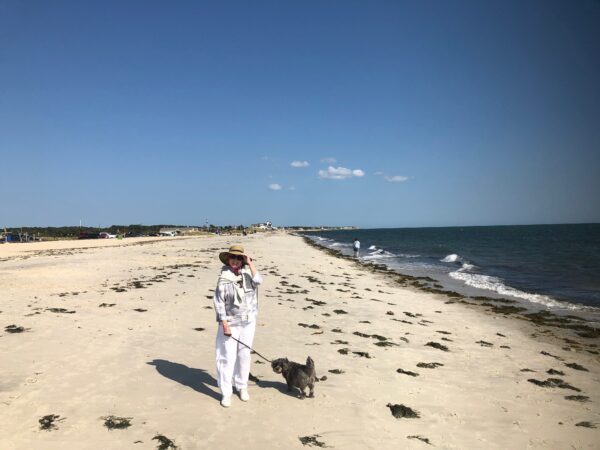