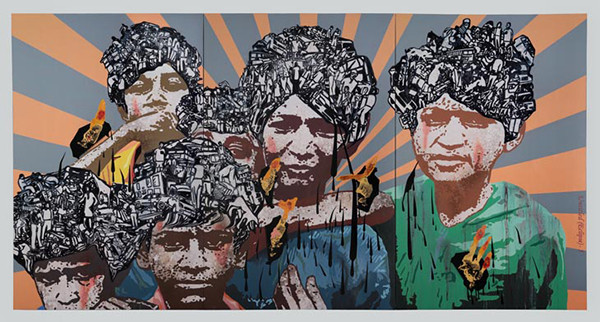 This week, Mumbai-based artist Jitish Kallat returns to Bad at Sports, this time from San Francisco, where he sits down with Patricia Maloney. Listeners may remember Kallat’s first appearance on the podcast on the eve of the opening for his large-scale installation, Public Notice 3 (2010-11), in the Fullerton Hall stairwell of the Art Institute of Chicago.

Kallat, one of the most prominent figures of contemporary Asian art, works across a variety of media, including painting, sculpture, photography, installation, and video. He was the curator for the Kochi-Muziris Biennale, India in 2014. This year, Kallat has had several solo exhibitions, including Jitish Kallat: Public Notice 2, at the Art Gallery of New South Wales in Sydney. His Paris exhibition, The Infinite Episode, opened at the Galerie Templon in September 2015. Kallat’s large permanent public sculpture unveiled in Austria in October 2015. 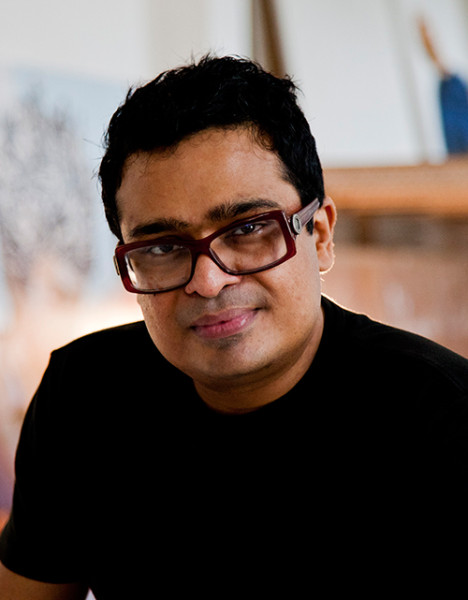 His solo exhibitions include Epilogue (2013-14) at the San Jose Museum of Art; Circa at the Ian Potter Museum of Art, Melbourne, Australia (2012); Fieldnotes: Tomorrow was here Yesterday at the Bhau Daji Lad Museum, Mumbai, India (2011); Likewise at Arndt, Berlin, Germany (2010); The Astronomy of the Subway at Haunch of Venison, London, UK (2010); Aquasaurus at the Sherman Contemporary Art Foundation, Paddington, Australia (2008) and Lonely Facts at the Kunsthalle Luckenwalde, Luckenwalde, Germany (1998).