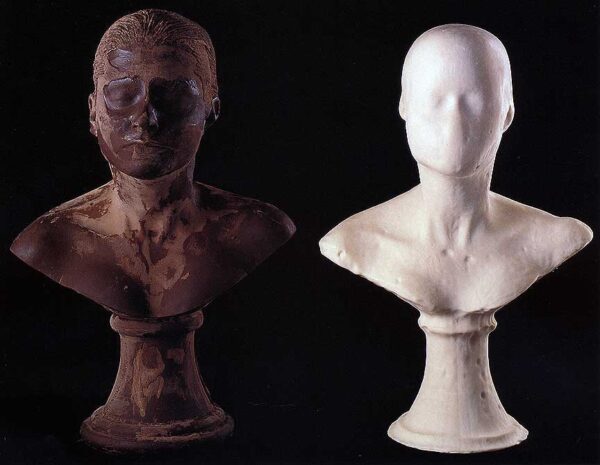 This week: Amanda Browder chats with New York-based artist Janine Antoni about her latest exhibition, From the Vow Made, at Luhring Augustine. Exploring blurred lines between sculpture, performance, and choreography, we also discuss Antoni’s collaborations with the Stephen Petronio Company. A fusion of dance and the visual world, Antoni and Petronio’s Like Lazurus Did and Honey Baby exemplify her work’s relationship with process and transition. Antoni’s ideas are woven into a braided conversation between objects, the everyday and the body. For more information visit:

Janine Antoni was born in Freeport, Bahamas, in 1964. She received her BA from Sarah Lawrence College in New York, and earned her MFA from the Rhode Island School of Design in 1989. Antoni’s work blurs the distinction between performance art and sculpture. Transforming everyday activities such as eating, bathing, and sleeping into ways of making art, Antoni’s primary tool for making sculpture has always been her own body.

She has chiseled cubes of lard and chocolate with her teeth, washed away the faces of soap busts made in her own likeness, and used the brainwave signals recorded while she dreamed at night as a pattern for weaving a blanket the following morning. In the video, “Touch,” Antoni appears to perform the impossible act of walking on the surface of water. She accomplished this magician’s trick, however, not through divine intervention, but only after months of training to balance on a tightrope that she then strung at the exact height of the horizon line. Balance is a key component in the related piece, “Moor,” where the artist taught herself how to make a rope out of unusual and often personal materials donated by friends and relatives.

By learning to twist the materials together so that they formed a rope that was neither too loose nor too tight, Antoni created an enduring life-line that united a disparate group of people into a unified whole. Antoni has had major exhibitions of her work at the Whitney Museum of American Art, New York; Solomon R. Guggenheim Museum, New York; S.I.T.E. Santa Fe; and Irish Museum of Modern Art, Dublin. The recipient of several prestigious awards, including a John D. and Catherine T. MacArthur Fellowship in 1998 and the Larry Aldrich Foundation Award in 1999, Janine Antoni currently resides in New York.