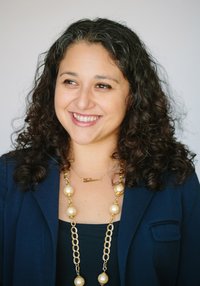 This week: Shame on us, we are still posting audio from Miami 2013! This week we talk to Tatiana Hernandez of the Knight Foundation.

She leads the Knight Arts Challenge, Knight’s open contest for discovering the best arts ideas in Miami, Detroit, Philadelphia and St. Paul. Through her work, she manages a portfolio of over 350 grantees, totaling nearly $100 million in investments.

Hernandez serves on the boards of the National Association of Latino Arts and Cultures and Machine Project, an experimental artist space in Los Angeles. She was named a 2014 Marshall Memorial Fellow, a program of the German Marshall Fund.

Before coming to Knight Foundation, Hernandez worked on issues in public education, most recently as the development director at Green Dot Public Schools where she oversaw $15 million per year in funding and was responsible for over $2 million in new support. Prior to her work in education, she served as the deputy director of programs for Best Buddies International, a Miami-based nonprofit that builds one-to-one friendship opportunities for people with intellectual disabilities.

Hernandez has written and spoken on the importance of new organizational models, equity in grantmaking and innovation in the arts.