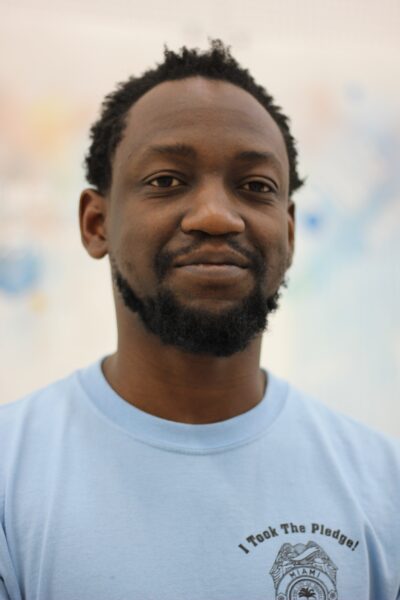 This week: Adler Guerrier recorded in Miami at Pulse.

Also, only 50 shows left people! We are auctioning off slots to the highest bidders. The MCA will be hosting our party for Episoder 520, admittedly we haven’t actually asked them yet.

Adler Guerrier creates visual dialogue between a wunderkammer of materials and techniques. Guerrier improvises between form and function to nimbly subvert space and time in constructions of race, ethnicity, class, and culture. He calls upon the democratizing nature of collage and the authority of formal composition to designate to art history an axis of contemporary identity critique. Often chronicling the hybridity and juxtaposition in his immediate environs, Guerrier practices a contemporary flaneurie in an impending age of post-demography.

Adler Guerrier was born in Port-au-Prince, Haiti and lives and works in Miami, FL. Subsequent to studies at the New World School of the Arts in Miami, Florida, Guerrier has exhibited at the Miami Art Museum, and The Whitney Biennial 2008. His works can be found in public collections including the Museum of Contemporary Art, North Miami, and the Studio Museum in Harlem, NY. His work has appeared in Art in America and The New York Times, among others.