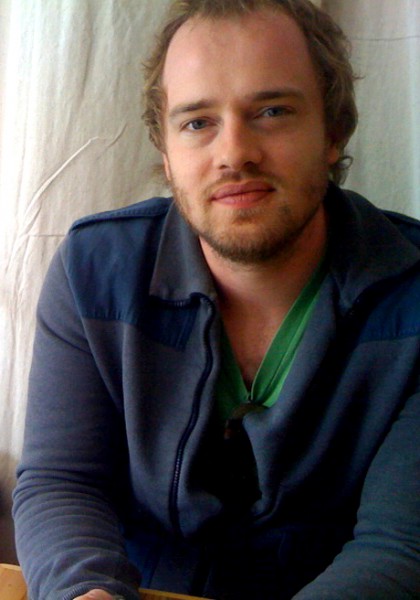 This week: From OxBow, Duncan, along with with Abigail Satinsky and Elizabeth Chodos, sit down for a chat with Hesse McGraw.

Hesse is a curator and writer and is Vice President for Exhibitions and Public Programs at the San Francisco Art Institute. At SFAI he directs the Walter and McBean Galleries, and oversees SFAIâ€™s public programs, visiting artists series and public education programs for youths and adults. From 2008 to 2013 he served as chief curator at the Bemis Center for Contemporary Arts in Omaha, Nebraska, where he developed anÂ exhibition program focused on site-specific, immersive, cross-disciplinary, and socially engaged projects. At the Bemis Center he produced two-dozen exhibitions, includingÂ major public projects with artists Theaster Gates and Michael Jones McKean.

McGraw was formerly associate director of Max Protetch gallery in New York, and was the founding director and curator of Paragraph, which operates under the non-profit Charlotte Street Foundation in Kansas City, Missouri. He lectures widely and his writing has recently been published inÂ Afterall,Â Art Papers,Â OutpostÂ and in diverse exhibition catalogues.Â Recent awards and grants include an Andy Warhol Foundation Curatorial Research Fellowship, an ArtPlace America grant, a Robert Rauschenberg Foundation Artistic Innovation and Collaboration Grant, an NEA Our Town grant, and a Harpo Foundation grant.