The Archaeological Imaginary: an interview with Dieter Roelstraete

Only the second exhibition at the MCA organized by Senior Curator Dieter Roelstraete,Â The Way of the Shovel,Â opening tomorrow,Â takes as its basis Roelstraete’s ongoing observations about the centrality of the language of archaeology, archive, and history to art discourse over recent years. Spanning a wide grouping of artists and mediums (though, not surprisingly, focused in particular on photography and video), the show is ambitious conceptually as well, attempting to cover work that challenges histories, creates its own alternate histories (with starting points ranging from Robert Smithson to histories of Chicago), and takes up the tools and practices of archaeology both metaphorically and literally. I spoke withÂ Roelstraete the week before the show opened about the archaeological imaginary, artistic research, Freud, and 9/11.Â 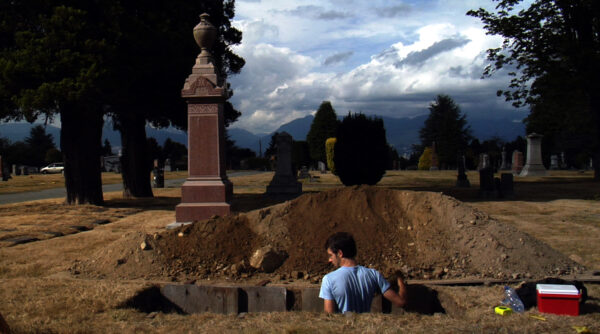 The Way of the ShovelÂ brings together a few different academic disciplines and methodologies that the artists in this exhibition either participate in or explicitly challenge, particularly history and archaeology. How literally or metaphorically are you thinking about archaeology here in theory and practice? What is the “archaeological imaginaryâ€ that guides the show? Â

DR: Well, first of all, I’m using archaeology in both senses, because it would be extremely dull to consider archaeology only in a literal way. The roots of the project lie in an essay I wrote in 2009 calledÂ â€œThe Way of the Shovelâ€Â inÂ e-flux,Â which is the basis for the catalog essay for the show. It was a piece I wrote when I was still living and working in Europe, so it is a little determined by the European context, but when I came here (not to my surprise) I discovered this was not just a European affliction, but a global phenomenon. My observation was that there is a quite persuasive interest in history â€“ historiography, archival research, returning, recycling, and so forth– among a growing population of contemporary artists; and that many artists use the language of digging for explaining their work. Excavating, uncovering, discovering, digging, mining– these terms also mined geological vocabulary. My theories for why this metaphor was in intense use in a fairly substantial number of artists is in the essay. By â€œarchaeological imaginary,â€ I mean this phenomenon of the dig, which covers the whole gamut of uses of the language of archaeological in artistic practice, from the most metaphorical to the most literal and scientific. Mark Dion is an example of an artist in the show who collapses those two terms. 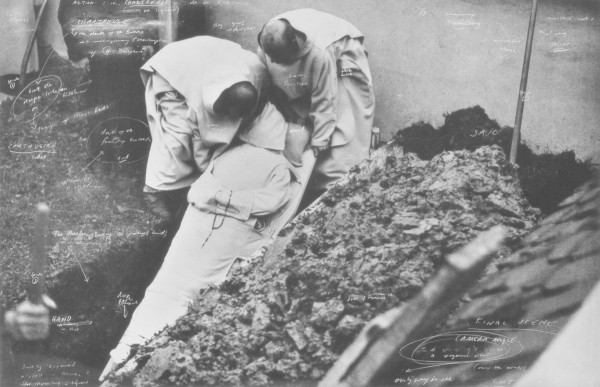 Tacita Dean,Â The Life and Death of St Bruno,Â fromÂ The Russian Ending, 2001.

I’ve observed increased attention being paid to the concept of “artistic research” recently in many different scenes: in arts writing/criticism, in the increased number and types of publications for artists presenting research, and in funding for artists who explicitly understand their practice to be research-based, particularly those artists who collaborate with different kinds of academics. What is your sense of the current place of “artistic research” as a concept? When does an artistic practice “count” as a research practice, particularly a historical research practice as in this exhibition? How can artists perform research in ways that other researchers (like archaeologists and historians) cannot?Â

DR: It’s relevant here that I am a philosopher by training, not an art historian, so I’m quite sympathetic to idea that art is some kind of an embodied form of theorizing. I’m interested in that access, and in tandem with this interest in history, I’ve also observed that in the last ten to fifteen years the rhetoric of art has been rephrased in broad terms using the language of research. And of course an awful lot of things are being done under the name of research. I really appreciate the ambition of artists to think of themselves as not just working with forms and ornaments, but also with information. I also have a strong attachment to the notion of the avant-garde and the idea that art is some kind of â€œotherâ€ research, an alternative knowledge, not in the spiritual sense of a fifth dimension or something like that, but really the knowledge of the marginalized, the overlooked, forgotten, and downtrodden. But while I’m interested in the critical charge of art’s claim to be some kind of research, the whole discussion of artistic research is a huge one that is also based in the academization of art in recent years. There’s increasing pressure on students to present what they do as some kind of intellectual enterprise, which has its own advantages and disadvantages. 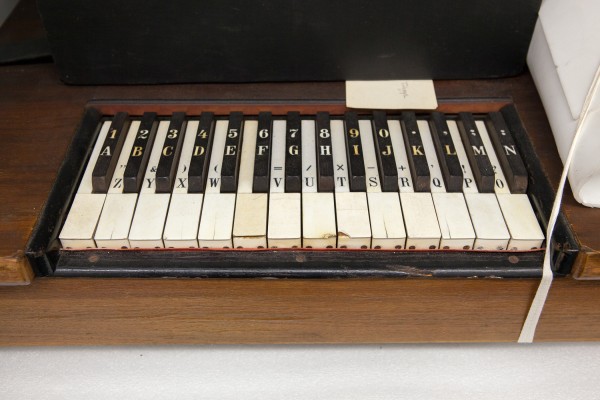 Speaking of â€œotherâ€ research: the archive, as a collection of capillary, primary, everyday documents, is often understood to be a powerful institution for disrupting or destabilizing dominant narratives. How does the archive function inÂ The Way of the Shovel?

DR: Well, the archive itself is a kind of excavation site, one of the many kinds of things that serve as an excavation site in this show. One of the smaller exhibitions within the exhibition is devoted to Freud, who collected antiquities and always thought of psychoanalysis in archaeological terms– for example, the excavation of trauma. Along these lines, we can think of the archive as site of mining… another site that in the last ten years has become hugely appealing to artists of all types and backgrounds. Again, the reasons for this phenomenon are manifold. One of the theories that underlies the show is the notion that the present has been so depressing that it’s actually interesting to dwell in the past. In the last ten years there has been a huge upsurge of interest in the history of artistic modernism, not just modernist forms but also modernist ideals. That also figures deeply in the show. 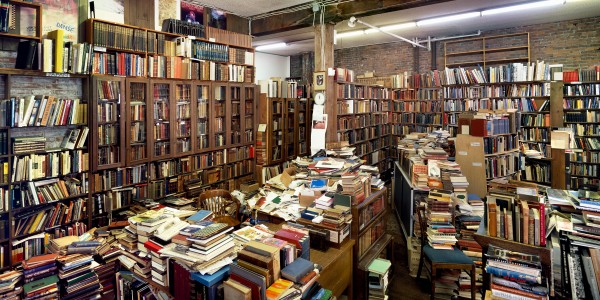 You’ve spoken a lot about the last decade of artistic production. 9/11 seems to be an important historical anchor for the show. Do you see 9/11 as the end of a particular era, as some theorists do? Is this date important because you think ideology has changed since then– or art, or both? The concept of the “end of historyâ€ seems relevant here.

DR: I don’t want the dates to beÂ tooÂ historically present here,Â but the milestones of the chronology of the show is first, the fall of Berlin Wall in 1989, and the events of 9/11 at the other end. The fall of the Wall and the subsequent collapse of the USSR created a mythology that we were living at the end of history, as in Fukuyama’s essay celebrating the triumph of liberal democracy and putting forth the idea that we would all consequently live in some state of ahistorical bliss. This was the dominant mood of the 1990s in the West until 9/11, the day we woke up and realized that history has not come to an end, and that we are always going to be its subjects and subjected to it. The results of that particular moment continue to this day and created a dark period in world history. I’m thinking of the moment back in 2003 when around the world millions and millions of people took to the streets to protest impending invasion of Iraq, and the invasion happened within a few weeks nonetheless. Right then and there maybe a lot of artists thought to themselves, â€œI don’t want to live in this present.â€ They might rather look back, though not necessarily to any kind of golden age. This is completely hypothesis on my part, but it provides a bit core argument of the show in terms of explaining the return to history among artists. This wasn’t an intense interest in the dominant artists of the 1990s; for Matthew Barney, the relational aesthetics artists, and so forth, history was not such a big deal. Today it is much more so, and this has to do in part with the realization that the past is not such a distant country. 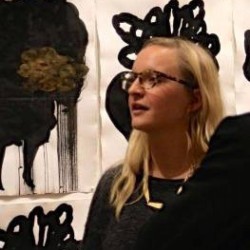