Play By Play : What to Expect in the Coming Months 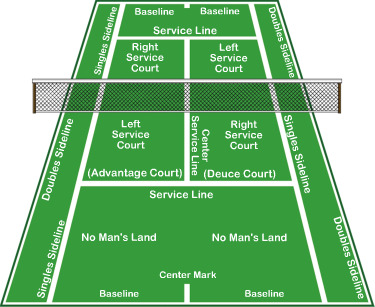 I came on as the Managing Editor of the Bad at Sports blog about a month ago. It’s been an exciting turn and I hope to do well by it. A few people have asked what my vision going forward is, and I thought I might say something about it here.Â I hope to continue reflecting on the dynamic energy in Chicago’s contemporary art world while connecting to conversations and aesthetic agendas in other cities and disciplines. That agenda was set in place a while ago and I believe I can continue to guide and focus that intention. There is room for experimentation in that vision, which seems necessary to me. Bad at Sports has never presented a tidy, singular package and as such, I believe it would go against the nature of the project to filter content and tone through a single, editorial lens. Its roots in independent, DIY and Punk Rock collectivism remain at the heart of the project’s vitality and the blog is a platform for unique and individual voices that pass through the subject of contemporary art and culture. As such it becomes a nexus of concerns and responses to culture at large. That is something I hope to preserve under my stewardship. As an artist-run forum, Bad at Sports has the unique capacity to reflect on a host of subjects, exposing the intellectual, aesthetic and social networks that define and subsequently influence cultural production. I believe it is our job to explore and discuss the contexts we inhabit. In doing so, we further establish a living touchstone and future archive of contemporary discourse.

Some changes should be apparent already â€” others will fall into place like pieces of a puzzle in the coming months. The process is organic, but I’ve been trying to set up a casual, thematic architecture Â that unfolds over the course of a given week. Eventually, I hope to schedule two posts a day, one before 2pm and one after. Built in to this, is room for special occasions and guest writers â€” those posts would either go live in the evenings, or fill in existing gaps. To that endÂ I’ve been inviting a number of new writers, many of whom I have admired for a long time.

Here is something of a loose schedule:

Mondays: Essays and reflections from old favorites Jeriah Hildewin, Shane McAdams and Nicholas O’Brien â€” writers who have been posting with consistent dedication. In addition, I’m excited to announce a new bi-weekly column by Dana Bassett, whom you may know for her ACRE Newsletters.

On Wednesdays, we will read about artists and art in other cities. The following writers will post on rotation: Jeffery Songco is covering the Bay Area, Sam Davis continues to represent Bad at Sports’ Los Angeles Bureau,Â Sarah Margolis-Pineo is writing about Portland. Juliana Driever will be relaying posts, interviews and artist profiles about New York, and then we’ll bring it back to the Midwest with Kelly Shindler’s dispatch from St. Louis, and Jamilee Polson Lacy writing about Kansas City.

Fridays have been set aside for art reviews and artist profiles with contributions from Danny Orendoff, Monica Westin, Abraham Ritchie and myself.

WEEKENDS will feature a range and flux of the above, plus Brit Barton’s Endless Opportunities, cultural reflections and short essays by Terri Griffith, continued posts from Jesse Malmed, in addition to a monthly contribution from the newly confirmed Bailey Romaine and Adrienne Harris.

My last note is this â€” there is room in this schedule for additional posts, posts that would feature special events, festivals and conferences in the city. That space would also be available to, at times, connect the blog and the podcast. As a first indication of this, we will be highlighting IN>TIME, a performance festival that is going on as we speak, from January until March.

Otherwise if you have any comments, suggestions or, even guest posts you would like to submit, please feel free to contact me at: caroline@lanternprojects.com