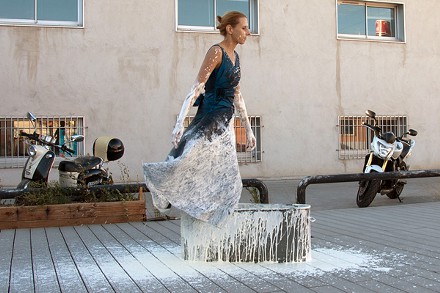 1. RAPID PULSE, an international performance festival, is taking place this weekend and next week. The Chicago Reader just wrote a great something something, with the evocative sub-header “Wafaa Bilal wants Twitter’s help to inflate a giant head, and other oddities, at Defibrillator Gallery’s second annual Rapid Pulse International Performance Art Festival.” Find out more info about that here, or if you want, download the schedule of events via this link: RP13_poster-brochure.

According to The Reader:

Our friends at ACRE launched a Kickstarter Campaign for their unique Residency Kitchen Program. There (among other things) you can get a copy of the ACRE cookbook, and support a good program that feeds creative acts/minds all summer long. In their words:

We believe meals equal community and the ACRE kitchen strives to foster a place where residents, visiting artists and local farmers can cross-pollinate.

Funds raised through kickstarter will go towards supporting locally grown and produced agriculture and conscientious businesses, purchasing equipment that will make the kitchen more efficient and sustainable, our yearly cookbook KADABRA, a collection of recipes from each year’s residency, and will give us the support we need to keep creating a diverse selection of considered, artistic, and nutritious menus for our residents.

3. THE FLOOD THAT NEVER CAME: 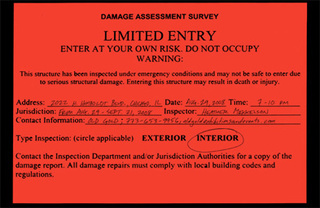 I often overhear and/or participate in conversations about cultural amnesia in the arts â€” shows and spaces come and go with out a trace. Despite material evidence, however, I believe finite works continue to exercise their impression well into the future. With that in mind, I responded to a recent call on Art21’s blog asking for articles about hindsight. I responded by writing a review of Heather Mekkelson’s show, Limited Entry, at a long-gone apartment gallery, Old Gold:

It was the summer of 2008. It was hot. And humid. Everything was green and/or sweating. People who didnâ€™t sweat stood out. Their reserve both enviable and mysteriousâ€”a contrast from everything else. Refuge from the heat was similarly impressive and constantly sought. Most apartment galleries were barely tolerable for their heat. At cooler exhibition sites, visitors inevitably took considerable time examining the works of art on display. That August, Heather Mekkelson had a solo show at an apartment galleryâ€”or what maybe we should call a basement galleryâ€”half a flight downstairs in Logan Square called Old Gold. With its dark 1970s style wood paneling, built-in bar and enough floor space for a pool table, Old Gold looked like an old rumpus room. It was anything but  neutral and its unapologetic, undeniable character forced artists to continually incorporate the space into their exhibitions. Mekkelsonâ€™s project was no different. Limited Entry was based entirely on the unique environment. And at that particular time, it was significantly cooler than anything outdoors.

In order to access the stairs down to the gallery, one walked through a front gate and around the side of an apartment building. According to rumor, the landlord and upstairs resident did not know Old Gold existed. Being an unpredictable fellow, gallery directors Kathryn Scanlan and Caleb Lyons preferred to keep the professional aspect of their curatorial project discreet. They didnâ€™t advertise much and the only label on the door was composed from Home Depot stickers, appearing more like the absent-minded work of a teenager than anything formally significant. This place was easy to miss. (read more)