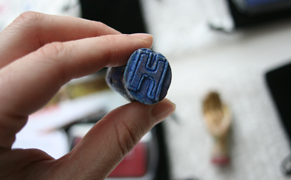 Hyperallergic is a forum for serious, playful and radical thinking about art in the world today.

Created by husband-and-husband team, Veken Gueyikian and Hrag Vartanian, Hyperallergic officially launched on October 14, 2009. It combines the best of art blog and magazine culture by focusing on publishing quality and engaging writing and images from informed and provocative perspectives.

The site was theÂ winner of Best Art Blog at the 2011Â Art & Reality ConferenceÂ in St. Petersburg, Russia.

In addition to the blogazine, our fast-growingÂ Hyperallergic LABSÂ is one of the largest art blogs on Tumblr. It is a visual laboratory that explores weekly themes through art and mines the internet for images, memes, quotes, links and videos. LABS is an online experiment that welcomes public submissions for itsÂ Talk Back TuesdayÂ feature every Tuesday and itsÂ Events ThursdayÂ feature every Thursday. To submit content, visitÂ hyperallergic.tumblr.com/submit

TheÂ Hyperallergic NewsletterÂ is sent out weekly and includes a letter from the editor with a recap of the most popular and important stories from the week. (Subscribe here) Newsletter subscribers also get first dibs on Hyperallergic events, that include discussions, parties, screenings and performances.