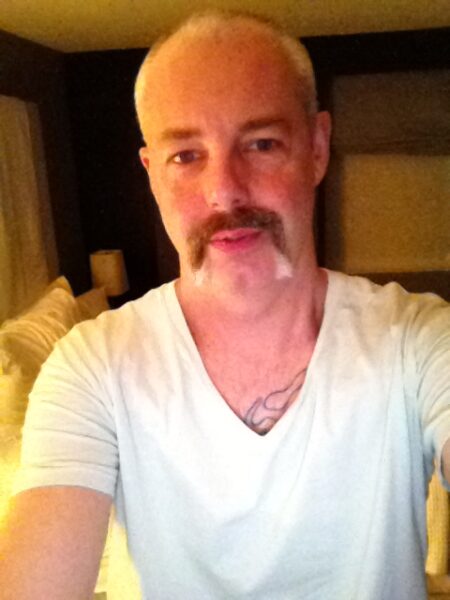 Steve Reinke is an artist and writer best known for his single channel videos, which have been screened, exhibited and collected worldwide. He received his undergraduate education at the University of Guelph and York University, as well as a Master of Fine Arts from NSCAD University. The Hundred Videos â€” Mr. Reinke’s work as a young artist â€” was completed in 1996, several years ahead of schedule. Since then he has completed many short single channel works and has had several solo exhibitions/screenings, in various venues such as the Museum of Modern Art (New York), the National Gallery of Canada (Ottawa), The Power Plant (Toronto), the Art Gallery of Ontario (Toronto), the International Film Festival Rotterdam and the Argos Festival (Brussels), Barcelona Museum of Contemporary Art, and the Tate (London).

His tapes typically have diaristic or collage formats, and his autobiographical voice-overs share his desires and pop culture appraisals with endearing wit. His fertile brain and restless energy have led to a prolific output: Reinke’s ambitious project The Hundred Videos (1989-1996), which runs about five hours, appeared first in a VHS video-cassette compilation, then was released as a triple DVD set by Art Metropole in Toronto in 2007. His double DVD set My Rectum is not a Grave (Notes to a Film Industry in Crisis), also from Art Metropole, 2007, includes fourteen titles dating from 1997 to 2006.

Mr. Reinke’s video work is an extension of literature, focusing on the voice and performance. His video essays often feature first-person monologues in an ironic/satiric mode. Where earlier work was often concerned with an interrogation of desire and subjectivity, more recent work, collected under the umbrella of Final Thoughts, concerns the limits of things: discourse, experience, events, thought. His single channel work is distributed in Canada by Vtape and he is represented by Birch Libralato Gallery in Toronto.

He is currently associate professor of Art Theory & Practice at Northwestern University. In the 1990’s he produced a book of his scripts, Everybody Loves Nothing: Scripts 1997 â€“ 2005, which was published by Coach House (Toronto). He has also co-edited several books, including By the Skin of Their Tongues: Artist Video Scripts (co-edited with Nelson Henricks, 1997), Lux: A Decade of Artists’ Film and Video (with Tom Taylor, 2000), and The Sharpest Point: Animation at the End of Cinema (with Chris Gehman, 2005).

In awarding the Bell Canada prize for Video Art to Steve Reinke, the assessment committee said: â€œSteve Reinke is one of the most influential artists currently working in video. With the first installments of The Hundred Videos in the early 1990’s he led a generation away from the studio into a new conceptual fiction. But Mr. Reinke’s contribution goes beyond his important tapes, he is a committed teacher and he has edited and co-edited several important media arts anthologies.â€