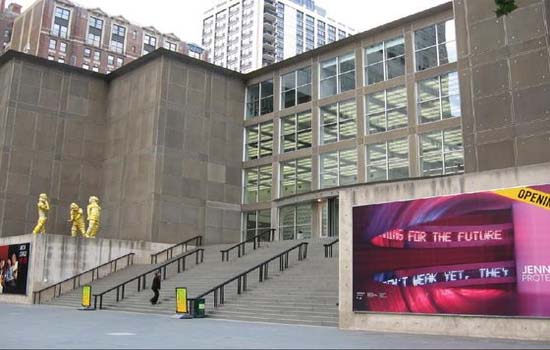 This week: The second installment of our pirate radio sessions, recorded live from NADA 2011! We are joined by local heroes The Museum of Contemporary Art, Chicago curators Michael Darling and Naomi Beckwith.

Naomi Beckwith is a curator at the Museum of Contemporary Art, Chicago. Beckwith joined the curatorial staff in May 2011. A native Chicagoan, Beckwith grew up in Hyde Park and attended Lincoln Park High School, going on to receive a BA in history from Northwestern University in Evanston, Illinois. She completed an MA with Distinction from the Courtauld Institute of Art in London, presenting her master’s thesis on Adrian Piper and Carrie Mae Weems.

Afterward, she was a Helena Rubenstein Critical Studies Fellow at the Whitney Museum Independent Study Program in New York. Beckwith was a fall 2008 grantee of the Andy Warhol Foundation for the Visual Arts and was named the 2011 Leader to Watch by ArtTable. She serves on the boards of the Laundromat Project (New York) and Res Artis (Amsterdam).

Prior to joining the MCA staff, Beckwith was associate curator at The Studio Museum in Harlem. Preceding her tenure at the Studio Museum, Beckwith was the Whitney Lauder Curatorial Fellow at the Institute of Contemporary Art, Philadelphia, where she worked on numerous exhibitions including Locally Localized Gravity (2007), an exhibition and program of events presented by more than 100 artists whose practices are social, participatory, and communal.

Beckwith has also been the BAMart project coordinator at the Brooklyn Academy of Music and a guest blogger for Art21. She has curated and co-curated exhibitions at New York alternative spaces Recess Activities, Cuchifritos, and Artists Space.

Beckwith curated the exhibition 30 Seconds off an Inch, which was presented by the Studio Museum in Harlem November 12, 2009 â€“ March 14, 2010. Exhibiting artworks by 42 artists of color or those inspired by black culture from more than 10 countries, the show asked viewers to think about ways in which social meaning is embedded formally within artworks.

Darling received his BA in art history from Stanford University, and he received his MA and PhD in art and architectural history from the University of California, Santa Barbara. Darling has worked as an independent writer and curator, contributing essays on art, architecture, and design to publications including Frieze, Art Issues, Flash Art, and LA Weekly. Darling frequently serves as a panelist, lecturer, and guest curator on contemporary art and architecture.

Prior to joining the MCA, Darling was the Jon and Mary Shirley Curator of Modern and Contemporary Art at the Seattle Art Museum (SAM), where he was awarded SAM’s Patterson Sims Fellowship for 2009-10. In 2008, Darling began the program SAM Next, a series of contemporary art exhibitions presenting emerging or underappreciated artists from around the globe. Artist Enrico David, who exhibited as part of SAM Next, has since been nominated for the Turner Prize.