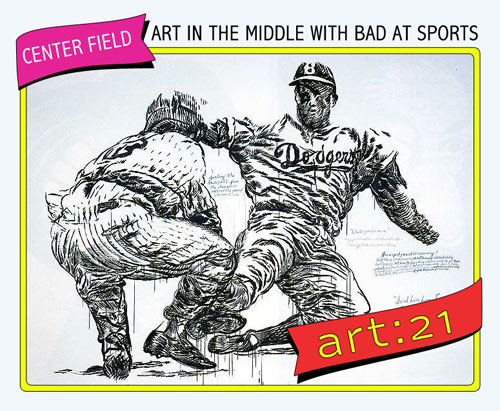 Last September,Â DePaul Art MuseumÂ hosted an epic group exhibition, featuring Imagist artist work on the first floor and a contemporary generation of artists on the second. While those contemporaries have in many respects plotted their own independent and respective courses, there was something refreshing about co-curators,â€™ Dahlia Tulett-Gross and Thea Liberty Nichols, ability to highlight the visual and theoretical connection between generations. The resulting exhibition,Â Afterimage,Â illustrated a visual legacy, reinvigorating the past while demonstrating itâ€™s transformation into the present.

Caroline Picard:Â Often collaborative curatorial projects come from on-going conversations â€” how did you two conceive of the Afterimage show?

Thea Liberty Nichols:Â Youâ€™re right on target in thinking that the show evolved through a series of ongoing conversations, but ultimately, Dahlia came up with the idea. Sheâ€™s connected to a lot of local galleries and has built relationships with dozens of artists. Recognizing a renewed interest in the Imagists among contemporary artists who, rather than obscure or reject their connection to them, prized it, she isolated a certain look or feel that many of those artists shared with the Imagists. She approached me about co-curating with her partly because I had written my thesis on the Imagists. Ultimately, our commitment to showcasing the work of every artist as an individual within the larger context of our show led toÂ the publication of an exhibition catalog, which we were so pleased to include you in!

CP:Â What was so important about platforming art with writing in the catalogue?

TLN:Â We were dedicated to creating some enduring historical record since, like Imagism itself, thereâ€™s a lot of historical background noise about art writing in Chicago â€” both its quality and its outlets, or lack there of. In both instances, rather then engage distant and stale debates, we wanted to have a new conversation featuring new voices. We were lucky to work with a whole host of arts writers, including arts journalists, critics, curators and even some visual artists who also write for our publication.Â go here to read more.