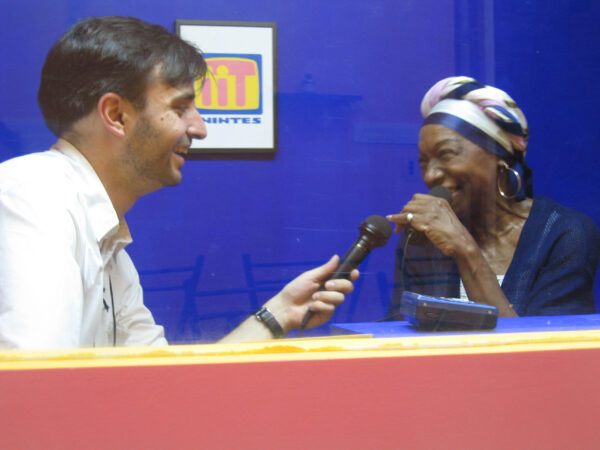 This week: More Open Engagement “SoPra”! This week we talk to Pablo Helguera!

Pablo Helguera (Mexico City, 1971) is a New York based artist working with installation, sculpture, photography, drawing, and performance. Helgueraâ€™s work focuses in a variety of topics ranging from history, pedagogy, sociolinguistics, ethnography, memory and the absurd, in formats that are widely varied including the lecture, museum display strategies, musical performances and written fiction.

His work as an educator intersected his interest as an artist, making his work often reflects on issues of interpretation, dialogue, and the role of contemporary culture in a global reality. This intersection is best exemplified in his project, â€œThe School of Panamerican Unrestâ€, a nomadic think-tank that physically crossed the continent by car from Anchorage, Alaska to Tierra del Fuego, making 40 stops in between. Covering almost 20,000 miles, it is considered one of the most extensive public art projects on record.

Pablo Helguera performed individually at various museums and biennials internationally. In 2008 he was awarded the John Simon Guggenheim Fellowship and also was the recipient of a 2005 Creative Capital Grant. Helguera worked for fifteen years in a variety of contemporary art museums. Since 2007, he is Director of Adult and Academic programs at the Museum of Modern Art, New York.

He is the author, amongst several other books, of The Pablo Helguera Manual of Contemporary Art Style (2005), a social etiquette manual for the art world; The Boy Inside the Letter (2008) Theatrum Anatomicum ( and other performance lectures) (2008), the play The Juvenal Players (2009) and What in the World (2010).