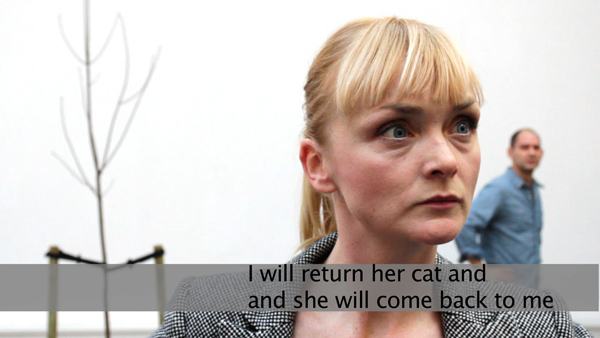 This week: Brian and Patricia are joined by Tess Thackara in a rollicking conversation with artist Jonn Herschend. They discuss amusement parks, rugby, the art world’s need for humor, THE THING Quarterly, and of course Jonn’s diverse studio practice.

Raised in a midwestern amusement park, Jonn Herschend is an interdisciplinary artist, filmmaker and experimental publisher preoccupied with how emotional confusion, absurdity and veracity play out in the realm of the everyday. His performances, video work, and installations have included works such as a self portrait as a PowerPoint proposal for an amusement park ride, an infomercial about ambiguity, and a motorized trolley tour of places where personal crisis became public.

His work has been exhibited nationally and internationally including the Stuttgarter Filmwinter Film festival, Germany; Koh-i-noor, Denmark; LKV Gallery, Norway; the Cleveland Museum of Contemporary Art; the Pacific Film Archive, Berkeley; Southern Exposure and The Yerba Buena Center for the Arts in San Francisco. He is the co-founder and co-editor, along with Will Rogan, of the experimental publication THE THING Quarterly, and is a recent recipient of a Danish Arts Council grant for his work as co-curator, along with Heidi Hove, of the Deadpan Exchange international exhibition series, He has been a visiting lecturer at the University of California Berkeley, San Francisco State University, California College of Art and Stanford University.