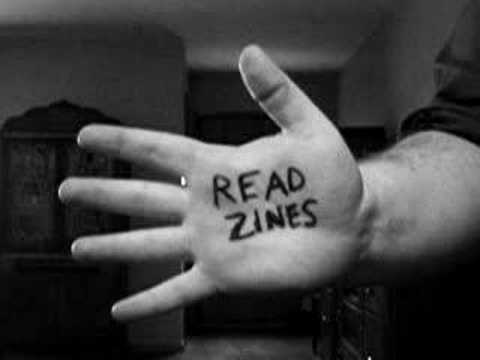 I recently interviewed Anne Elizabeth Moore for the Art21 blog. Our interview ran over the prescribed length but I was still pretty fascinated in what AEM had to say. Thus, I’ve posted the extension of the interview here. First, we talk about copyright issues–what seems of real interest, given that making visual/creative work (especially outside of a stream-lined commercial business context) begs such questions. For instance, I’ve worked with authors who have insisted on using Creative Commons (not a problem with the GLPress since the author/artist always keeps the rights to whatever we print), and Creative Commons is awesome, maybe even preferable, but how to think about it? What does it mean? Well, Anne Elizabeth Moore to the rescue, because she has thought about it. ALOT. Maybe in part because her namesake created the first copyright way back when. Aside from copyrights, we also talk about her Fulbright and what she’s doing in Cambodia. Which is also well worth the read. So.

CP: How do you deal with copyright issues?

AEM: Depends on the project. I’m not a big fan of current copyright law and it’s ease for corporate abuse, but I’ve also seen how the copyright activists tend to be these loud, masculine players who are just as aggressive as, say, those corporations that virulently defend their copyright despite fair-use defenses. So let me say this once: demanding I give up my copyright as a matter of politics is just as shitty as suing me for using yours. I’ve been involved in some fairly big-deal copyfights, and I’ve just seen the same thing, over and over and over: the loud white obnoxious psuedoradical dudes, usually also the best educated and with the most money, consistently have the most say. It’s weird, right? That in this supposedly deliberate anti-corporate field of criminal activity, we’ve got the same problem as in boardrooms across America: rich white dudes grabbing all the power. So I started to look into it more, and it’s a pretty complex matter. Because copyright doesn’t actually cover all matters of intellectual property rights: there are a ton of things that we do, make, use, and create that we don’t bother to assign copyright to. Cooking, for example, and quilting and knitting and sewing. Traditionally known as women’s work. Most of this isn’t eligible for copyright because, in the theory that went into creating the law, they worked from the accrued common knowledge of a group of people and result in products that are intended for private consumption. So: the law is publicly acknowledging that some work traditionally identified as feminine doesn’t matter in terms of this law, which after all is about the right to have ownership over, but also profit from, your own work. This is therefore a law that is fundamentally flawed, in several different arenas. Fighting it on its own terms isn’t going to change the basis of our understanding about the kinds of work that matters and the kinds of work that don’t. And so also, Creative Commons isn’t going to challenge this law to the degree I feel it needs to be challenged. And look at the basis of the law: that the accrued common knowledge of a group of people working together on something? I’m all about that kind of work. You cannot tell me that it does not have value. Although I will hear arguments that its primary value is in creating corporate-resistant structures unacknowledged by our current legal system. But we get confused in the States. When the legal and corporate world tells us something has value, we don’t have much space to rethink that. Even the copyright pirates, right? The copylefters, a thing that I first heard about in zine culture: this is a proposal to freely re-use work, to open it up to any and all users, for any purposes whatsoever. This is helpful, but it doesn’t say, here are all the ways this law is wrongly established.

What I’m for is the first copyright. Some 1790-ish thing called the Statute of Anne, this first copyright law in the UK gave creators rights to their own work for a very reasonable period of 14 years. The end. It would be great if this applied to all created works–quilts, family recipes, etc.–and if the profit-making edge copyright has taken on especially in recent years were eradicated from the whole deal, so that creators would feel empowered to defend this work for this short time on the basis of its own merits and not for its money-making potential. But until copyright law is challenged fully and on all the bases that I feel it needs to be challenged, I will continue to respond to each individual project with a unique take on copyright that challenges it on the grounds I think it needs to be challenged on.

Like, a 2004 zine about Starbucks marketing and branding strategy in underground culture. Because they had recently tried to take Kieron Dwyer to court, an associate from my comic-book days, I assigned copyright of this very critical piece to Starbucks, and then distributed it inside Starbucks around the US. Actually it’s still in circulation, and I just got an email from someone who found it a few months ago. [ONLINE SOMEWHERE AT ANNEELIZABETHMOORE.COM] Or I will pirate things when I need toâ€”the American Girl Doll cards, for example. I have yet to do a project where I needlessly copyright something created by a large number of people just to prove a point, but I do assign full credit within works I complete on their behalf, and don’t register them for separate copyright. And then here in Cambodia, there is no copyright law. So every single thing I do here is purely contributory, or could be, or hopes to be.

CP: I was wondering if you could talk a little bit about your Fulbright….

AEM: So I was invited to teach media and communications in Phnom Penh for the winter term, and I actually just gave a little intro lecture to my students yesterday. There, because the country’s been so poor in the past–it’s developing now, and rapidly–the way globalization takes hold is really, really evident. And because there is a visible middle class there now, whereas there was not three years ago (when I started working there, on the self-publishing project I mention above), there are also the markers of the middle class: namely, advertising. What I’ll be studying here with my students is the rise of advertising in a country where most of the nation earns less than $60 per month, often supported by young women in the garment factories, who of course unknowingly supply the world with clothes sold under brands like H&M, Gap, Adidas, Bennetton, and Nike. What happens in an insane context like this is, those same brands are being pushed on the makers of them, but no connection to the process of creation, or between their wages and the price point, is ever acknowledged. Yesterday I met a kid who proudly whipped out an iPhone he doesn’t know how to use. You may know I first came here right after my book Unmarketable came out, about the cooptation of the cultural underground by marketing forces. It was very well received, and this was all very exciting, but there I was in Cambodia where, like the town was getting excited about the very first KFC (called here Khmer Fried Chicken, of course) opening up. Unmarketable made no sense. I was asked to come give a lecture on it at a university here, and it was like, OK: but first I have to explain what a cultural underground is, and then I have to explain about what marketing is. And then I have to explain what resistance movements are. Now, in three years, Cambodia has caught up the our most globalized cultures in terms of advertising if not in terms of actual economic development. What’s up with that?