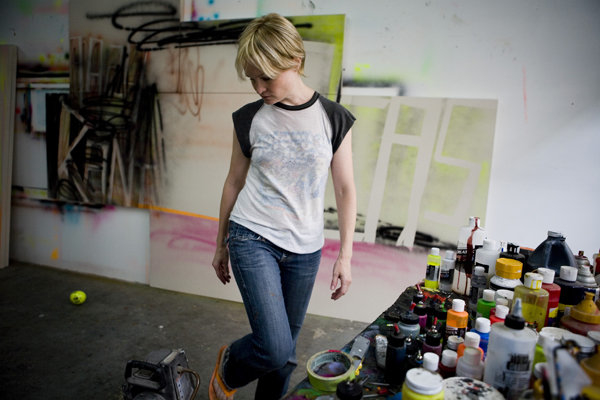 This week on the Amanda Browder show, Amanda and her trusty side kick Tom visit Wendy White’s Brooklyn studio. The discuss Wendy’s paintings as she finishes up a bunch for her current exhibition at Andrew Rafacz gallery in Chicago. Amanda finally finds a painter that she likes in Wendy and Tom learns that Amanda is not a sculptor (as he had believed), but she in fact works in a new genre (to Tom) called “Fibers”.

Wendy White is a New York painter who has shown all over the world, including recent shows in New York, Madrid, Amsterdam, Tokyo, and even Omaha! Her work has been discussed and reviewed extensively by the art intelligencia in such publications as ArtForum, Art in America, The Brooklyn Rail, the Huffington Post and the Gay City News.