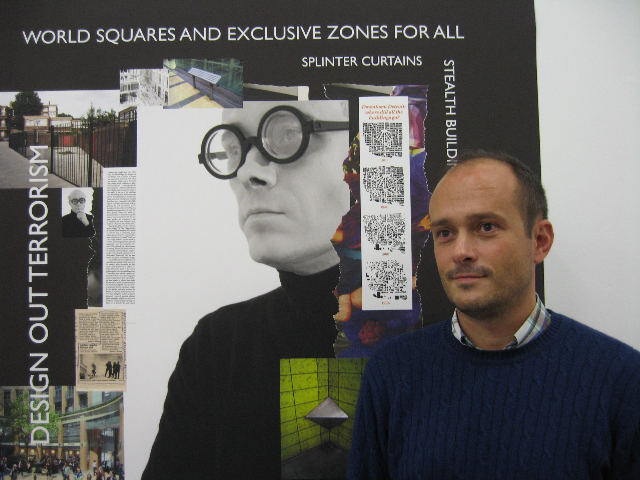 This week: We talk with artist and visionary Nils Norman.

Nils Norman was born in Kent, England in 1966. He studied fine Art Painting BA Hons at St. Martins School of ArtÂ in London. After graduating in 1989 he moved to Cologne, Germany. There he lived for three years and collaborated with the artists Stephan Dillemuth and Josef Strau at their experimental storefront project Friesenwall 120, during this time Norman also set up a small gallery space in London, which later became Milch. In Cologne Norman worked for one year assisting the German painter Gerhard Richter in his atelier.

His first US exhibition was at the Pat Hearn Gallery in Chelsea (with Denis Balk and Simon Leung), after which he began to be represented by the late Colin Deland at American Fine Arts.

Norman founded an experimental space called Poster Studio on Charing Cross Road, London. This space was a collaborative effort with Merlin Carpenter and Dan Mitchell. In 1998 in New York he set up Parasite, together with the artist Andrea Fraser, a collaborative artist led initiative that developed an archive for site-specific projects.

Norman now lives and works in Copenhagen. He exhibits internationally in commercial galleries, museum, and in public and alternative spaces. He writes articles, designs book covers and posters, collaborates with other artists, teaches and lectures in European and the US. Norman completed a major design project: an 80m pedestrian bridge and two islands for Roskilde Commune in Denmark in 2005 and is now working together with Nicholas Hare Architects on a school playground project for the new Golden Lane Campus, East London. He has recently finished an artist residency at the University of Chicago, Chicago, USA.