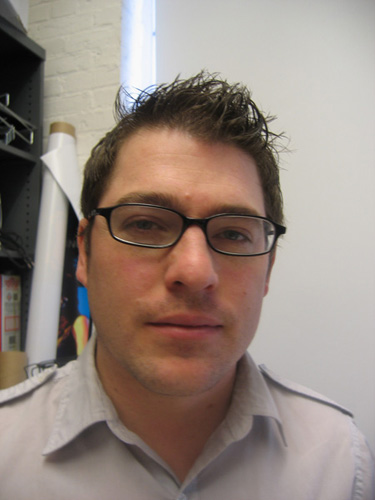 This week: HolyÂ bicenquinquagenary Batman!Â Brian and Duncan (and guest stars including but not limited to Randall Szott) talk to Creative Time chief curator, author, and all around interesting guest Nato Thompson.

This show is the second in the series of interviews recorded at the Open Engagement conference at which Mr. Thompson was a guest. This series already charts among some of my favorites in the history of the show. Enjoy!

Since January 2007, Nato has organized major projects for Creative Time such as Democracy in America: The National Campaign (2008), Paul ChanÃ‚â€™s acclaimed Waiting for Godot in New Orleans (2007) and Mike Nelsonâ€™s A Psychic Vacuum. Previous to Creative Time, he worked as Curator at MASS MoCA where he completed numerous large-scale exhibitions such as The Interventionists: Art in the Social Sphere (2004), a survey of political art of the 1990s with a catalogue distributed by MIT Press.

His writings have appeared in numerous publications including BookForum, Art Journal, tema celeste, Parkett, Cabinet and The Journal of Aesthetics and Protest. The College Art Association awarded him for distinguished writing in Art Journal in 2004. He recently curated an exhibition for Independent Curators International titled Experimental Geography with a book available by Melville House Publishing. His book on art and activism is due out by Autonomedia in October 2009.